I did?
Reactions: Twin_Moose

Pull it up.
Reactions: Twin_Moose

when I was in skool, Back around the dawn of time there were three genders. Boys, girls, and teachers. We figured this out by looking at bathroom doors.
Reactions: Twin_Moose

My bad, it was TM, not you, having the issue.
Reactions: petros

Nothing sadder then a gal with penis envy

Danbones said:
Nothing sadder then a gal with penis envy

Yeah, sometimes I do get that... but then you post and it makes me realize that if I did it'd be bigger than yours and I'm not so 'envious' anymore

Serryah said:
My bad, it was TM, not you, having the issue.
Click to expand...

When did I have the issue?
Reactions: petros and Danbones

Serryah said:
Yeah, sometimes I do get that... but then you post and it makes me realize that if I did it'd be bigger than yours and I'm not so 'envious' anymore
Click to expand...

There you go with the fakenews bullsh!t again beardie.

You really are seriously delusional .

Get help. Tax dollars will pay for it.
Reactions: Serryah and Twin_Moose

How long before they start censoring this forum

After all the server location for this forum is in New York!
Reactions: Mowich, petros and Twin_Moose 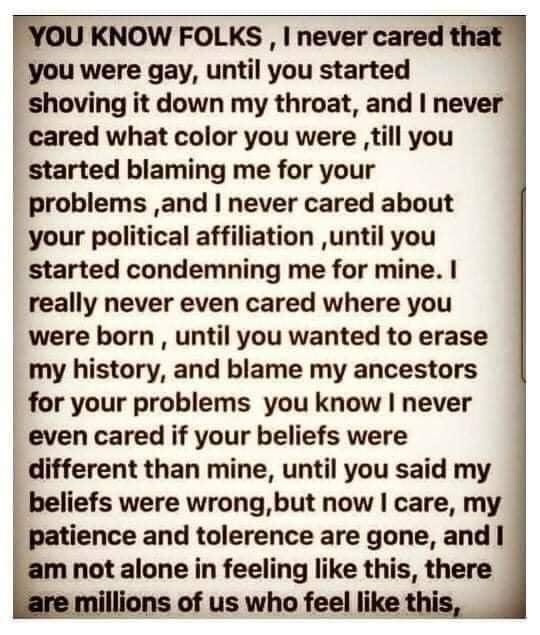 This is an interesting video by Glenn Beck. I have followed him for years when he was on Fox. I found him rather interesting as anything he was saying he was able to back up. And, I've found that pretty much everything that he said 10+ years ago has or is coming was correct. He was called "crazy" and was spewing lies, etc. and eventually drummed out of the MSM. While he did suffer from some personal issues they didn't take away about how right he was about what he was saying. I was amazed at the detail he went into each show as to how & why stuff was happening currently, and what to expect in the future. I didn't quite know what to make of what he was saying but would, periodically, investigate what he said only to find that it was true and that he was not being a conspiracy theorist or was lying about the information he was finding.

One of the several shows he had, he explained how George Soros & his followers were involved in everything Marxist and what "foundations" he supported (there are many) and what he said those "foundations" stood for & were trying to do which was basically to destroy the Constitution & the Bill of Rights. He saw that the freedom of speech, the right to bare arms, the clout of government that, if went unchecked, would basically destroy America. In retrospect, I'm amazed at how right he was about what he suspected was going to happen if people didn't pay attention.

People decried his accusations (which, as I said earlier he supported with facts & encouraged viewers to "fact check" what he was saying). Now most of what he said has come to fruition. These same people who try to convince us that he's crazy or doesn't know what he's talking about are the same people doing what he said they would do & they are trying to destroy him & the media he's built, again.
Reactions: taxslave, petros, Serryah and 1 other person

Twin_Moose said:
It would be semi private and they know their gender
Click to expand...

They are biologically separated Men's prisons and women's prisons aren't they? And how do they distinguish between the guilty to which prison they would belong too? 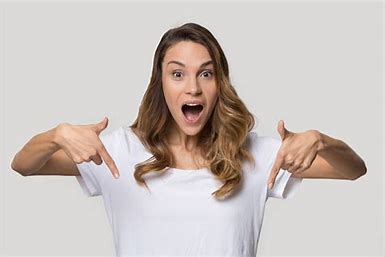 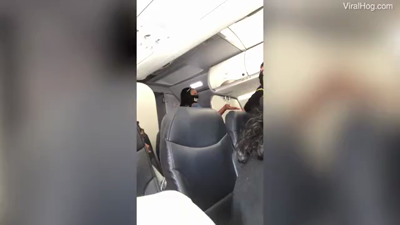 Raven Constantine on Gab: 'SO SICK OF THIS. WHERE DID SHE LEARN THIS BEHAVIOR? WHO WOULD TALK LIKE THAT? A FOOL WOULD.'

Elitism/privilege comes in every race