Interesting a couple days after the election this comes out

petros said:
If Trudeau's old man was the commie does that make Justin a sphincter baby?
Click to expand... 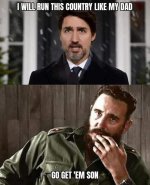 It seems political in its timing, the RCMP waited until three days after the election to announce charges against two SNC-Lavalin companies and two former executives.

Turns out that when it comes to the justice system in Canada, it appears that it really does matter who you know.

SNC-Lavalin is a politically connected and favoured company that has engaged in fraud, bribery and corruption in obtaining government contracts in Canada and elsewhere.

Now the company is facing new charges but is likely to walk away with little more than a fine even if the charges can be proven. Quebec’s prosecutors are looking at a deferred prosecution agreement.

It’s all about the jobs, as long as they’re in Quebec, Right? Would that be what the RCMP says? http://apple.news/AQDirYTpRSc2W1B82K9XLBQ
Reactions: Twin_Moose and taxslave

Justin Trudeau offers a FAKE apology for going to Tofino​

And, as Candice Malcolm explains – the story is getting worse by the day for Justin Trudeau.

On Thursday, we learned that the owner of the luxury beachfront mansion that Trudeau stayed in LOBBIED the Federal Government, including Trudeau’s office.

Was it a quid pro quo? Is this another Ethics violation? Candice breaks down all the facts in Trudeau’s latest unravelling scandal.
Reactions: Dixie Cup, taxslave and Ron in Regina

You dare question Justin Trudeau’s morals & ethics on this matter? ‘How Dare You?’

Are you seriously try’n to tell me you didn’t jump on a private (9,000km+ round trip) flight on a Thursday morning for a 1 or 2 (or 3?) day vacation to a private seaside mansion while preaching about saving the planet and reducing our personal carbon footprint’s while imposing a carbon tax on others abilities to heat their homes and get back & forth to work to feed our families and pay our taxes? 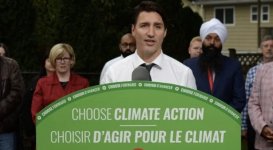 Are you trying to tell me that you also didn’t do the above like the other 37,000,000 Canadians surely did on September 30th? Didn’t we all do this (?) ‘cuz we’re all supposed to learn something from it, right? 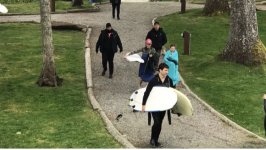 Trudeau will not bare any responsibility & will "slide out" from under this. His Laurentian buddies will ensure that.
Reactions: taxslave, Twin_Moose and Ron in Regina

Dixie Cup said:
Trudeau will not bare any responsibility & will "slide out" from under this. His Laurentian buddies will ensure that.
Click to expand...

They will throw him under the bus once he outlives his usefulness .
Reactions: taxslave

One of the most revolting things I ever saw was turdOWE kissing the Long Beach Airport manager's kid on the tarmac.
ETA : Worse his wife seemed thrilled by it.
You must log in or register to reply here.
Top Bottom