Wear a sweater or you'll catch a variant.
Reactions: Twin_Moose and taxslave

petros said:
Wear a sweater or you'll catch a variant.
Click to expand...

Get your booster booked.
Reactions: Twin_Moose

Move over Lambda you're yesterday's news

‘NO TRESPASSING’ – Lawmaker Says Vaccine Harassers Can Be Charged​

Woah what happened to 1 death is too much?

That would put deaths from COVID-19 Vaccine higher on the list than AIDS, drownings and Hepatitis.

Alex BELFIELD ( Hiya SLEEEPERZ! ALEX ALEX ALEX! ) "there are only two (O'fischal gubbermint) graphs you need to see..."
Pro Hint: infections from the fakeassed PCR test are up and deaths have FLATLINED.

Yeah, if one had stopped the NUREMBERG level murdering early ( by not suppressing known ACTUAL information AND KNOWN safe cures, and likely NOT even making the "virus" in the first place) it would have been good. But the truth is a conspiracy theory....and so the socalled "elights" can carry on with the happy killing.
Last edited: Jul 11, 2021
Reactions: Twin_Moose

Masks and distancing are kaput in SK.

Vaxxed have a 990% more chance of dying​

Vaxxed have a 990% more chance of dying

( For all you ALEX JONES HATING vaccine conspiracy theorists: The phe is public-health-england

We exist to protect and improve the nation’s health and wellbeing, and reduce health inequalities. PHE is an executive agency, sponsored by the Department of Health and Social Care .

Move comes as Pfizer plans to seek clearance from U.S. regulators to distribute a booster shot​ 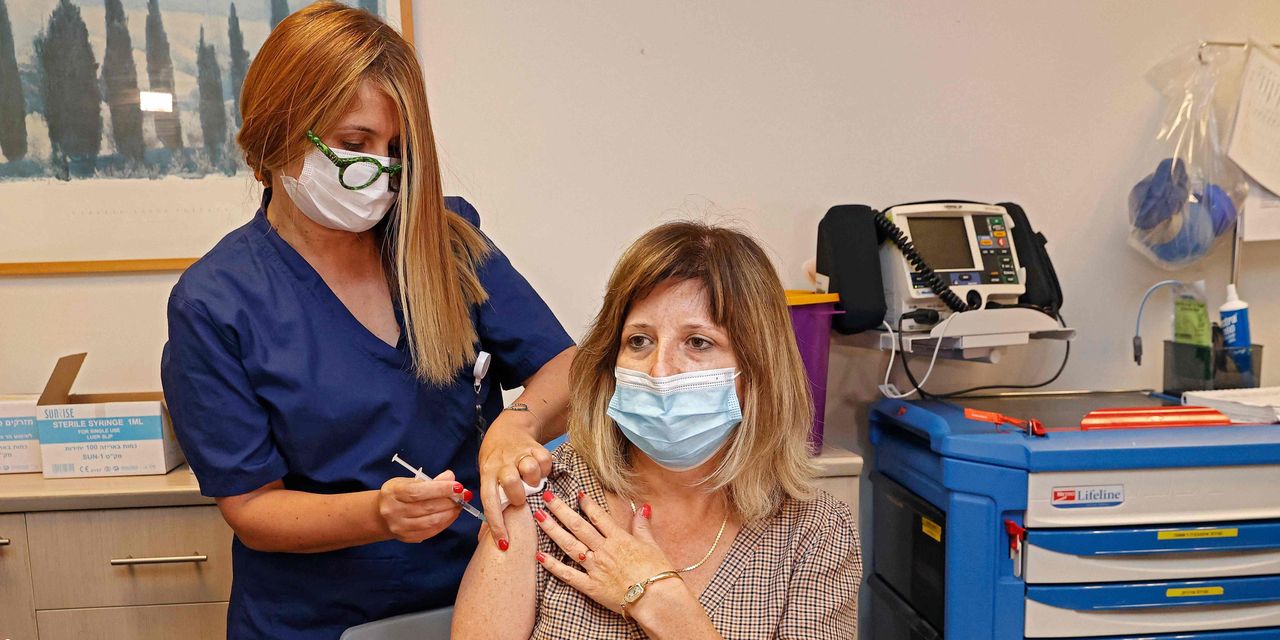 Israel’s health ministry said a third dose of the Pfizer vaccine would be offered to people who are immunocompromised, including those who have undergone organ transplants.

So..."freedom" means being on the needle ( to a company like JandJ who started the opiate pill epidemic or to pizer who were sued for billion for knowing there was asbestos in the babie's talcum powder which causes cancer ) for the rest of a very shortened life, not to mention wondering if the driver in the next car or the pilot of the plane is going to have a vaccident or stroke out....It's just MOBSTERS INVESTING - Who knew?

HaHa, maybe Bill Gates was right: maybe there ARE WAY TOO MANY people.


The US Sun:
SHADY DEALINGS 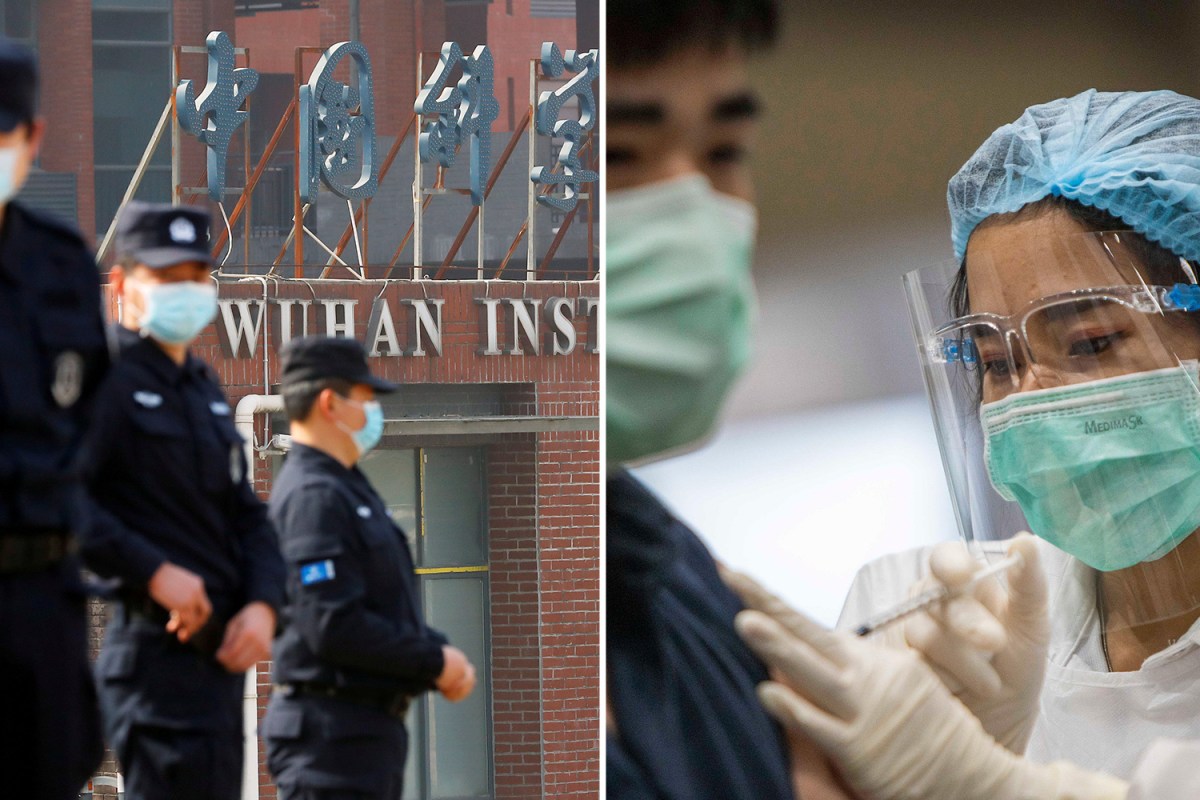 A CHINESE military scientist filed a patent for a Covid vaccine before the pandemic was declared and mysteriously died just weeks later. Yusen Zhou, who worked for the People’s Liberation Army, lod…

AMailOnline headline on 13 June read: “Study shows 29% of the 42 people who have died after catching the new strain had BOTH vaccinations.” In Public Health England’s technical briefing on 25 June, that figure had risen to 43% (50 of 117), with the majority (60%) having received at least one dose. 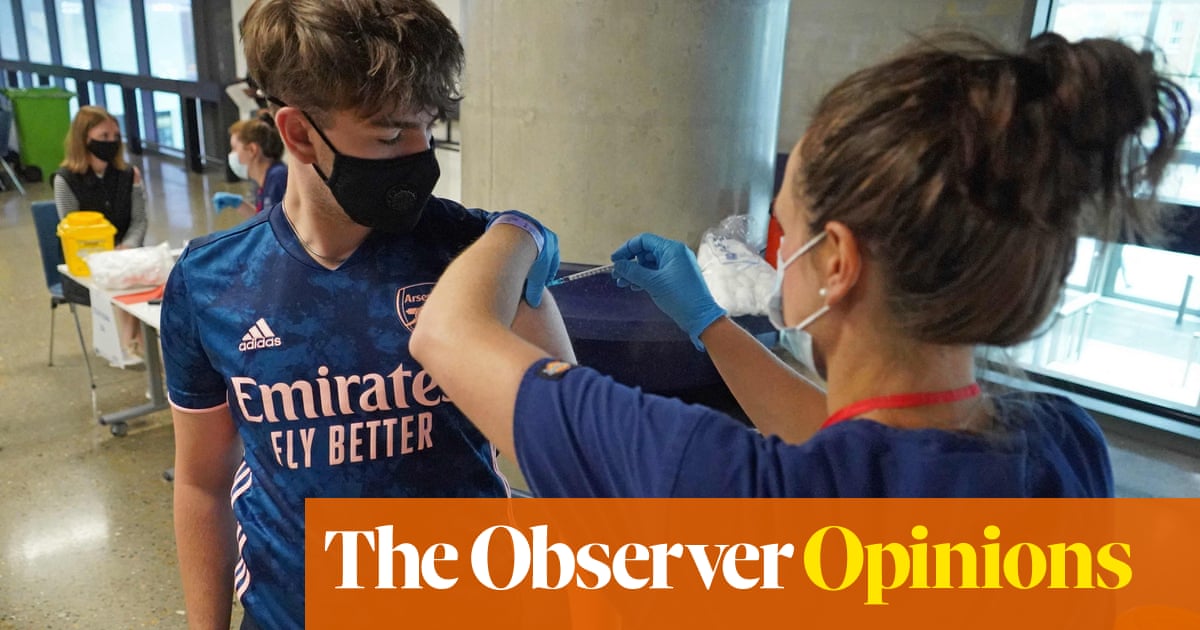 Don’t think of this as a bad sign, it’s exactly what’s expected from an effective but imperfect jab

LOL, stay a sleep alex jones haters ...people might just think you are just dead and bury you...

Vaccine experts are warning the federal government against rushing out a coronavirus vaccine before testing has shown it's both safe and effective. Decades of history show why they're right.

There you have the final word 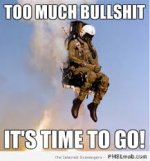 here is you fact checkers bub

Peter Daszak has lost his public position as the chief defender of the Wuhan lab, after he was forced to recuse himself from the UN-backed COVID19 origin investigation amid the scandal that he personally spearheaded the Lancet letter claiming that the Wuhan lab leak theory was debunked. Now, in a new feature profile by Bloomberg, another Western scientist appears to be attempting to become the new face of the defenders of the Wuhan lab, Dr. Danielle Anderson, an Australian scientist who worked in the Wuhan lab itself until November 2019.

Dr. Anderson’s interview has been widely shared throughout the media, including Newsweek, HuffPost, the Hill, the Daily Beast and was also highly promoted by Chinese Community Party outlets such as the South China Morning Post, Global Times, and the Beijing Daily.

Chinese Ministry of Foreign Affairs Spokesperson Wang Wenbin made sure to note Dr. Anderson’s denials, going so far as to praise her for upholding ‘science, reason, and objectivity.’

While Daszak’s denials of the lab leak theory were absolutist, Dr. Anderson is taking a more nuanced approach, saying that while the lab leak cannot be ruled out, she does not believe COVID19 was ‘engineered.’

However, this is a major pivot for Dr. Anderson, because she herself played a role in censoring reporting on the lab leak theory throughout 2020. While Facebook removed the ban on discussing the lab leak theory in late May 2021, Dr Anderson served as a contributor to the Facebook fact-checking outlet “Science Feedback” and its partner outlet “Health Feedback” which routinely labeled questions about the Wuhan lab as ‘incorrect’ or ‘low credibility’ causing Facebook to censor and shadowban the content.

A search of Dr. Anderson’s publications shows that she has been a frequent collaborator of Peter Daszak, as well as Shi Zhengli, the so-called ‘Bat Woman’ known for gain-of-function tests on bat coronaviruses.

Peter Daszak has lost his public position as the chief defender of the Wuhan lab, after he was forced to recuse himself from the UN-backed COVID19...

What happened to your pic bub? ..another turtle post eh?

There you have the final word

⁣"Evidence suggests people who have received the COVID “vaccine” may have a reduced lifespan as a result of the acute, subacute and long-term effects from the COVID injection" Dr Mercola: https://www.mercola.co

Of course Dr Vladimir Zelenko has been CURING covid without a vaccine...What would he know, eh?


Bin nice knowin' you haters though...

Danbones said:
What happened to your pic bub? ..another turtle post eh?

Are you Leiden Factor V or Double allele LFV?

Have you been tested for it? What's your INR?
You must log in or register to reply here.
Top Bottom