Every GD day, another shooting in Canada.

I wonder where the open carry/concealed carry folks were to prevent this from happening?

Apparently there was a shooting outside of Toronto today.... this is from CBC news.... look at what OPP MARKED THE BULLET CASINGS WITH 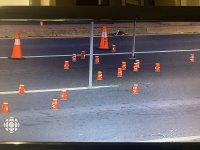 Apparently there was a shooting outside of Toronto today.... this is from CBC news.... look at what OPP MARKED THE BULLET CASINGS WITH

That's what happens when you hold your gun like this 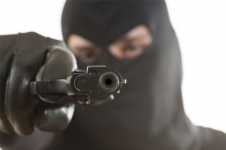 This past weekend, a man and a woman were arrested in connection with a wild shootout that left two people wounded last Wednesday. Rashawn Samuels, 26, of Ajax, and 24-year-old Sareena Ambursley Johnson face numerous charges.

In the video released by Durham Regional Police on Monday, a black Hyundai sedan is seen coming to a stop near an intersection. Two people are seen exiting the vehicle and storming a white sedan that is stopped ahead of them. They appear to draw weapons and shoot at the white vehicle before returning to their vehicle and driving away. At that point, someone appears to exit the white vehicle and flees the scene on foot.

More than 40 shots were filed in the melee, police said.


Samuels and Johnson were both wounded and arrested at the hospital, where they were treated for non-life-threatening injuries.

This advertisement has not loaded yet, but your article continues below.
Article content
The suspect vehicle was located by Toronto Police on Meadowvale Rd. in Scarborough after being abandoned and set on fire. It is believed the suspects fled the arson scene in a white Honda Civic.

Both men are considered armed and dangerous and should not be approached. 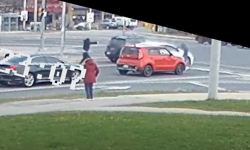 Police in Durham Region have released dramatic video footage of a daylight shooting in Ajax last week in the hope of locating an additional two suspects.

But the worry on the local news is that the Proud Boys might not be disbanded . Can anyone tell me what these guys have done in Canada , or is it a ploy to take eyes off the ethnic gang violence ?

pgs said:
But the worry on the local news is that the Proud Boys might not be disbanded . Can anyone tell me what these guys have done in Canada , or is it a ploy to take eyes off the ethnic gang violence ?
Click to expand...

pgs said:
But the worry on the local news is that the Proud Boys might not be disbanded . Can anyone tell me what these guys have done in Canada , or is it a ploy to take eyes off the ethnic gang violence ?
Click to expand...

All you will get is proud boys bad Antifa and BLM good from the usual suspects
Reactions: petros

I never knew Canada had such a large Cuban population that it would be deemed a threat?
Reactions: Twin_Moose

Lisa Banfield, 52, is facing two counts of unlawfully providing the shooter with ammunition in the month leading up to the mass killings. Defence lawyer Jessica Zita entered the not guilty plea on Banfield’s behalf by telephone Wednesday before a Dartmouth, N.S., provincial court judge.


During the hearing, Judge Theodore Tax set dates in late March and early April 2022 for a five-day, judge-only trial, and dates this summer for pre-trial conferences.

Crown prosecutor Shauna MacDonald said she expected part of those trial dates will be taken up with hearings to determine admissibility of evidence and witnesses.

The original plea hearing was adjourned in March after it was determined the defence’s request for a private meeting with the judge and Crown before a plea wasn’t appropriate.

The RCMP have said Banfield and two others facing charges “had no prior knowledge of the gunman’s actions.”

The case is proceeding summarily, which indicates it is considered a less serious matter than an indictable offence. The process means a judge alone is presiding over the matter, potential fines are less than $5,000 and potential jail terms don’t exceed two years less a day.

Banfield’s brother, James Blair Banfield, 54, of Beaver Bank, N.S., and her brother-in-law, Brian Brewster, 61, of Lucasville, N.S., have also been accused of unlawfully providing the shooter, Gabriel Wortman, with .223-calibre Remington cartridges and .40-calibre Smith & Wesson cartridges prior to the shootings that started in Portapique, N.S.

Police have released witness statements — taken to obtain a search warrant — from Lisa Banfield, in which she stated the killer assaulted her at their seasonal home the night of April 18, 2020, in the village of Portapique prior to the start of his rampage.

Police have confirmed the killer, who disguised himself as a Mountie and drove a replica RCMP vehicle, was armed with two semi-automatic handguns and two semi-automatic rifles when he set fires to properties and killed 13 people in the village.

He killed another nine people the following day in several other communities in northern and central Nova Scotia before he was fatally shot by two RCMP officers at a gas station in Enfield, N.S., about 35 kilometres north of Halifax.

The victims included an RCMP officer, two nurses, two correctional officers, a family of three, a teacher and some of his neighbours in Portapique.

Investigators have said they determined the ammunition was purchased and trafficked in Nova Scotia.

The provincial and federal governments have established a joint public inquiry to investigate the killings and to produce recommendations aimed at preventing a similar tragedy. 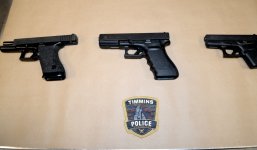 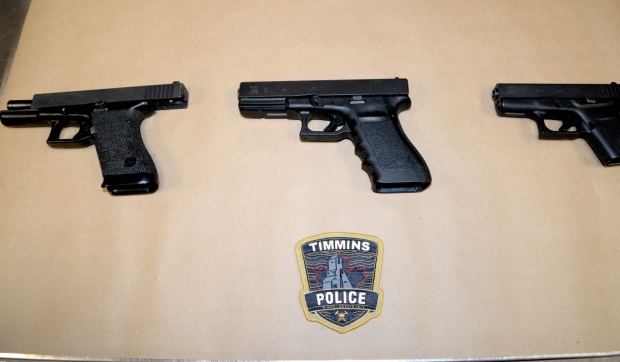 16 years old, he won't even get prison time and be out in 2 years a bigger thug.
Reactions: Twin_Moose and taxslave

That is because all our gun control laws only apply to honest law abiding citizens, leaving them no way to defend themselves.
Reactions: Twin_Moose and B00Mer