Tecumsehsbones said:
Your right must be different from our right. Our right spends bigger'n the left.

But they make up for it by cutting revenues.
Click to expand...

From what I know, your right is extreme right compared to Canadian stuff.

Your liberal is our old school conservationism.

And our liberal is, well... commie, LOL.

I think I'm at the point where if there was a blue-liberal or red-tory option, I'd vote for them. But since they don't exist anymore, spoiling my ballot seems the only option.

Says the one who claims Irving is Conservative.

Toronto needs a commitment for more funding from senior levels of government by the end of the month to avoid “an unprecedented and inflationary property tax increase” and extreme severe service and program cuts, Mayor John Tory says.


In a bluntly worded open letter to Ontario Premier Doug Ford and federal Finance Minister Chrystia Freeland released Thursday, Tory said the city has accrued hundreds of millions of dollars in pandemic-related costs that it can’t cover on its own without significant impacts on Torontonians.


“I am writing today to reiterate our request for continued assistance from the Government of Canada and the Province of Ontario to address the continued impacts COVID-19 is having on our city’s finances, so that we do not have to make deep cuts to services our residents require, impose massive tax increases they cannot afford or implement reductions to our capital budget which will eliminate thousands of jobs and threaten our economic recovery,” Tory wrote.

“The entirety of the amounts requested are as a direct result of the pandemic and the necessary measures taken to deal with the consequences of the pandemic.”

Tory spelled out the shortfalls: An additional $123 million in lost TTC fares on top of a previously noted $483 million, $201 million in extra shelter costs and to care for hundreds of refugees arriving monthly, and $491 million in reduced hotel tax, user fees, parking fees and other revenue streams.

Weekly ridership on the TTC remains at 65-70% of pre-pandemic levels, he noted.

Tory had campaigned on a promise to keep property tax increases below the rate of inflation.

“As we look ahead to 2023, based on continuing COVID-19 financial impacts and other factors, including rising interest rates and cost of fuel, we are wrestling with an opening budget pressure of $1.489 billion prior to any property tax increase or intergovernmental funding commitments,” Tory said.

The mayor thanked both the provincial and federal levels of government for their financial support during the pandemic but said the related costs continue to mount. 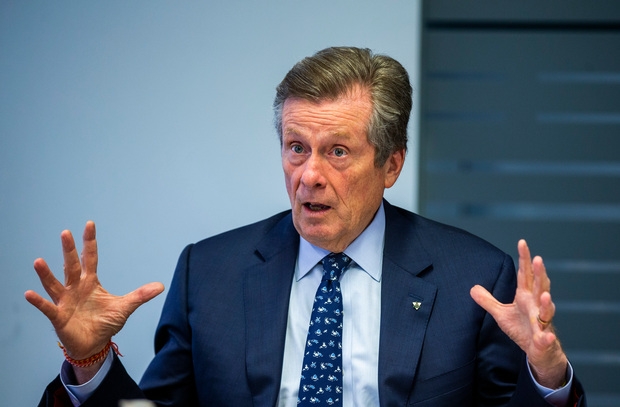 Perhaps you could save $6.3 billion by not renaming Dundas Street.

And how many fricking bike lanes have been added at a cost of how many million?

Or a 6 cents a litre gas tax like metro Vancouver.
T

Tecumsehsbones said:
Your right must be different from our right. Our right spends bigger'n the left.

But they make up for it by cutting revenues.
Click to expand...

Except for a few loonies, our right is more like center left by your standards.
T

petros said:
Stewart was in over his head. On a personal level, great guy.
Click to expand...

That is pretty much my opinion of him. Also he had a far left council which makes doing anything difficult.
Reactions: petros

OTTAWA — Transport Canada estimates as much as $3.9 billion in trade activity was halted because of border blockades across the country related to protests against COVID-19 restrictions last winter, a public inquiry heard Wednesday.


The Public Order Emergency Commission, which is probing the Liberal government’s decision to invoke the Emergencies Act, reviewed emails between staff for various federal ministers who were hearing from businesses frustrated with border blockades between Feb. 8 and 9.

Prime Minister Justin Trudeau referred to the economic impact of the blockades and the undermining of Canada’s economic and national security in the emergency declaration Feb. 14.


The emails show that in the lead-up to the decision, motor companies expressed concerns to Transport Minister Omar Alghabra’s office about having to shut down their manufacturing plants because of the blockade of the Ambassador Bridge in Windsor.

Metro, the grocery store chain, told Alghabra’s office that “if this goes on for longer it will have a more profound impact.”

Several motor companies shut down or reported they were close to doing so because parts and staff could not get over the border at the Ambassador Bridge, Canada’s busiest crossing.

Flavio Volpe, president of the Automotive Parts Manufacturers’ Association, told Alghabra’s office that plants would have to shut down “if things get critical” and “there are concerns about items backing up on the U.S. side.”


The six-day blockade of the bridge halted an estimated $2.3 billion in trade, the analysis by Transport Canada shows.

At one point, General Motors was planning to rent an icebreaker and ship vehicles and parts across the Great Lakes, at least according to a second-hand account in a Feb. 11 email from Julie Turcotte, a senior official with the Department of Finance.

Businesses were “very, very concerned about not having predictability about when they can move their products and where,” Transport Canada’s chief economist Christian Dea told the commission in his testimony Wednesday afternoon.

Dea crunched the numbers on the economic impact of the blockades throughout the protest. The impacts to Canada’s GDP “seemed large” based on his analysis, Turcotte said in her Feb. 11 email.


Brendan Miller, a lawyer who represents the organizers of the “Freedom Convoy” protest in Ottawa, presented another, far rosier analysis released by Statistics Canada in April.

“Overall, the blocked border crossings appear to have had little impact on the aggregate values of Canadian imports and exports in February,” the Statistics Canada report concluded.

The analysis showed that cross-border traffic fell in places where protests took place, but were offset by busier traffic at nearby crossings, as trucks took different routes to the United States to avoid the blockades.

Michael Keenan, the deputy minister of Transport Canada, told the commission that some of the costs to Canada’s economy could not be measured.


Keenan said the blockades could not have come at a worse time, as several U.S. companies were deliberating over new investments in automotive plans in Ontario.

When Ford Canada shut down production at an Oakville plant during the Windsor border blockade, Alghabra’s chief of staff noted the situation was being seen by U.S. parent companies as “just another reason not to invest in Canada.”

“We were seeing a growing question as to whether Canada was a reliable trade partner and whether these trade corridors will stay open,” Keenan told the commission Wednesday. “That’s really important because that affects investment decisions.”

In the end, many of those major investment in new plants in Canada came through, but he called it a “near miss.”

He told the commission the government should consider a national legislative regime to protect trade corridors, and better emergency plans that include all three levels of government.

Hearings in the public inquiry began in mid-October and are expected to conclude at the end of next week, with a final report due to Parliament in February. 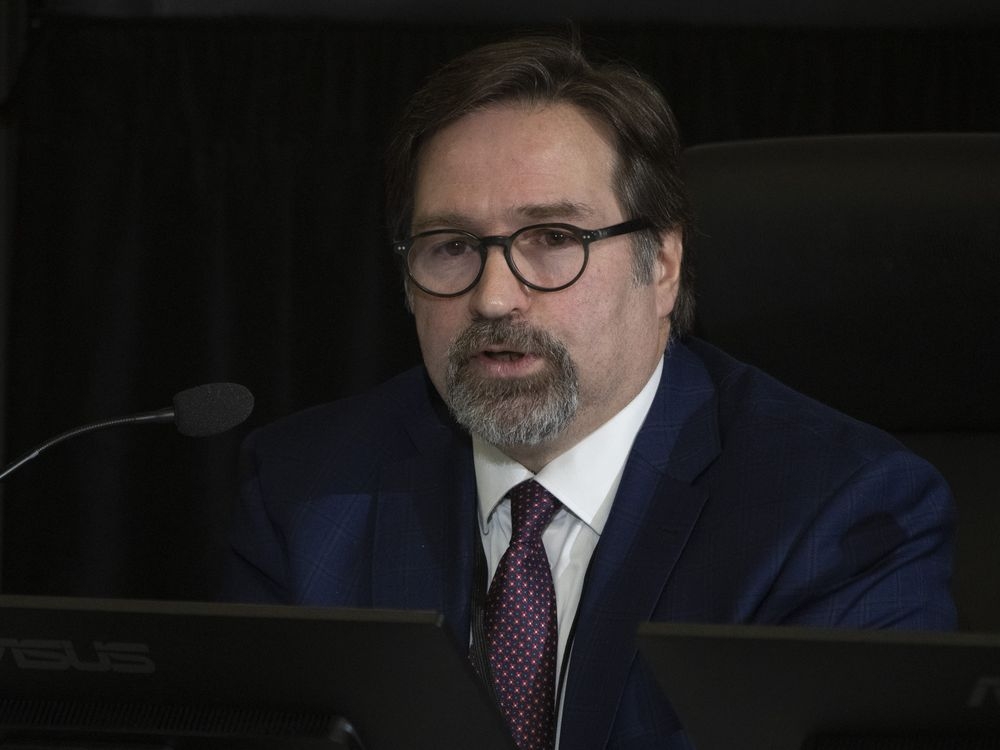 Transport Canada estimates as much as $3.9 billion in trade activity was halted because of border blockades.

Gesh, I just read that stats Canada stated there wasn't a negative impact with the border protests so who the he'll us right?
Reactions: Twin_Moose

Dixie Cup said:
Gesh, I just read that stats Canada stated there wasn't a negative impact with the border protests so who the he'll us right?
Click to expand...

Of course, my bad LOL
Reactions: Twin_Moose and petros

Dixie Cup said:
Gesh, I just read that stats Canada stated there wasn't a negative impact with the border protests so who the he'll us right?
Click to expand...