The vice president reportedly received a round of applause from the Texas Democrat lawmakers.

Enough Texas Democrats stayed in the state to allow the Senate to vote on the election reform bill.
Reactions: Dixie Cup, petros and taxslave

If they are not there to vote, they should be removed from their positions.
Reactions: Twin_Moose

St. Louis' lead homicide prosecutor quits after signature entered on cases while she was on maternity leave​

Kim Arshi began her maternity leave May 10, but someone put her digital signature on at least 20 homicide cases including one that led to the release of a suspect

ST. LOUIS — Someone signed the name of St. Louis’ lead homicide prosecutor onto at least 20 cases while she was on maternity leave earlier this year – and she resigned Tuesday, the I-Team has learned.
Kim Arshi began her maternity leave May 10. But her electronic signature appears on more than 20 cases in court documents listing her as the lead prosecutor – even though she was not in the office and did not sign them herself, according to a source familiar with the cases.

Arshi declined to comment. St. Louis Circuit Attorney Kim Gardner’s office has not yet responded to a request for comment.
The I-Team reported on one of the cases Tuesday for which Arshi was entered on after her maternity leave began.
Arshi was a no-show for three hearings on the case.
As a result, the judge dismissed the case because the public defender didn’t get all of the evidence against their client, Brandon Campbell.
Campbell was released from jail Friday, but Circuit Attorney Kim Gardner’s Office did not notify the victim’s family about the developments in the case and issued an erroneous statement saying he remained in custody.
St. Louis police issued a news release Wednesday morning asking for the public’s help locating Campbell.
........More

Access to Trump's taxes is more to find ammunition to use against him in '22 and '24, She and her husband should turn over their taxes in the interest of National security

"The American people deserve to know the facts of his troubling conflicts of interest and undermining of our security and democracy as president," Pelosi, the top Democrat in Congress, said in a statement.

Dunno about newsmax....
But pelosi is full of shit!
Just think....If biden and the vice president were to die, she would be President!
Reactions: Dixie Cup, taxslave and Twin_Moose

Well considering N.Y apparently had access to his tax returns and nothing happened there, it's unlikely anything will happen elsewhere. Besides, people like Trump don't file their own taxes - they have "people" to do that for them. Any errors would likely be on them unless they could prove that they were some how given incorrect information.
Reactions: Twin_Moose

Democratic Rep. Tlaib got thousands in rent amid pandemic, despite enthusiasm for rent cancelation​

The Squad member has repeatedly called for the cancelation of rent during the pandemic, despite earning income as a landlord
Reactions: Mowich

Twin_Moose said:
Access to Trump's taxes is more to find ammunition to use against him in '22 and '24, She and her husband should turn over their taxes in the interest of National security

"The American people deserve to know the facts of his troubling conflicts of interest and undermining of our security and democracy as president," Pelosi, the top Democrat in Congress, said in a statement.

A tax return is a "security issue" - Pelosi is missing a large amount of brain cells isn't she? She also praised Biden's approach to Afghanistan so she's definitely deranged.
Reactions: taxslave, Mowich, DaSleeper and 1 other person

I wonder if the truth ever enters her mind, she even went so far as saying that the Reps. supported the Jim Crowe amendment

Demon Pelosi Says Republicans Want to “Nullify Elections” after Democrats Pass Legislation to Establish One Party Rule and Communist State — Where is the GOP?​

San Francisco will pay people to not shoot others: 'Cash for criminals'​

A similar program has already been launched in Richmond, Calif.​

It would be far better to get them to point towards a politician before pulling the trigger.
Reactions: Dixie Cup and Twin_Moose 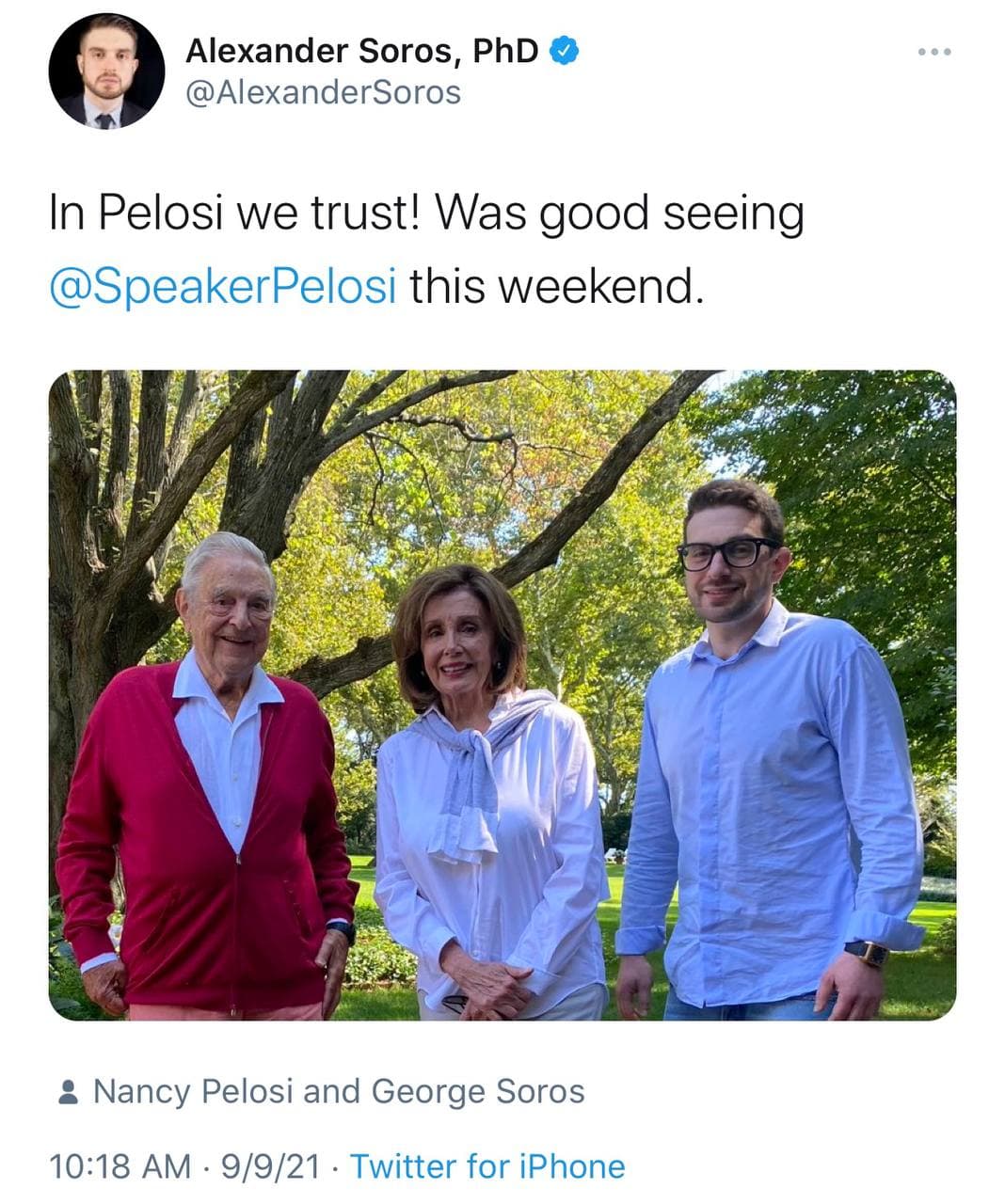 Yep, the evil "twins". I am not surprised at this "meeting of the minds" which is meant to destroy the country from within. So far, they're doing a good job.
Reactions: Twin_Moose
You must log in or register to reply here.
Top Bottom