Tecumsehsbones said:
You just hate it when your lies don't work.
Click to expand...

Utah Man with a History of Organizing Violent Antifa, BLM Protests, Was Inside the Capitol​

We're beginning to learn more about the individuals who were inside the U.S. Capitol on Wednesday.


A young man named John Sullivan was there. He's from Utah and the founder of "Insurgence USA," which is a group dedicated to "racial justice and police reform." According to numerous news reports, he has a history of organizing leftist protests and identifies with Black Lives Matter.

Over the summer, Sullivan was arrested after organizing a violent riot in Utah that ended with a shooting. One of the host groups was the Salt Lake Antifascist [Antifa] Coalition. From Deseret News:

At the U.S. Capitol, Sullivan was standing next to Trump supporter Ashli Babbitt when she was shot and killed by a police officer. In fact, he filmed it. ........More

Yeah, sad to say the trump haters are the real anti-Semites isn't it?
Oo

I was waiting for serryah to prove the horn head guy was a "tumpite" but as I suspected he is a trump hater.
Reactions: Twin_Moose

In the next 11 days Trump will burn the White House down, kill himself or both.
Reactions: Danbones

Naw he will reveal everything, drain the swamp, and burn down the establishment, get Biden election nullified and either take the reigns or call for a new election. I could even see him step down after a new primary for a new POTUS election.

He doesn't want to destroy America he wants it to be better IMO
Reactions: DaSleeper and Danbones

lord knows the world needs a proper example as a beacon...
Reactions: Twin_Moose

Danbones said:
Yeah, sad to say the trump haters are the real anti-Semites isn't it?
Oo

I was waiting for serryah to prove the horn head guy was a "tumpite" but as I suspected he is a trump hater.
Click to expand...

There was something going around that he maybe a military intelligence plant gathering evidence on the Antifa organization. Just something I seen in passing and before the mass censorship
Reactions: Danbones

Well, I am still waiting for "Proof" one way or another.
Reactions: Twin_Moose

Twin_Moose said:
Are you not when you can only hear 1 side of an argument?
Click to expand...

Arguments have many sides. I listen to 'em all. Except the stupid side, which is where you live.
Reactions: Serryah

You appear to be dyslexic...?

Or are you gettin' a tenner from hunter like his dad is too?
Reactions: Twin_Moose 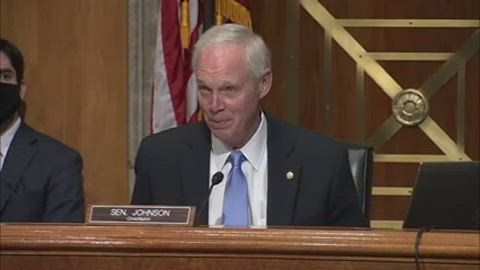 Just like the nazi funding bushes and Marine commandant Gen. Smedly Butler ( War is a Wracket), Smedly played them along and then witnessed against them...
Oo
fat lot of good in the long run though...
Reactions: Twin_Moose

Also it looks like they have taken away trump's ability to raise funds - they have effed up his banking...

Geez, where have we seen that china joe SHUT DOWN tactic before? It looks like that is what will happen to all who oppose.
Reactions: Twin_Moose

Like I said there were also military intelligence involved

Twin_Moose said:
Interesting interview if you have the time listen before this tweet is gone too Lol

the ities want into the china dope market I bet
Reactions: Twin_Moose

Supporters of President Donald Trump clashed with counter-protesters in San Diego on Saturday, prompting police to declare the gathering an unlawful assembly because of acts of violence
fotoscapes.com
Reactions: Twin_Moose
You must log in or register to reply here.
Top Bottom