LONDON, ONT. - At first glance, they looked like a pair of lost goats.

But it didn't take long for David Baert to realize the animals passing through his west London, Ont., farm weren't goats at all, but something much rarer.

"I thought it was very unusual," he said. "You don't normally see animals like that."

Legend has it that extremely rare white deer are symbols of good luck, the spirit world and peace.

Though there's no steadfast evidence that proves seeing a white deer will bring you any luck, they are very rare.

The chances of a deer being pure white are about one in 10,000, according to wildlife officials.

The deer Baert saw passing through his yard were likely leucistic because the pigment in their face and eyes isn't consistent with albinism, he said.

While leucism in deer isn't associated with any other abnormalities, it can make it hard for animals to camouflage in the summer months meaning they're easy targets for predators.

After taking a look at the pictures Hindmarsh said the deer were both male, and about a year old.
As for where the brothers came from?

"There is potential that the animals are naturally leucistic but they may also have come from a captive bred source," he said. 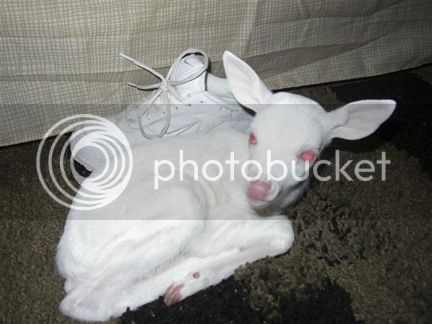 Found wondering on highway just outside Kamloops BC. 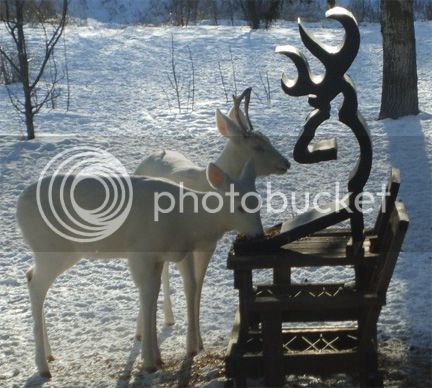 Can't remember where they were filmed.

Also this herd of white deer;

There's something humourous about deer eating from a Browning Buckmark feeder, lol.

Hmmm, never heard of white deer, seen pix of white "black"bears, or spirit bears. But the oddest thing I did see was a white raven. It was on a trip nearly 20 years ago to visit old friends who had moved to Elliot Lake. My wife spotted it chowing on carrion on the side of the road into Elliot Lake and said "what the H*** is that?". I stopped, and sure enough, beard, hooked bill, looked like an elder, definately a raven. It wasn't a pure snow white, kind of chalky, like three day old snow. I got out my camera but it was too late, and when it took flight, yeah, it was a raven. I've told others about the encounter and the response was rather ho hum. Never seen one before or since. Has anyone else seen one?

Strangest looking critters. The Perch was mature, about 13" long. 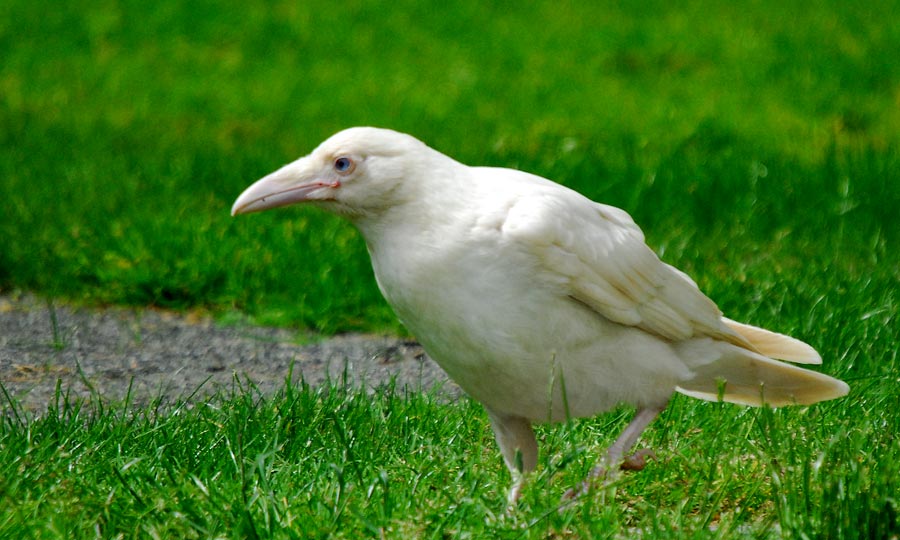 I saw two partially white crows in the Nakusp park. One was mottled with random white feathers and the other had patterns of white feathers. Both were killed by other crows before they reached maturity. I talked to our local bird specialist and he was aware of them and said that every once in a while, variations on white and black crows show up. He thinks it is a recessive gene in the Nakusp area gene pool.

Perhaps someone dumped some chlorine in the gene pool.

This is interesting because it is not an albino.

Goats, I think, are more related to antelope. They have horns not antlers like deer and do not shed them annually. I used to raise goats and have held a lot of kids on my arms. I have also held fawns in my arms and I think they are by far more beautiful and innocent in looks and disposition.

Cliffy said:
This is interesting because it is not an albino.
Click to expand...

Neither were the two deer in the OP news article. Is this something that, although perhaps rare, is present with all species? I've heard of albino(ism?) but never this.


Goats, I think, are more related to antelope. They have horns not antlers like deer and do not shed them annually. I used to raise goats and have held a lot of kids on my arms. I have also held fawns in my arms and I think they are by far more beautiful and innocent in looks and disposition.
Click to expand...

I don't think all deer look like goats but the guy in the article stated the two white ones he saw looked almost like goats and I was concurring with the picture. The one you posted earlier of the albino deer doesn't though, in my opinion. Just a casual observation.

Neat pics of the deer.:thumbup:

I thought they only restrained you for the pink ones?

SLM said:
I thought they only restrained you for the pink ones?
Click to expand...

The PC term is magenta.

CDNBear said:
The PC term is magenta.
Click to expand...

I'm sorry. The last one I saw was in Dumbo. Walt was not know for being PC. Lol.


Oh I've seen my share of white elephants, they're nearly always the products of zealous politicians, airport authorities, health authorities and the like 8O, but I digress. 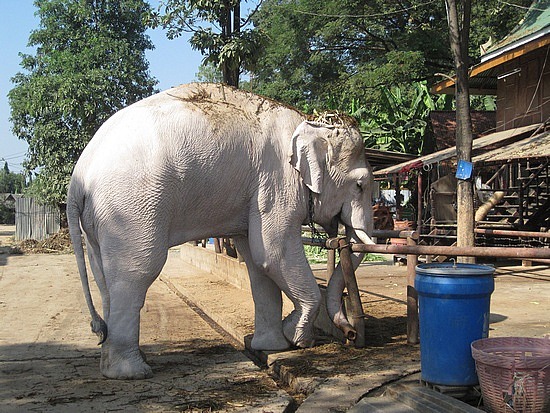