Enforce? What enforce? By who…or is that whom?
Reactions: petros

I AM THE LAW!!!!!
-trudeau, probably.
Reactions: petros

Somebody was enforcing something. They managed to knock an old lady with a walker down.
Reactions: Twin_Moose and petros

Getting weirder. Brendan Miller, a lawyer for a charity created by some key organizers of last winter’s protests against pandemic health measures, was kicked out of the inquiry as Commissioner Paul Rouleau tried to maintain control of the proceeding. Miller had expressed frustration about the inquiry’s tight timelines for questioning witnesses, and his push to uncover the “truth.” (???)

Miller had objected that several government documents provided to the parties at the inquiry were blacked out, and demanded that a staff member in the office of Public Safety Minister Marco Mendicino be called to testify.

Miller was allowed to return hours later and apologized to Rouleau for “speaking over” him. 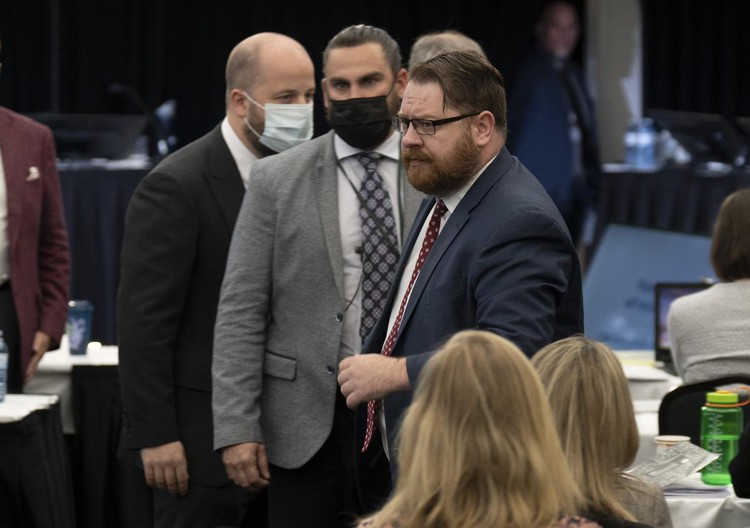 Security escort Freedom Corp. counsel Brendan Miller out of the hearing room at the Public Order Emergency Commission, in Ottawa on Nov. 22, 2022.

apple.news
More weirdness at the above link.

I think this Inquiry is going to be like a Rorschach Test and people are going to see (or not see) what they want to, and the Judge hosting this is going to try to play the roll of a mediator between parties in the Inquiry instead of the role spelled out in the legislation from 1988.

Justin Trudeau set the stage early on when he tried to set the “theme” of the inquiry in its “guidance” instead of stepping back to let it fulfill its intended role.

On that note, I doubt that anyone will be happy with the outcome of the inquiry, be it the government, the protesters, the public, or anyone outside of Canada watching this (perhaps with the exception of the Chinese Government?) like we witnessed when our PM was in front of the EU earlier this year.

The government was legally required to announce an inquiry within 60 days of the revocation of the act, in addition to the parliamentary committee that studied the invocation.

Instead of following the role set forth in the Emergencies Act of 1988, the official cabinet orders (?) give Rouleau a mandate to look into the circumstances of why the act was declared, the evolution of the convoy, police response, the economic impact of the blockades, the funding of the protests and the disinformation that may have fuelled them.

Mendicino said most of the decisions about how the inquiry runs are in the hands of Rouleau.

“One of the hallmarks of this public inquiry is that he will have the capacity to function independently, impartially, from the government, and it’s one of the reasons why the government chose to make this a full-blown public inquiry” within the guidelines set forth in the official cabinet orders from the Trudeau Government.

As in most public inquiries, the process is designed more as a fact-finding mission and Rouleau is prohibited from finding that any criminal laws were broken or ruling on any civil liabilities. 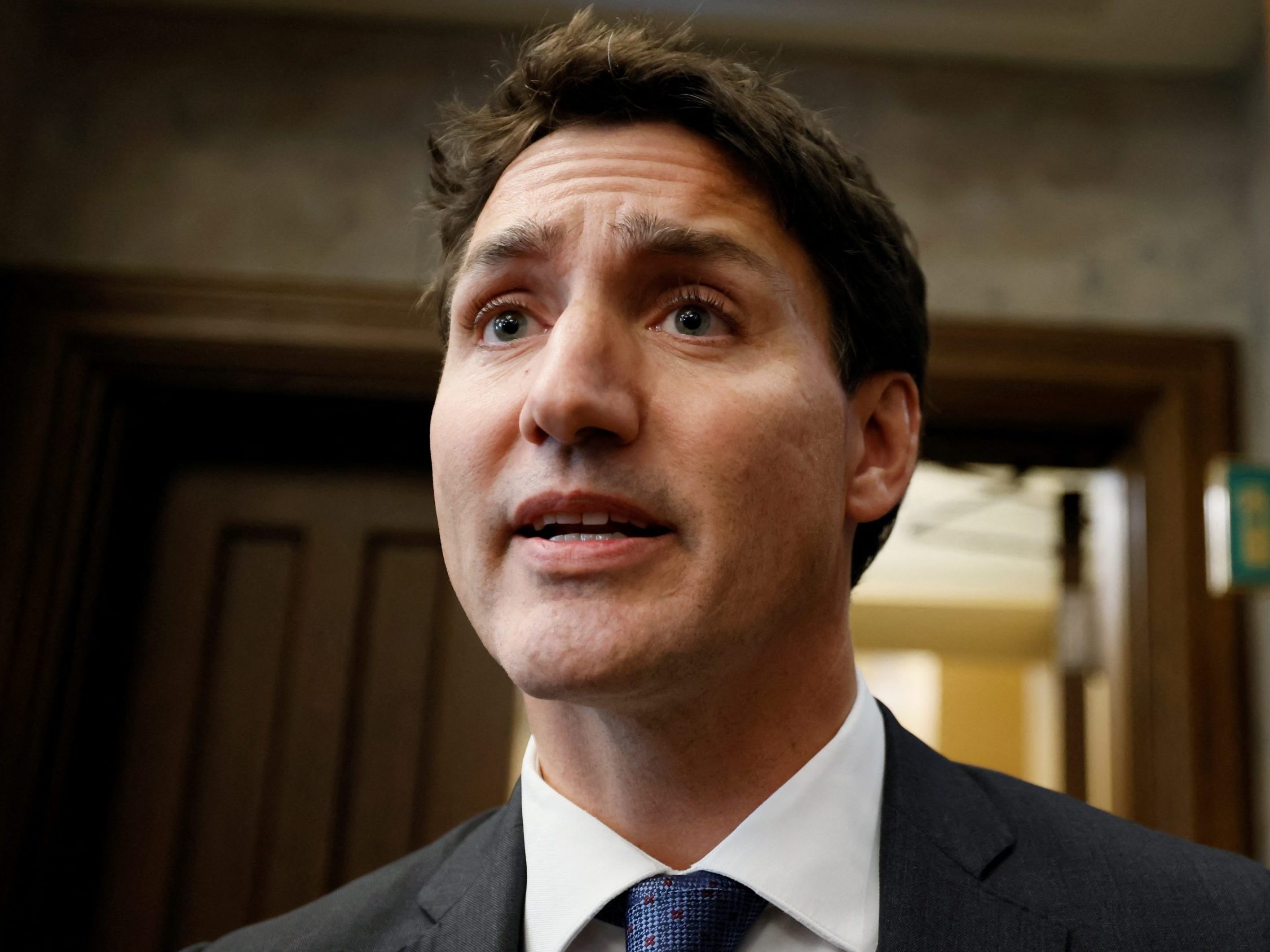 Even before the inquiry wrapped it's first day, Trudeau was defending his actions, the actions the inquiry is supposed to pass judgment on.

According to Prime Minister Justin Trudeau’s two senior advisers on national security, they knew the Freedom Convoy didn’t meet the legal test required to invoke the Emergencies Act, but they advised Trudeau to do it anyway.

This revelation at the public inquiry into Trudeau’s use of the Emergencies Act is astounding and alarming, because it raises the question of what other measures this government, or future governments(?), will use to override civil liberties not justified in law. 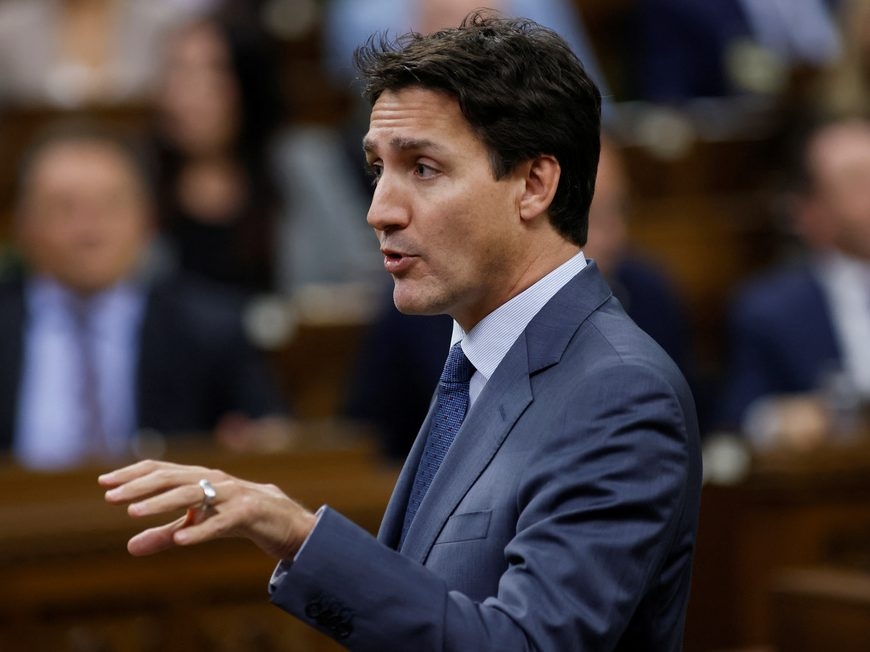 Wait till they open the camps . How soon after will the ovens be fired ?

pgs said:
Wait till they open the camps . How soon after will the ovens be fired ?
Click to expand...

Well - they can't burn us, that'd be bad for the environment. I'm sure we'll be buried as part of 'carbon capture' regulations.

After more than five weeks of public hearings, it remains unclear what specific legal justification the federal government used for invoking the act. Attorney-General David Lametti will testify on Wednesday.

Texts tabled on Tuesday show Mr. Lametti was among the federal ministers growing impatient with the big rigs, bouncy castles, food tents and other vehicles parked outside the House of Commons.

Mr. Mendicino was also asked about an e-mail received by Mr. Jones on Feb. 13. In it, RCMP Commissioner Brenda Lucki had detailed a number of ways that the Emergencies Act could be used but argued that police had not yet exhausted the tools available under existing legislation.

Asked whether knowing Commissioner Lucki’s perspective would have changed anything, Mr. Mendicino said it would not.

Under the mounting pressure of a gridlocked capital city and jammed border crossings (The Border Crossings Balanced Themselves without the Emergencies Act though), relations between federal cabinet ministers and the provinces frayed and descended into acrimony and finger-pointing, evidence tabled at the Emergencies Act inquiry showed Tuesday.

“Your guy has really screwed the pooch,” then Alberta premier Jason Kenney told federal Intergovernmental Affairs Minister Dominic LeBlanc, according to texts from Mr. LeBlanc three days before the act was invoked. When asked by inquiry counsel whether “your guy” was a reference to the Prime Minister, Mr. LeBlanc said he didn’t know. (???)

I forget to post the above link, so here’s a different one: 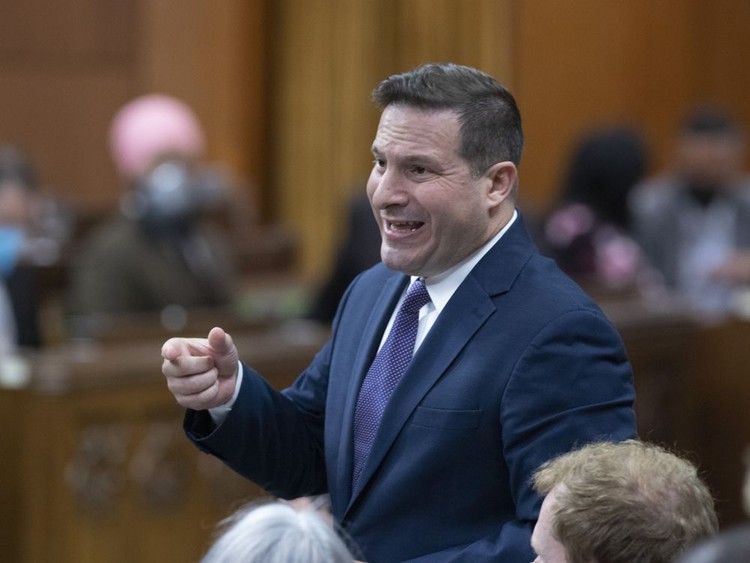 There’s no doubt about it: Public Safety Minister Marco Mendicino misled Parliament. Oh, maybe the words Mendicino spoke in front of Parliamentary committees don’t meet the precise, legal definition of misleading the House and Senate. Maybe they don’t rise to the level required to expel him. But...

Ron in Regina said:
“Your guy has really screwed the pooch,”
Click to expand...

That should be the Final Report of the Most High August Royal Commission of Enquiry Blah Blah Blah.
Reactions: Ron in Regina 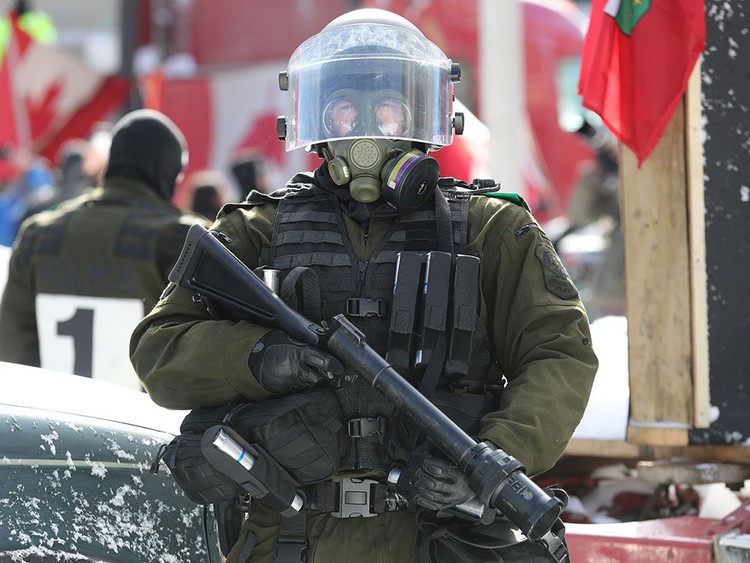 The Emergencies Act came, like a meteor, flashing out of nowhere, to kill a legitimate protest 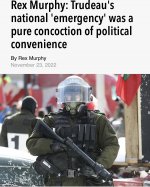 Other great Rex Murphy revelations: Water is Wet, Up is Not Down, A Woodchuck Would Chuck 14.7kg of Wood per Hour if a Woodchuck Could Chuck Wood.
Reactions: Ron in Regina

Tecumsehsbones said:
Other great Rex Murphy revelations: Water is Wet, Up is Not Down, A Woodchuck Would Chuck 14.7kg of Wood per Hour if a Woodchuck Could Chuck Wood.
Click to expand...

So you agree with him .
Reactions: Dixie Cup

The Emergencies Act came, like a meteor, flashing out of nowhere, to kill a legitimate protest

All geared up to bust some heads , and no one came .
Reactions: Dixie Cup


I'm sorry - i know this is a serious issue but i look at that picture and all i can think is that R2D2 is about to get shot and sold as a slave to work on moisture vaporators.
Reactions: Ron in Regina

Federal Attorney-General David Lametti thought it might be necessary to call in the military in response to the protests gridlocking Ottawa last winter and talked about “tanks” in the streets with Public Safety Minister Marco Mendicino, according to texts tabled at the Emergencies Act inquiry on Wednesday.
Click to expand...

Jezuz christ!! What the hell is wrong with these people? Tanks?!?! Can you believe that the declaration of the Emergency Act was actually the MIDDLE OF THE ROAD response for these people?!?!
Reactions: petros, Ron in Regina and Dixie Cup

Trudeau made the rules for the Commission & they change as he sees fit apparently. Schedules are more important than the facts of the matter don't 'cha know?
Reactions: Ron in Regina and The_Foxer

Dixie Cup said:
Trudeau made the rules for the Commission & they change as he sees fit apparently. Schedules are more important than the facts of the matter don't 'cha know?
Click to expand...

The timelines were actually set out in 1988. Trudeau has definitely put his own mark on things in an inquiry into his own governments decision though.
Reactions: Dixie Cup and Twin_Moose
You must log in or register to reply here.
Top Bottom