Immigrants sent to Mass. from Florida, on taxpayer dime

ST. PETERSBURG, Fla. — A Florida sheriff’s deputy working an overnight shift to provide safety at a construction zone was struck and killed by a worker operating a front end loader who is in the U.S. illegally, officials said Friday.


The initial name given by the worker, Victor Vazquez-Real, was false, Gualtieri said. His real name is Juan Ariel Molina-Salles, 32, who the sheriff said is a migrant from Honduras who arrived in March and was deported previously.

Molina-Salles fled from the job site on foot, allegedly with the help of a co-worker, but was eventually tracked down using bloodhounds, the sheriff said.


The sheriff said Hartwick had blocked the two inside southbound lanes of the interstate and was standing on the road’s shoulder when he was struck by the front end loader traveling at about 20 mph (32 kph). Hartwick died instantly, Gualtieri said

The sheriff said Molina-Salles will be charged with leaving the scene of an accident involving death, which carries a minimum-mandatory four-year prison sentence. The other construction worker is being charged with accessory after the fact.


It was not immediately known whether Molina-Salles has a lawyer who can speak on his behalf. He had not yet been booked into jail early Friday afternoon.

Hartwick had been with the agency for 19 years.

The company that employs the two workers, Tampa-based Archer Western Construction, did not immediately respond to a phone call seeking comment. The company is involved in several large transportation projects in the Tampa Bay area, some involving contracts with the state of Florida.

Gualtieri said he referred the matter to U.S. Immigration and Customs Enforcement, which has jurisdiction over immigration issues. 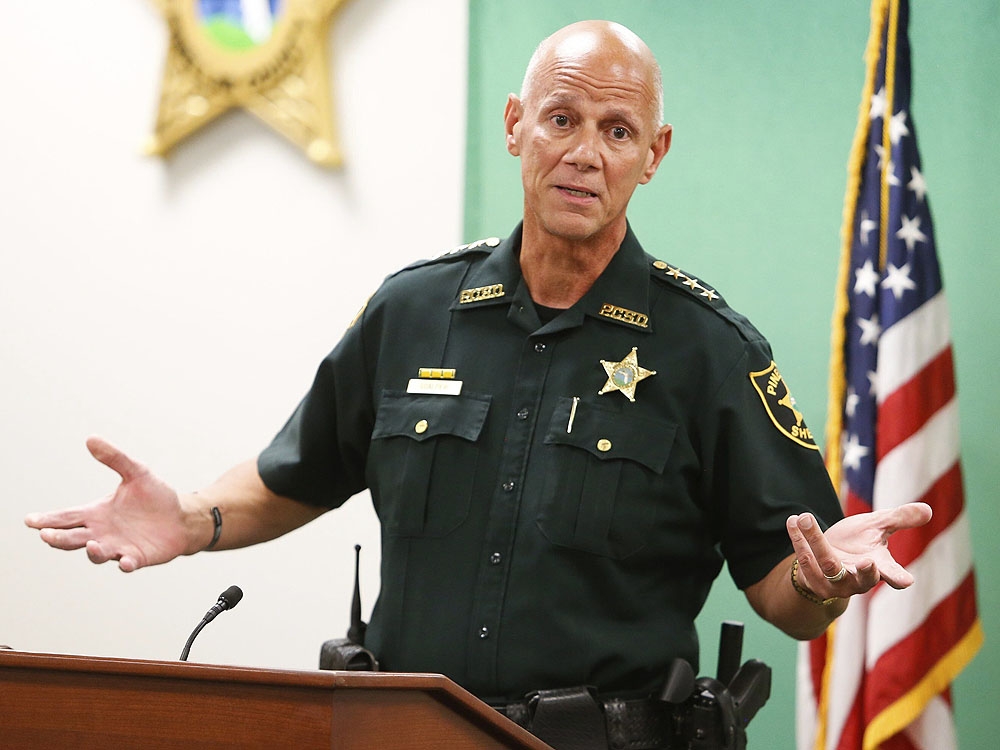 A Florida sheriff's deputy working at a construction zone was killed by a worker operating a front end loader who is in the U.S. illegally

WASHINGTON — Busloads of migrants were dropped over Christmas weekend near Vice President Kamala Harris’ residence in Washington amid freezing temperatures, having travelled from the southwest border in Texas, immigrant aid groups said on Sunday.


Approximately 110-130 of the migrants seeking asylum in the United States, many of them families with children, were placed on buses by Texas officials, said Tatiana Laborde, managing director of SAMU First Response, a relief agency working with the city of Washington, D.C.


She said by phone that aid groups had been informed of their journey and awaited their arrival late on Saturday to hand out blankets and then transport them to a church in the city’s Capitol Hill neighborhood.

Aides to Texas Governor Greg Abbott were not available to comment on whether the state coordinated their transportation.


Texas has bused thousands of migrants to Washington, New York City and Chicago, in what some critics have labeled a stunt amid a national debate over the high levels of immigrant arrivals along the U.S. southern border.

Laborde said that in the past week, nine busloads of migrants have been dropped off in Washington.

“Lately, what we’ve been seeing is an increase in people from Ecuador and Colombia,” Laborde said. Previously, many Venezuelans had been arriving by bus, she added.

Many of the most recent arrivals, Laborde said, are now attempting to go to New York or New Jersey where they have relatives or other community support. 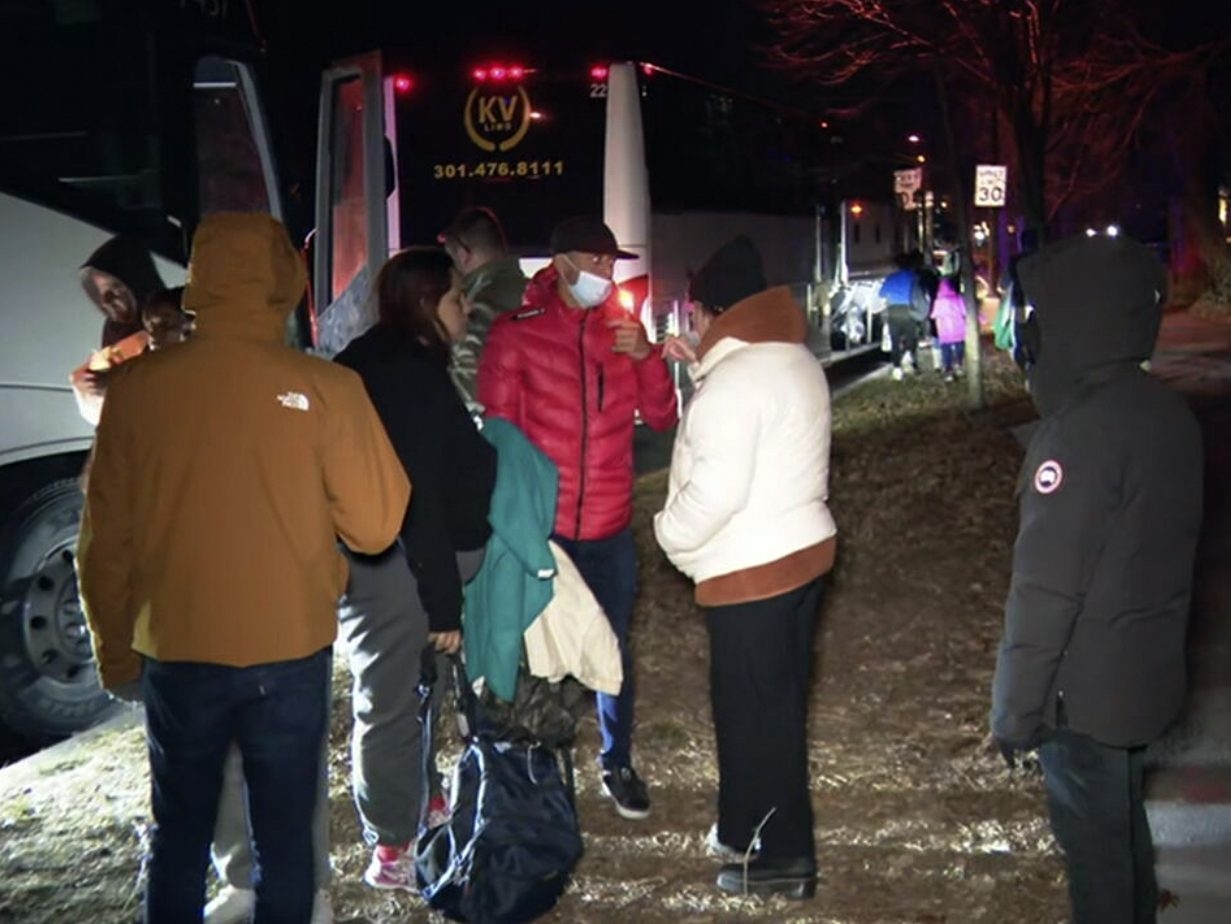 Migrants dropped off near Kamala Harris's DC home over Christmas

Busloads of migrants were dropped over Christmas weekend near Kamala Harris' residence in Washington amid freezing temperatures.

White House criticizes Texas governor over Christmas Eve migrant drop
State has bused thousands of migrants to Washington, New York City and Chicago, in what some critics have labelled a stunt

WASHINGTON — The White House on Monday accused Texas Governor Greg Abbott of endangering lives after busloads of migrants from the southwest border in Texas were dropped near Vice President Kamala Harris’ home in Washington, D.C., on a cold Christmas Eve.


The Republican Abbott, a vocal critic of Biden administration immigration policies, has not acknowledged the Christmas Eve drop and his office has not claimed responsibility. President Joe Biden is a Democrat.


An estimated 110 to 130 migrants seeking asylum in the United States, many of them families with children, were placed on buses by Texas officials, immigrant aid groups said on Sunday after the migrants arrived in the U.S. capital.

“Governor Abbott abandoned children on the side of the road in below freezing temperatures on Christmas Eve without coordinating with any Federal or local authorities,” White House spokesman Abdullah Hasan said in a statement.

“The political games accomplish nothing and only put lives in danger,” Hasan added.


Texas has bused thousands of migrants to Washington, New York City and Chicago, in what some critics have labelled a stunt amid a national debate over the high levels of immigrant arrivals along the U.S. southern border.

Abbott has said previously his state was purposefully busing migrants to sanctuary cities, where law enforcement is discouraged from deporting immigrants.

Hasan said the Biden administration was willing to work with Democrats and Republicans on solutions to the migrant issue.

Amy Fischer, an organizer with the Migrant Solidarity Mutual Aid Network, told NPR the migrants were immediately transferred onto city-provided buses in Washington and moved to a church that distributed hot food and clothes.


Claudia Tristán, a co-organizer with the same group, told Reuters on Monday that nearly all the migrants dropped near the vice president’s home were already on their way to relatives and friends in the United States.

In a letter to Biden on Dec. 20, Abbott said the state was overburdened with thousands of men, women and children crossing into Texas everyday who risk freezing to death on city streets.

Hidalgo County, Texas, Judge Richard Cortez on Monday told CNN that localities in Texas like his were overwhelmed by the number of immigrants and could not accommodate them all.

“Busing immigrants out of this area in a way helps us… but it’s not a solution to the problem,” said Cortez, whose county borders Mexico. 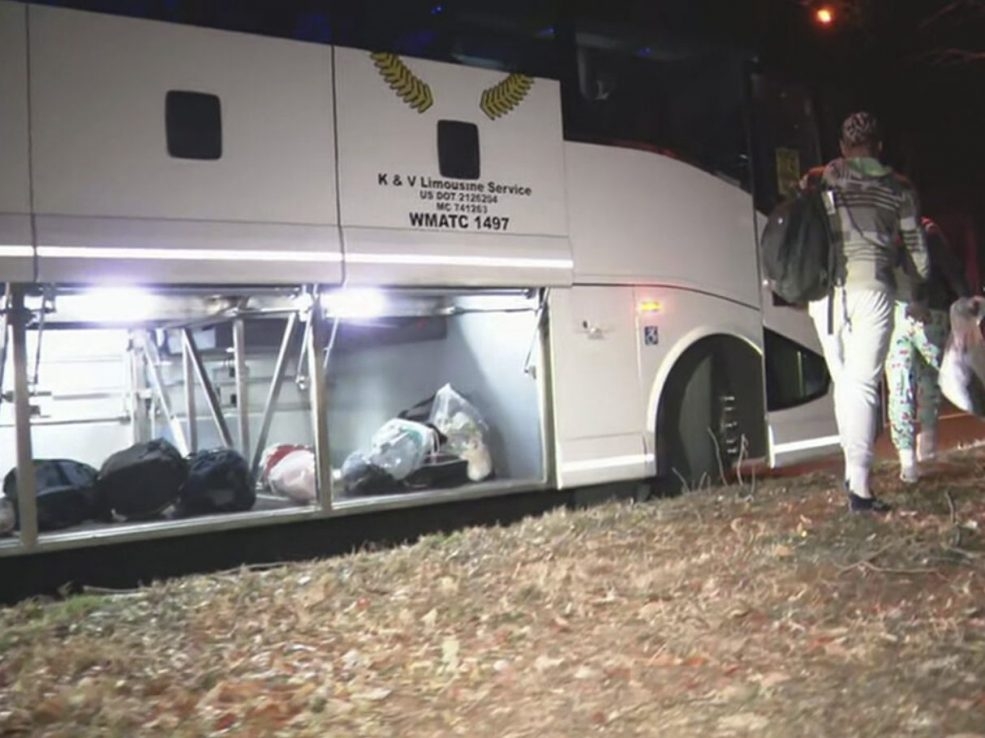 What happens when major decisions are made thousands of miles from where the problem is.

Taxslave2 said:
What happens when major decisions are made thousands of miles from where the problem is.
Click to expand...

We get no pipelines .
You must log in or register to reply here.
Top Bottom