Fed up with Neo Nazis Yet???

You are using an out of date browser. It may not display this or other websites correctly.
You should upgrade or use an alternative browser.
C

Seems like the only cure for Trumpites is the grave.

Most of them are really old, so you're not entirely wrong.

taxslave said:
The term Nazi is flung around far too often on here, mostly by people that are far too young to even know just what Nazis were. Or the history behind it.
Click to expand...

Did you live through the Nazi period?

Ask him about Argentina.

Fatal attack on interracial couple in Arizona heads to trial
Associated Press
More from Associated Press
Published:
May 6, 2018
Updated:
May 6, 2018 4:59 PM EDT
These undated photos provided by the Arizona Department of Corrections shows Aaron Levi Schmidt (left) and Travis Ricci (right).Arizona Department of Corrections via AP
PHOENIX — An interracial couple was walking near a Phoenix park when authorities say a shirtless neo-Nazi began angrily yelling a racial slur and harassing the black man in the couple over dating a white woman.
Authorities say the men exchanged tense words before Travis Ricci rushed back to a home where other white supremacists were partying, grabbed a shotgun and returned in a sedan driven by an associate. Ricci leaned out the car and fired two buckshot blasts, missing the black man — the intended target — and killing his girlfriend, investigators said.
Lawyers are now picking a jury to decide whether Ricci should be convicted of murder and sentenced to death in the 2009 attack, which prosecutors say was a hate crime. Opening statements are tentatively scheduled for June 6.
The case has offered several unexpected turns.
Ricci, whose defence is expected to include an argument that he’s not the man he used to be, claims his great-grandfather was a member of the French Resistance killed by Nazis during World War II.
Authorities are seeking the death penalty, saying 39-year-old Kelly Ann Jaeger’s killing was meant to further the interests of the Vinlanders Social Club, a neo-Nazi group with a reputation for violence that was later targeted in a law enforcement crackdown.
This undated photo provided by the Arizona Department of Corrections shows Kelly Ann Jaeger. Arizona Department of Corrections via AP
Since prosecutors have called the attack a hate crime, they can seek as many as 11 additional years in prison — above the maximum penalty — if Ricci is convicted of other charges, such as attempted murder, drive-by shooting, aggravated assault and assisting a criminal gang.
Ricci pleaded not guilty, and his lawyers have raised questions about the ability of Jaeger’s boyfriend, Jeffery Wellmaker, to identify him as the triggerman. They note that nearly two years after the attack, Wellmaker was jailed in an unrelated case and played chess with Ricci behind bars without recognizing him.
Aaron Levi Schmidt, who authorities say was driving the car used in the shooting, pleaded guilty to murder in Jaeger’s death. He is already serving 11 years for assisting a criminal gang. It’s unclear if he’s been sentenced on the murder conviction.
Lawyers for Ricci and Schmidt, both now 36, have said their clients weren’t members of the Vinlanders.
Police reports say Ricci told associates before the attack that he saw black men hitting a white woman, though it’s unclear if that claim was accurate.
Rebecca Wilder, a spokeswoman for the Maricopa County Attorney’s Office, which is prosecuting Ricci, declined to comment on the case. The Phoenix Police Department, which investigated the attack, also declined to comment.
Prosecutors said in court records that Wellmaker, who was unarmed, was extremely distraught over the attack and tried to help his girlfriend after she was shot. They say Wellmaker didn’t provoke the attack and tried unsuccessfully to push Jaeger out of the path of the shotgun blast, according to court records.
Ricci’s attorneys declined to answer questions about the allegations against their client.
“He is a very sensitive person who cares about people in general,” said Jennifer Willmott, one of his lawyers. “He has had a very difficult life.”
Bruce Blumberg, another attorney for Ricci, said his client’s team has gotten records that document the arrest and execution of Ricci’s great-grandfather during his involvement with the French Resistance. Blumberg said the great-grandfather’s experience may be brought up during the trial, though it’s unclear what it will be used to demonstrate.
The attack started brewing after Ricci left his friend’s home angry and drunk, making his way into the neighbourhood where he eventually noticed Jaeger and Wellmaker, according to a police report.
Prosecutors say Ricci hurled a racial slur at Wellmaker and yelled, “What are you doing with a white girl?”
He also told Wellmaker he was going to get “something for him,” prosecutors said.
Sometime later, Jaeger and Wellmaker were near a pay phone when the sedan pulled up. Ricci fired two shells, hitting Jaeger in the stomach from about 10 feet (3 metres) away, prosecutors said.
Ricci’s attorneys have noted Wellmaker was unable to identify Ricci in a photo lineup after the shooting, and he failed to recognize their client in 2011 when the two served time in the same Maricopa County jail pod. Court records filed in Ricci’s case didn’t specify the charge on which Wellmaker was jailed, and a records check didn’t provide a definitive answer to the question.
Ricci ended up telling Wellmaker he was the person accused of killing his girlfriend, a judge wrote in a pretrial ruling.
The judge said Wellmaker’s identification of the shooter was reliable because he would have been able to identify Ricci independent of the jail encounter. While working with a police artist after the shooting, Wellmaker described a unique tattoo across the attacker’s stomach, the judge wrote.
In an unrelated crime months after Jaeger’s shooting death, police say Ricci stabbed two men who tried to stop him from attacking his girlfriend. He is serving a 22-year sentence for assault and weapons misconduct convictions.
Fatal attack on interracial couple in Arizona heads to trial | Toronto Sun

Hitler and his coterie of Nazi crazies would surely approve.


According to the FBI, investigators have arrested a former U.S. Marine in New York who was allegedly plotting a neo-Nazi “Rapekrieg” targeting white women to boost America’s Caucasian population.

Matthew Belanger was arrested July 10 and pleaded not guilty to a slew of firearms charges. But it was his Boys From Brazil-like plot to repopulate the U.S. in his image that is truly shocking.

Rapekrieg is a neo-Nazi group that is affiliated with other Himmler-loving extremists in groups called “Rapewaffen” and “Atomwaffen.”


In the twisted group’s stomach-churning manifesto, they espouse “rape ideology” as an “effective tool” for vanquishing enemies, mainly Jews and minorities.

Their goal is a “first world collapse” where those fellow travelers who have doubts “about being able to pull the trigger on a Jewish child” are too weak for Rapekreig. White women will be brainwashed and become dependent on men.


“To be successful in this battle, the white man must learn to hate, seeing red the moment he lays eyes on a member of the race that has inflicted unspeakable horrors onto his people,” the manifesto reads, according to Rolling Stone.


The group allegedly discussed attacks on synagogues and women. When a young woman was targeted for rape, Belanger allegedly quipped “good find.”

The girl in question was a high school student filmed at a music recital.

The feds say Belanger came to their attention as part of a probe into neo-Nazis, Anti-Semitic behaviour and terror plotting. Belanger was apparently a big believer in overthrowing Zionist Order of Governments (ZOG) — a long-held racist chestnut among the extreme right.


His goal was allegedly to: “Engage in widespread homicide and sexual assault (to change America’s racial make-up), by raping white women to increase the production of white children.”

Much of his neo-Nazi behaviour took place while he was still a U.S. Marine. He is currently caged in Honolulu.

The FBI claims his favourite weapon was a German Luger — widely used by Nazis during the Second World War.

According to prosecutors, Belanger hired an NYPD officer to buy a PTR91 assault rifle while he was in Honolulu.

Belanger was booted from the Leathernecks in 2021 in what the Marines said was an “other than honourable discharge” for misconduct. 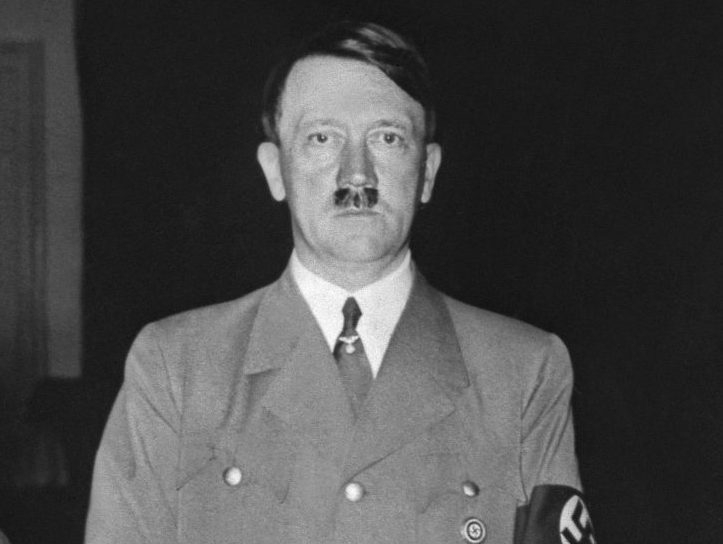 Hitler and his coterie of Nazi crazies would surely approve.

A "Discharge Under Other Than Honorable Circumstances" can only be the result of a court-martial.

Wonder who he voted for?

Tecumsehsbones said:
A "Discharge Under Other Than Honorable Circumstances" can only be the result of a court-martial.

Obviously a democrat. Following in the footsteps of his slave owning forefathers.

taxslave said:
Obviously a democrat. Following in the footsteps of his slave owning forefathers.
Click to expand...

Son, I want you to put your right arm up over the top of your head and grab your left ear.

Now put your left arm up over the top of your head and grab your right ear.

When you hear a pop, that's your head coming outta your ass.
Reactions: mentalfloss and taxslave

What was the first clue ?

pgs said:
What was the first clue ?
Click to expand...

Yeah, our PM and his politically motivated racist persecution of a Metis woman is rather appalling. But, dickweeds like the OP keep on supporting him.
Reactions: petros, Serryah and taxslave

Well Serryah sure thinks the persecution of a Metis woman by Mr. Reconciliation is hilarious.

That's why it's hard to take the lunatic fringe seriously.
Reactions: taxslave and petros

Tecumsehsbones said:
A "Discharge Under Other Than Honorable Circumstances" can only be the result of a court-martial.

Was he rotten to the Corps?
Reactions: taxslave

When it comes to neo-nazi's apparently they're all over the place. If that's the case, why haven't I ever met one? Huh? Weird isn't it?
Reactions: taxslave and petros

Dixie Cup said:
When it comes to neo-nazi's apparently they're all over the place. If that's the case, why haven't I ever met one? Huh? Weird isn't it?
Click to expand...

I cant say I have but I know plenty of bigots of all colours and walks of life.
Reactions: taxslave and Ron in Regina

Dixie Cup said:
When it comes to neo-nazi's apparently they're all over the place. If that's the case, why haven't I ever met one? Huh? Weird isn't it?
Click to expand...

Go to an NDP convention. Place is full of them.
Reactions: Dixie Cup and petros

petros said:
I cant say I have but I know plenty of bigots of all colours and walks of life.
Click to expand...

Don't know any of them either. Guess I live a blessed life and my acquaintances & friends are all good people that come from all walks of life. and from many cultures as well. I am truly lucky!!!
Reactions: taxslave
You must log in or register to reply here.
Top Bottom