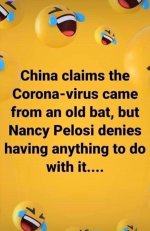 Article content
The company and its rivals, including U.S.-based Merck & Co Inc and Swiss pharmaceutical Roche Holding AG, have been racing to develop the first antiviral pill for COVID-19.

Pfizer begins study of oral drug for prevention of COVID-19
Close sticky video
Pfizer said it would study the drug, PF-07321332, in up to 2,660 healthy adult participants aged 18 and older who live in the same household as an individual with a confirmed symptomatic COVID-19 infection.


The trial would test PF-07321332 with a low dose of ritonavir, an older medication widely used in combination treatments for HIV infection.

Merck and partner Ridgeback Biotherapeutics said earlier this month they had begun enrolling patients in a late-stage trial of their experimental drug molnupiravir for prevention of COVID-19 infection.

Pfizer had also said earlier this month it started a mid-to-late-stage trial of PF-07321332 for the treatment of COVID-19 in non-hospitalized, symptomatic adult patients. 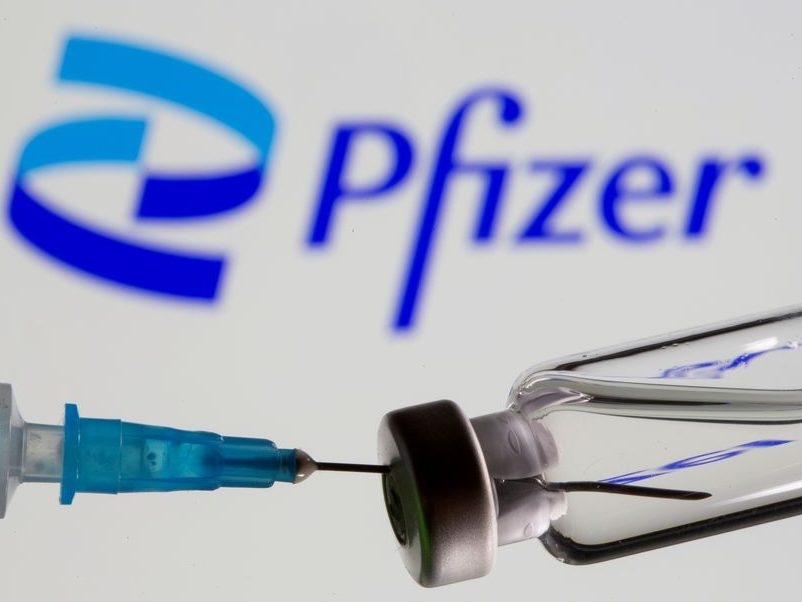 Pfizer begins study of oral drug for prevention of COVID-19 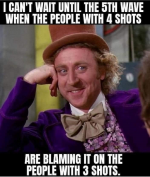 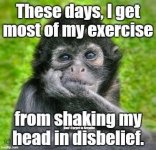 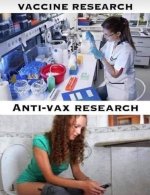 Yup the one on top gave the world thamLdahyde or how ever it is spelt .

pgs said:
Yup the one on top gave the world thamLdahyde or how ever it is spelt .
Click to expand... 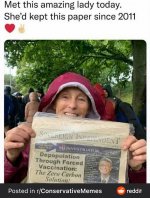 pgs said:
Yup the one on top gave the world thamLdahyde or how ever it is spelt .
Click to expand...

Every time I mention that some low information zealot says "oh, but things have changed in science since then"
Not from what I have seen. They are just better at covering up the mistakes. Usually by paying off the infected.
Reactions: Twin_Moose 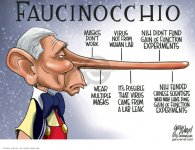 You are not fully vaccinated until you have the third dose .
Reactions: Twin_Moose, Decapoda and petros

pgs said:
You are not fully vaccinated until you have the third dose .
Click to expand...

In about 2 months it will be after the fourth dose. and next year......
Reactions: petros and Twin_Moose


The bylaws require masks to be worn in all indoor areas, including businesses, workplaces and common areas of apartment and condo buildings.

The extension keeps the bylaws in place until 12:01 a.m. of council’s first meeting in January 2022.

Dates of 2022’s city council meetings have not yet been set. 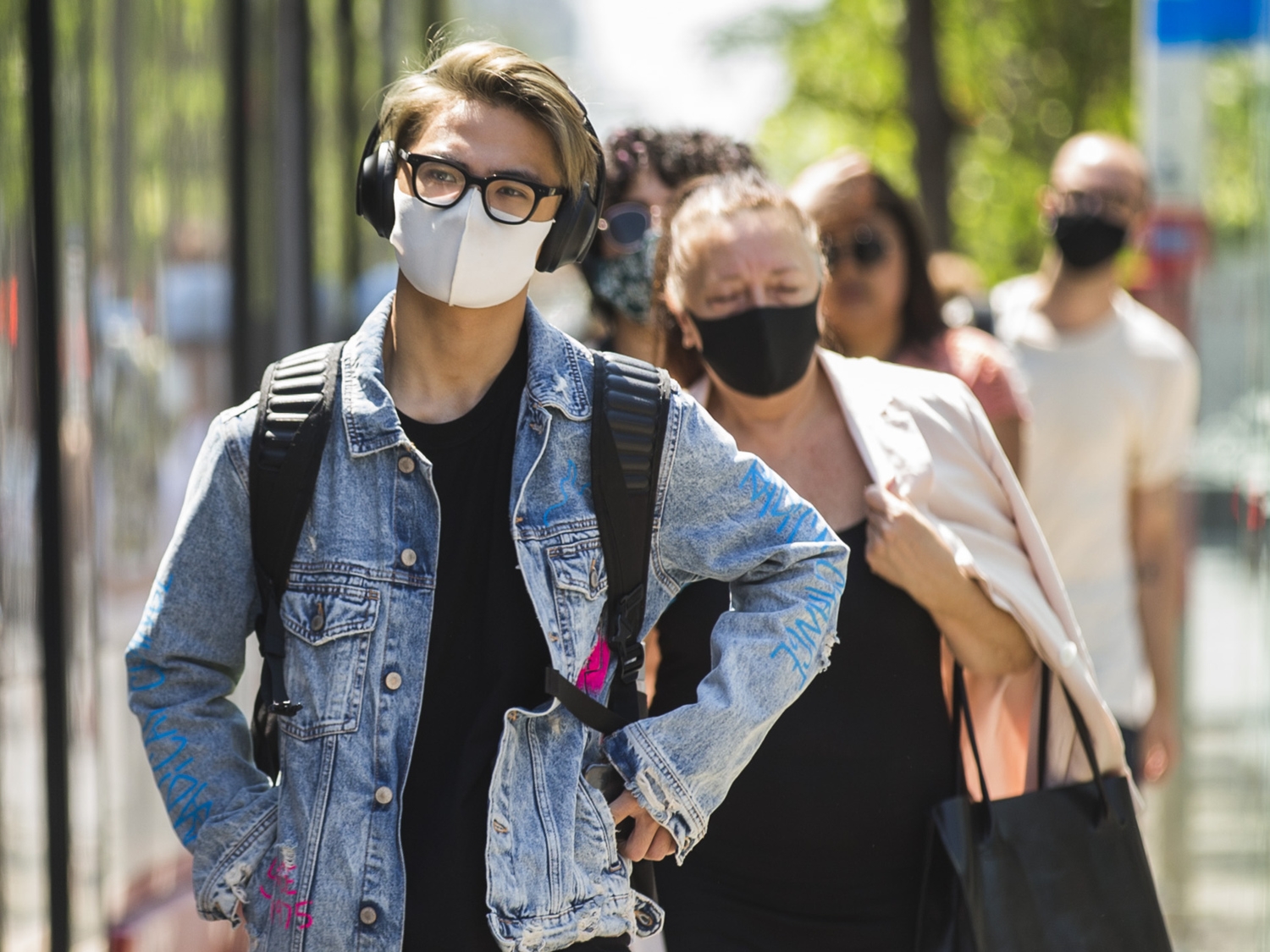 Toronto will stay masked up until into the new year.

Article content
Government house leader Paul Calandra says in a statement that Lindsey Park will no longer serve as parliamentary assistant to the attorney general.

Ford has said that all members of his Progressive Conservative caucus must be vaccinated, and he removed longtime Chatham-Kent-Leamington representative Rick Nicholls for refusing to get vaccinated.

However, Calandra says Park will remain in caucus because she has provided a medical exemption.

Park, who represents Durham, is Ford’s second caucus member with a medical exemption, along with Scarborough Centre representative Christina Mitas. 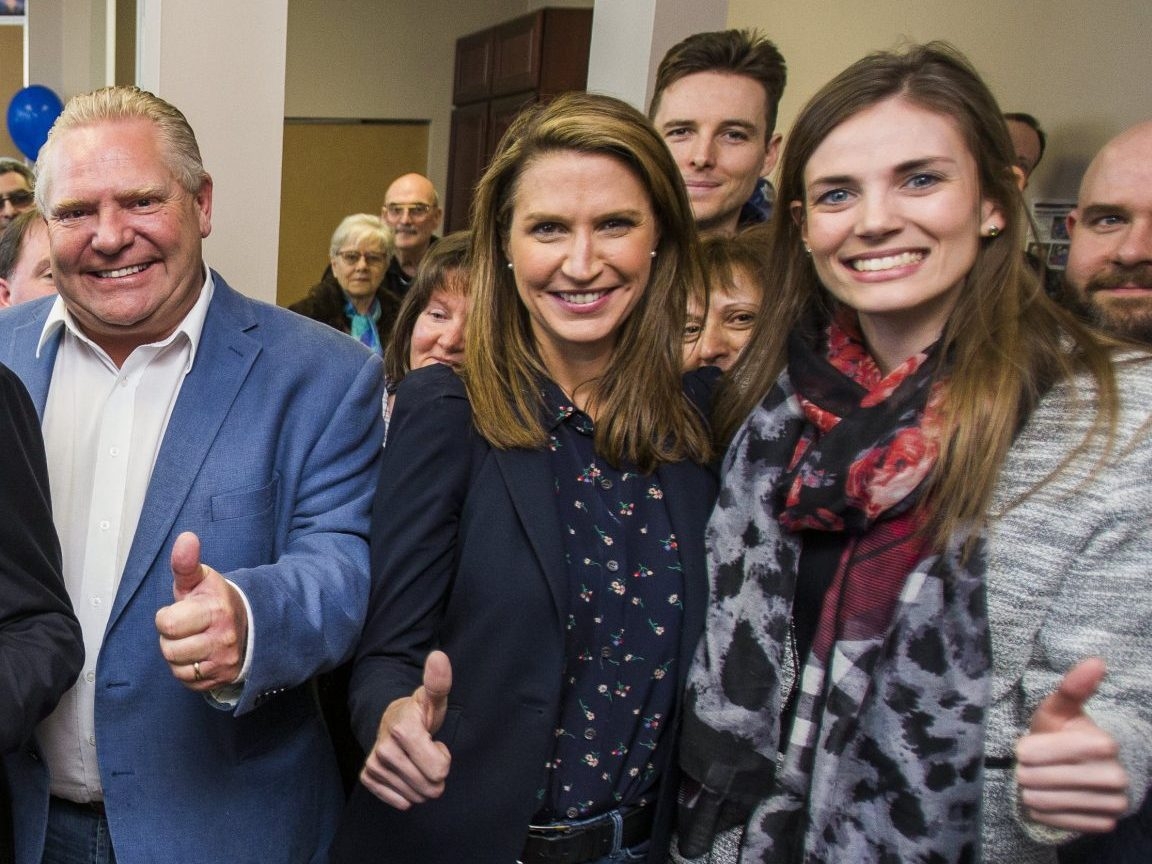 TORONTO — One of Premier Doug Ford’s caucus members has been stripped of her parliamentary assistant role for misrepresenting her COVID-19 vaccination status.

Article content
If it gets authorization, molnupiravir, which is designed to introduce errors into the genetic code of the virus, would be the first oral antiviral medication for COVID-19.


Merck and partner Ridgeback Biotherapeutics said they plan to seek U.S. emergency use authorization for the pill as soon as possible and to make regulatory applications worldwide.

“An oral antiviral that can impact hospitalization risk to such a degree would be game-changing,” said Amesh Adalja, senior scholar at the Johns Hopkins Center for Health Security.

Current treatment options include Gilead Sciences Inc’s infused antiviral remdesivir and generic steroid dexamethasone, both of which are generally only given once a patient has already been hospitalized.

Article content
“This is going to change the dialog around how to manage COVID-19,” Merck Chief Executive Robert Davis told Reuters.

Existing treatments are “cumbersome and logistically challenging to administer. A simple oral pill would be the opposite of that,” Adalja added.


The results from the Phase III trial, which sent Merck shares up more than 9%, were so strong that the study is being stopped early at the recommendation of outside monitors.

Shares of Atea Pharmaceuticals Inc, which is developing a similar COVID-19 treatment, were up more than 21% on the news.

Shares of COVID-19 vaccine makers Moderna Inc were off more than 10%, while Pfizer was down less than 1%.

Jefferies analyst Michael Yee said investors believe “people will be less afraid of COVID and less inclined to get vaccines if there is a simple pill that can treat COVID.”

Article content
Pfizer and Swiss drugmaker Roche Holding AG are also racing to develop an easy-to-administer antiviral pill for COVID-19. For now, only antibody cocktails that have to be given intravenously are approved for non-hospitalized patients.


White House COVID-19 response coordinator Jeff Zients said on Friday that molnupiravir is “a potential additional tool… to protect people from the worst outcomes of COVID,” but added that vaccination “remains far and away, our best tool against COVID-19.”

A planned interim analysis of 775 patients in Merck’s study looked at hospitalizations or deaths among people at risk for severe disease. It found that 7.3% of those given molnupiravir twice a day for five days were hospitalized and none had died by 29 days after treatment. That compared with a hospitalization rate of 14.1% for placebo patients. There were also eight deaths in the placebo group.

Article content
“Antiviral treatments that can be taken at home to keep people with COVID-19 out of the hospital are critically needed,” Wendy Holman, Ridgeback’s CEO, said in a statement.

Scientists welcomed the potential new treatment to help prevent serious illness from the virus, which has killed almost 5 million people around the world, 700,000 of them in the United States.

“A safe, affordable, and effective oral antiviral would be a huge advance in the fight against COVID,” said Peter Horby, a professor of emerging infectious diseases at the University of Oxford.


The study enrolled patients with laboratory-confirmed mild-to-moderate COVID-19, who had symptoms for no more than five days. All patients had at least one risk factor associated with poor disease outcome, such as obesity or older age.

Article content
Drugs in the same class as molnupiravir have been linked to birth defects in animal studies. Merck has said similar studies of molnupiravir – for longer and at higher doses than used in humans – indicate that the drug does not affect mammalian DNA.

Merck said viral sequencing done so far shows molnupiravir is effective against all variants of the coronavirus including the highly transmissible Delta, which has driven the recent worldwide surge in hospitalizations and deaths.

It said rates of adverse events were similar for both molnupiravir and placebo patients, but did not give details.

Merck has said data shows molnupiravir is not capable of inducing genetic changes in human cells, but men enrolled in its trials had to abstain from heterosexual intercourse or agree to use contraception. Women of child-bearing age in the study could be pregnant and also had to use birth control.

The U.S. drugmaker said it expects to produce 10 million courses of the treatment by the end of 2021.

The company has a U.S. government contract to supply 1.7 million courses of molnupiravir at a price of $700 per course.

Davis said Merck has similar agreements with other governments, and is in talks with more. Merck said it plans a tiered pricing approach based on country income criteria.

The U.S. government has the option to purchase up to an additional 3.5 million treatment courses if needed, a U.S. health official told Reuters. The official asked to remain anonymous because they were not authorized to comment publicly on the contract.

Merck has also agreed to license the drug to several India-based generic drugmakers, which would be able to supply the treatment to low- and middle-income countries.

Molnupiravir is also being studied in a Phase III trial for preventing infection in people exposed to the coronavirus.

Merck officials said it is unclear how long the FDA review will take, although Dean Li, head of Merck’s research labs, said, “they are going to try to work with alacrity on this.”' 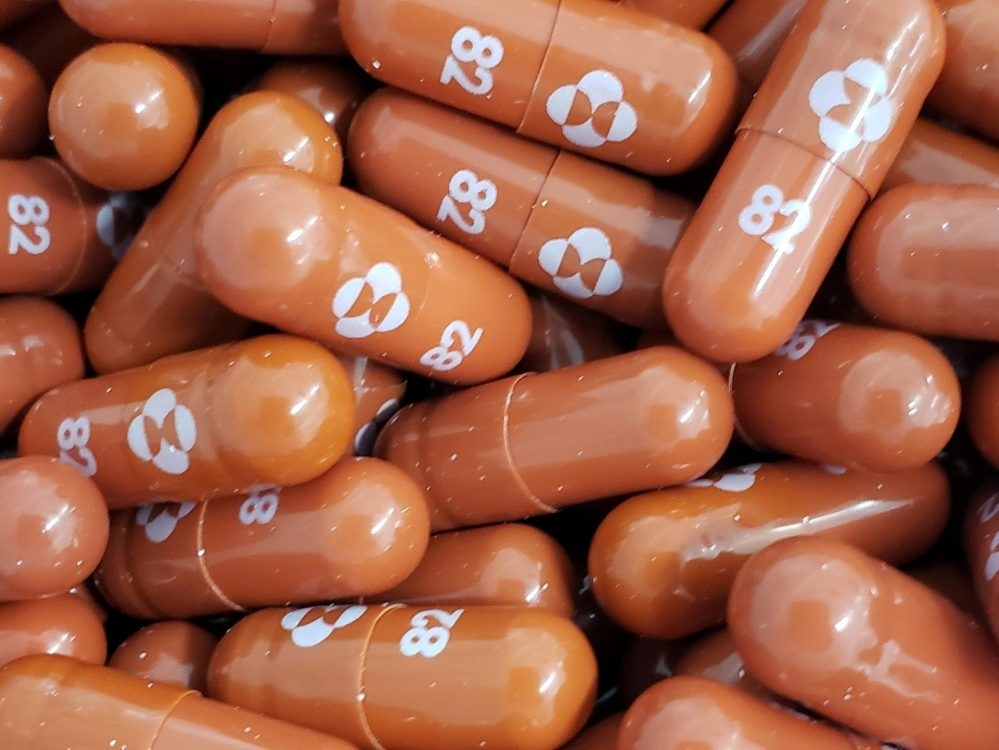 torontosun.com
Reactions: Twin_Moose
You must log in or register to reply here.
Top Bottom