"yes... we have everything we need for peaceful transition to Military power."

Major General W. Walker:"almost 25,000 national guardsmen came from all 50 states to help support the secret service and the police department with a peaceful transition of military power." In other words, he has just told us that on January 20 there will be a military government

Ummm, what part of "DC National Guard chief says "Peaceful transition to military power"!" do you not understand?

Oh... All of it I guess.
Reactions: Twin_Moose

Anti-CCP Group Tied To Miles Guo Dropping Bombs: Hunter Biden Sex Tapes And Other Evidence Of The CCP’s Infiltration Of The U.S…​

The Anti-CCP Group Tied to Miles Guo have opened up the faucet and are slow-dripping bombshells proving the extent of Chinese infiltrations and how they’ve compromised the U.S. political system. The evidence is damning and puts the Bidens in a bad position giving the impression that they are fully controlled by the Chinese Communist Party, which makes this a National Security issue.

NOTE: If you want to catch up on who Miles Guo is and how his associates came upon this content on Hunter Biden, please read our report Steve Bannon Associate, Miles Guo, Says Trump And The DOJ Are In Possession Of “Nuclear Bomb Hard Drives” Related To Hunter Biden, Xi Jinping, And China’s Biological Weapons Program. This report came out weeks before the New York Post story on Hunter laptop that was left at the repair shop.

The Anti-CCP group called “The New Federal State of China” is claiming to be dropping stuff every hour or so. To protect our users and CentipedeNation.com from possible illegal content, we will not be linking to anything of that nature.

The following drops do not constitute anything of that nature, but some are NSFW and should only be viewed by adults (18+).

🚨🚨 Anti-CCP Group Tied to Miles Guo Dropping Bombs: Hunter Biden Sex Tapes And Other Evidence Of The CCP’s Infiltration of the U.S…

The Anti-CCP Group Tied to Miles Guo have opened up the faucet and are slow-dripping bombshells proving the extent of Chinese infiltrations and how they've compromised the U.S. political system. The evidence is damning and puts the Bidens in a bad position giving the impression that they are...

You all want entertainment?

You got it!
Reactions: Twin_Moose

Steve Bannon associate and Exiled-CCP Billionaire, Miles Guo, has dropped some new intel claiming President Trump and the DOJ are now in possession of three “nuclear weapon hard drives” with damning evidence that will put an end to the Chinese Communist Party’s reign and their puppets; the Biden Crime Family.


The Lutheran News Agency are the ones that originally gave Miles Guo the details of their analysis of the hard drives. The three hard drives were submitted by the Jiang Zengmeng family after having a fallout with Xi Jinping. The motivation behind the distribution of the hard drives was due to Xi Jinping’s support of Biden and Xi’s plan to plunder overseas assets of several prominent Chinese families. That’s when panic hit and their plan went into motion.
From Guo’s gnews.org:

Xi Jinping’s actions to discredit President Trump in order to support Biden’s ascendancy caused the Jiang Zengmeng family to panic. They feared that Biden would cooperate with Xi to plunder the overseas assets of several major families after he was elected president. At the same time, he was also afraid that Xi would kill him after he completed the plunder.. the Jiang Zengmeng family was forced to make a move and handed three “nuclear bomb hard drives” to the US Department of Justice. After many setbacks, they were sent to President Trump by their revolutionary comrades.
Click to expand...

The three hard drives supposedly contain information that would – according to the Lutheran News Agency – change world history. The hard drives are said to contain the following:
As for the CCP and biological weapons, Guo also mentions that in a separate analysis of the third “Nuclear Bomb Hard Disk”, there is video documentary evidence where Xi Jingping mentions “… new military-civilian integration plan in the internal meeting, with gene editing, biological attack and defense, and vaccine development as priority plans.”
The third hard disk also includes a plan of destroying the American national system through a series of unrestricted campaigns called the “Eight Great Campaigns,” that includes global penetration, media wars, hacker attacks, information wars, biological wars, and more.
The Revolutionary Lutheran News Agency also pointed out the following:

… the third “Nuclear Bomb Hard Drive” included evidence from WHO Director-General Tedros Adhanom Ghebreyesus, Maria and others. During the epidemic, the WHO cooperated with the CCP to declare that the virus will not spread from person to person, and will not be transmitted asymptomatic. People and viruses will not cause erroneous information such as international spread, and cause major global casualties.
Click to expand...

Furthermore, gnews.org goes on to say that “President Trump’s holding of the “nuclear bomb hard drive” also means that the CCP is about to withdraw from the stage of history”… “It is about to face the people of the world. Trial.”
Please note: We can’t find much info on the name “Jiang Zengmeng”, but our suspicion is that there might be a translation error, and instead, Guo could be referring to Jiang Zemin. Of course we’ll do our own digs but expect others to do the same. ***Update*** According to a commenter below, “Jiang zengmeng means Jiang/Zeng/Meng，three Jiang faction name: Jiang zemin, Zeng qinghong and Meng Jianzhu.” All who were high level members of the CCP. This is also confirmed in the video below.
*** Update 10/16/2020 ***
There is also this video that goes into details of what these hard drives contained.

Steve Bannon associate and Exiled-CCP Billionaire, Miles Guo, has dropped some new intel claiming President Trump and the DOJ are now in possession of three "nuclear weapon hard drives" with damning evidence that will put an end to the Chinese Communist Party's reign and their puppets; the Biden...

You are watching a movie. 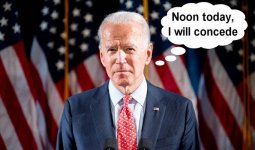 Danbones said:
You are watching a movie.

I've just woken up from a dream in which I was watching football with my dad here at my house and the whole world knew that just moments after the final whistle the world would end by the Sun disappearing. But nobody seemed to be bothered and were going about their lives as normal. As soon as the match ended I looked out the window and saw the Sun above and said to my dad: "You never know, the Sun might NOT disappear." I then woke up.

So the Aesopic and Pythonistic moral of my dream is: "Always look on the bright side of life."

Right, I'm going to try and go back to bubbose for a bit to see if I have another meaningful reverie.
Reactions: Danbones and Twin_Moose

Danbones said:
You are watching a movie.

One way or another, this is going to be an entertaining day.

Either we have a chance at a free world or we are all fooked.
Reactions: Twin_Moose

It'll probably be on Sky News and BBC News here later on this afternoon/early evening. I'll probably watch it with some wine to see if he gets assassinated. It'll be good furlough entertainment.
Reactions: Twin_Moose

Because people are unable to click on the link to read the shit themselves if they want..making the forum load faster and work better for all.. Just Say'in

Some links disappear don't they?

Yesterday at 08:49 ·
Pie gives Trump the send-off he deserves with one last EPIC rant.
Reactions: taxslave and Serryah

One great leader can bring peace.

But it was nice to see that, while the Reichpubliklans are indeed dumber'n dog shit, they mostly ain't suicidal.
Reactions: Cliffy and Serryah

Yesterday at 08:49 ·
Pie gives Trump the send-off he deserves with one last EPIC rant.
Click to expand...

I absolutely LOVED this when I saw it.
Reactions: Cliffy

But it was nice to see that, while the Reichpubliklans are indeed dumber'n dog shit, they mostly ain't suicidal.
Click to expand...

Pretty much on point.

Serryah said:
Pretty much on point.
Click to expand...

Means they can be reasoned with.

At gunpoint.
Reactions: Cliffy and Serryah
You must log in or register to reply here.
Top Bottom