Yeah. An Italian body and underpinnings, and a Ford V8. I believe Panteras are still sold, but I think they've changed hands.

hermanntrude said:
the trouble with public outdoor places is that they're particularly sensitive to littering, which is what happens around any outlet such as timmy's
Click to expand...

"Leave my bits alone, Tim!" she was heard to have said.

L Gilbert said:
I tried a tin of TH's coffee once. I came to the conculsion that it's better at a TH's than it is at home. At home it takes a half pound of grounds per cup of water to get decent strength out of it. I love their chili in a bun and the donuts are awesome.
Click to expand...

I buy the 48 grind pack box but it's kind of hard to find. I usually will buy 2 or 3 boxes at a time when I do find them You need to go to a Tim's in an area that's more commercialized as a lot of offices buy them. One day when we were getting close to finishing the box and we couldn't find another so we opened a little bag and poured it into a measuring cup. We then had a guide for the canned stuff, but I still prefer the bags.

It's pretty good but still not the same as the store...

In BC the law requires a paid 10 minute break every two hours. Quite probably does in Quebec as well if the employees would read the labour code and WCB rules.
C

I'm 100% certain that the Quebec labour code will not allow that. It is a non-story. The Sun .... all of the news that's print to fit.

No more coffee breaks: Pilot schooled after touching down next to P.E.I. Tim Hor

Tim Hortons franchisee group sues parent company Restaurant Brands International
Aleksandra Sagan, THE CANADIAN PRESS
First posted: Friday, October 06, 2017 03:43 PM EDT | Updated: Friday, October 06, 2017 10:36 PM EDT
VANCOUVER — The legal battle between a group of Tim Hortons franchisees and their parent company escalated Friday as the corporate-unsanctioned association filed a lawsuit alleging that Restaurant Brands International, its subsidiary and several executives continually subvert their right to associate.
The defendants have engaged in conduct that “seeks to interfere with, restrict, penalize, or threaten franchisees from exercising their rights to associate,” according to a lawsuit filed in an Ontario Superior Court of Justice on behalf of two franchisees who belong to the Great White North Franchisee Association. None of the claims have been proven in court.
Tim Hortons called the lawsuit “unfounded,” in a statement by its media relations team.
“We have always been clear that we will not interfere with our franchisees’ right to associate and that remains true today,” it read, adding the lawsuit is the latest tactic of the group’s “disregard for the brand and our restaurant owners.”
The GWNFA, which incorporated in March to raise franchisee concerns over the management of the brand, alleges the defendants systematically stymied their group.
The claim alleges this pattern includes the defendants denying future store opportunities to franchisees because they are “not aligned” with Tim Hortons’s interest and setting aside a $2 billion fund to buy out franchisees who have joined the GWNFA or may do so in the future.
“It is happening. We know it’s happening,” said GWNFA president David Hughes, one of the lead plaintiffs.
He hopes the lawsuit, which is seeking about $850 million in damages from RBI and its subsidiary, will force the parent company to reconsider legal action it commenced late last month.
RBI subsidiary the TDL Group Corp. served default notices to all of the GWNFA’s board members, including Hughes, on Sept. 18. The company accused them of providing confidential information to Tim Hortons former CEO Don Schroeder, who then allegedly gave it to a Canadian newspaper.
Schroeder and the GWNFA deny these claims, and the association included the legal action in its statement of claim as proof of the company’s efforts to hamper its operations.
This is the group’s second lawsuit against the company.
In June, a $500-million lawsuit filed on behalf of franchisee and GWNFA member Mark Kuziora alleged RBI improperly used money from a national advertising fund. The allegations have not been proven in court and RBI said at the time that it vehemently disagrees with and denies all the allegations.
The lawsuit is currently in the preliminary stages, said Hughes, and the GWNFA hopes it will move before a judge in early 2018.
While the two sides are now mostly communicating through lawyers, Hughes said the association is willing to sit down with executives and work out a fair deal for franchisees.
Until that deal is achieved, it doesn’t appear Hughes will back down.
“I’m the guy that started. I’m the guy that’s going to stand. If I’m the last man standing, so be it.”
Tim Hortons franchisee group sues parent company Restaurant Brands International

Tim Hortons unveils Buffalo sauce latte
Aleksandra Sagan, THE CANADIAN PRESS
First posted: Friday, October 13, 2017 12:50 PM EDT | Updated: Friday, October 13, 2017 06:15 PM EDT
VANCOUVER — It may be pumpkin spice season, but in the latest move by restaurants to create social media buzzworthy concoctions, Tim Hortons is experimenting with a far more bizarre new latte flavour: Buffalo sauce.
The latte — available at only two Buffalo, N.Y., locations for a limited time — is made with a “bold Buffalo sauce flavour,” and finished off with “a dusting of zesty Buffalo seasoning” and a whipped topping. Blue cheese not included.
The idea to incorporate Buffalo sauce into its menu stemmed from noticing both the coffee-and-doughnut chain and the sauce were created in 1964, Tims said in a press release.
“I think that is part of the broader strategy to create products and items that will garner some of that social media excitement,” said Robert Carter, executive director of foodservice at NPD Group, a market research firm.
“(But) I don’t know if it’s, you know, to the point where they’re going, ’Let’s just think of the most crazy outlandish thing.”’
In an environment where consumers’ wage growth is falling behind the pace of economic expansion, restaurant industry growth is fairly flat, said Carter.
That means chains are forced to differentiate themselves and steal customers from other companies in order to boost their traffic, he said. One way to do that is create buzzworthy food and beverage items that consumers, especially the important millennial demographic, will share on their social media profiles, Carter added.
In this vein, Tim Hortons has launched a series of zany products recently. Last Canada Day, some U.S. restaurants served Canada-inspired treats, including a poutine doughnut featuring cheese curds and gravy.
“We always enjoy having some fun with our guests by sharing innovative and unique products,” a Tim Hortons spokesperson said in an emailed statement.
They’re not alone in the practice. Coffee chain competitor Starbucks launched its Unicorn Frapuccino in April, capitalizing on millennials’ collective obsession with the single-horned creature. The fast-food industry has also seen chicken taco shells and burger buns, hot-dog stuffed pizza crusts and black- and red-bunned Whopper burgers, just to name a few.
As industry growth is expected to remain stagnant over the next few years, Carter anticipates major brands will continue the trend of serving up Instagram-worthy dishes.
Brands can no longer rely on traditional advertising, said Yann Cornil, an assistant professor at the University of British Columbia’s Sauder School of Business.
With people watching less television, he said, brands must generate traction via word-of-mouth and social media.
Part of what’s helping attract people to this particular latte, Yann said, is it’s a global brand honing in on a distinct local flavour. Communities respond well to chains creating products based on their local identities, he said.
The strange combination of chicken-wing sauce and coffee also draws in sensation seekers, he said. These individuals may not even enjoy the taste, but enjoy the thrill of novel experiences. Typically, they’re younger people, Yann said, so part of Tim Hortons’s strategy may be to draw in a younger demographic. 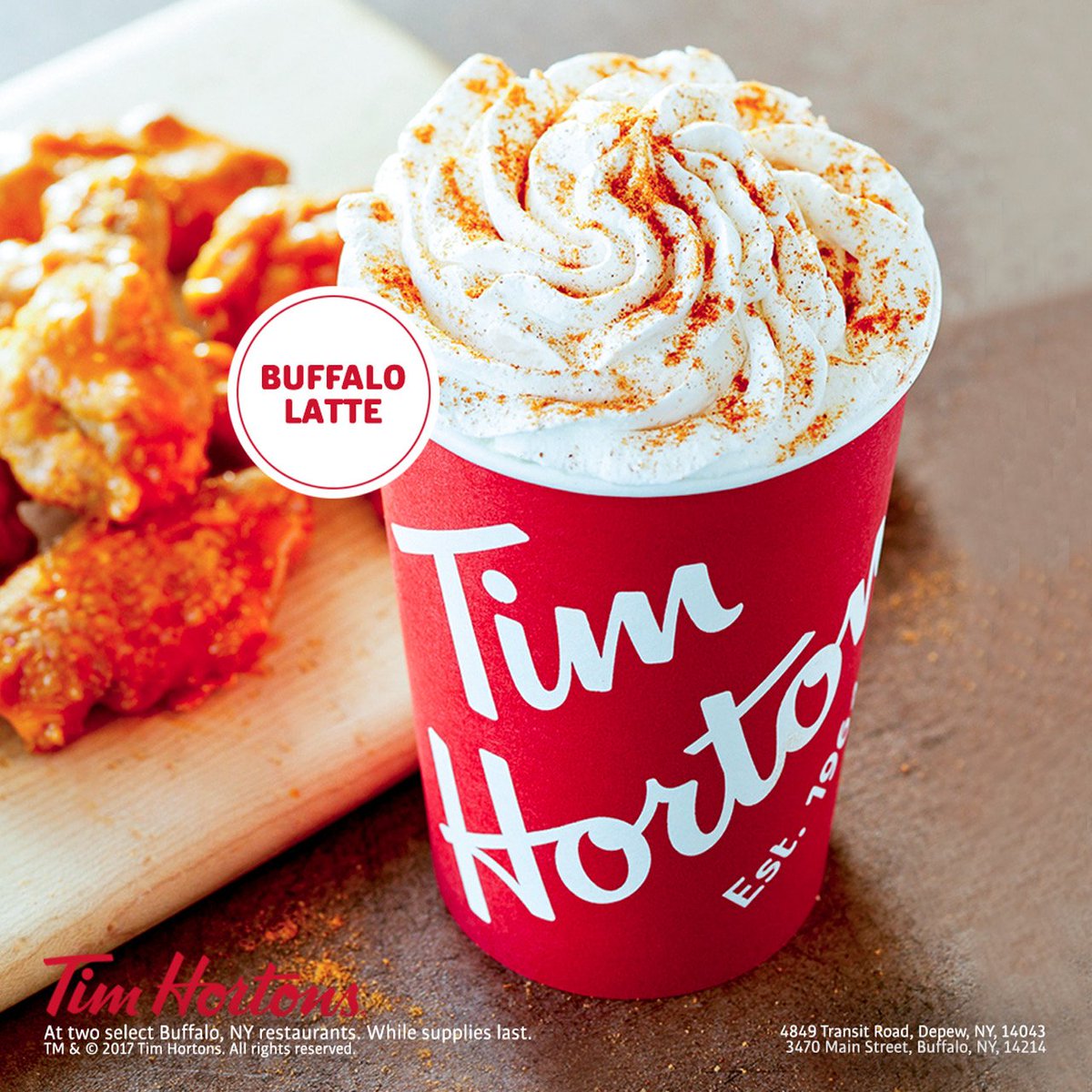 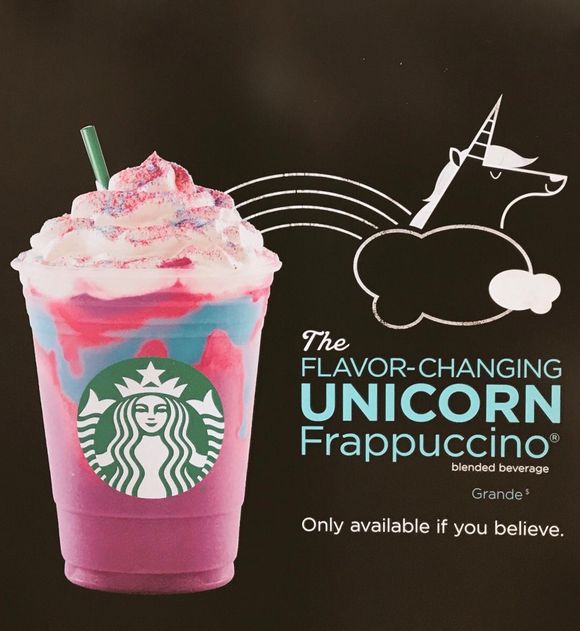 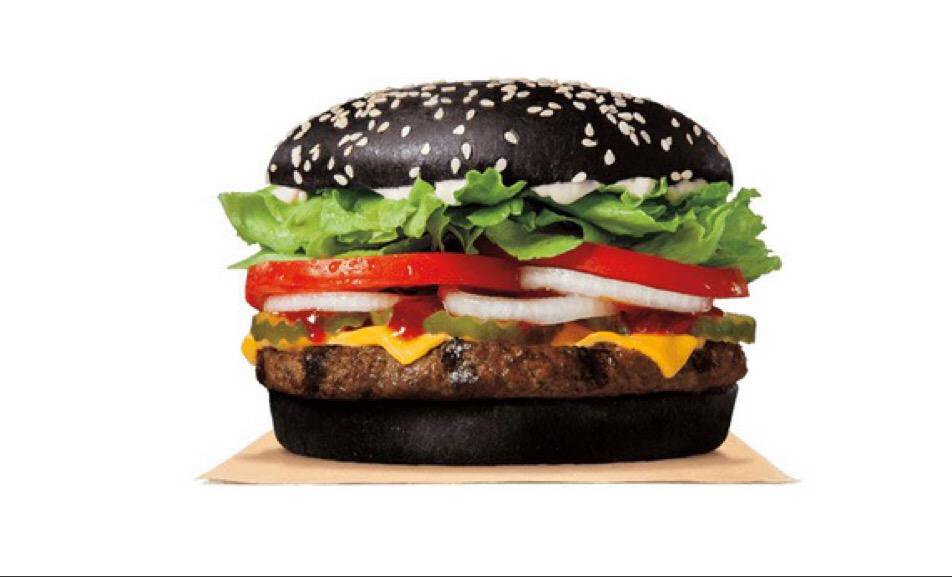 Two Timmy's in Gopherland but only way up state in Bemidji and International Falls.

None in the Twinkie Cities.

Peel cops arrest woman accused of assaulting Tim Hortons staff in viral video
Jenny Yuen
More from Jenny Yuen
Published:
July 18, 2018
Updated:
July 18, 2018 6:17 PM EDT
Screengrab of a woman allegedly assaulting a Tim Horton's employee on July 15.Binder Singh/Facebook
A 21-year-old woman caught on video appearing to grab onto the hair of a Brampton Tim Horton’s employee while another staff member tries to free her has been arrested.
Peel Regional Police say a woman climbed through the drive-thru window and entered the coffee shop near McVean Dr. and Castlemore Rd. after staff had closed the dining area for the night, but were still serving customers who pulled up in vehicles.
“She began to attack the attendant on the other side and she’s grabbing her hair,” said Const. Danny Marttini. “By the time we got there, the female was gone.”
The video was posted to Facebook on Monday evening, but the incident took place at 3:17 a.m. that morning. The footage shows a male worker trying to de-escalate the situation by talking to the suspect, while trying to free his co-worker’s hair. When he does, the suspect is then seen punching the female worker. Eventually, the worker is freed and seen visibly upset on camera.
No word whether the customer was intoxicated. While police could not confirm this, media reports suggest the suspect was denied using the washroom.
“Nobody comes to work expecting to be treated this way. The aggressive behaviour of this individual is completely unacceptable by any standards. The restaurant owner of this location is providing support and assistance to the team members impacted by this incident and is also cooperating with the investigation by local authorities,” Tim Hortons said in a statement.
The 25-year-old female worker and 20-year-old male co-worker, both from Brampton, suffered minor injuries.
Leliqua Clarke of Brampton is charged with two counts of assault and one count of break-and-enter with intent.
She was held for a bail hearing scheduled for Thursday.
jyuen@postmedia.com
http://facebook.com/binder.singh.90813/videos/10156213732250090
http://torontosun.com/news/local-ne...f-assaulting-tim-hortons-staff-in-viral-video

Sterilize her.
You must log in or register to reply here.
Top Bottom