Thinking of moving to Saskatchewan 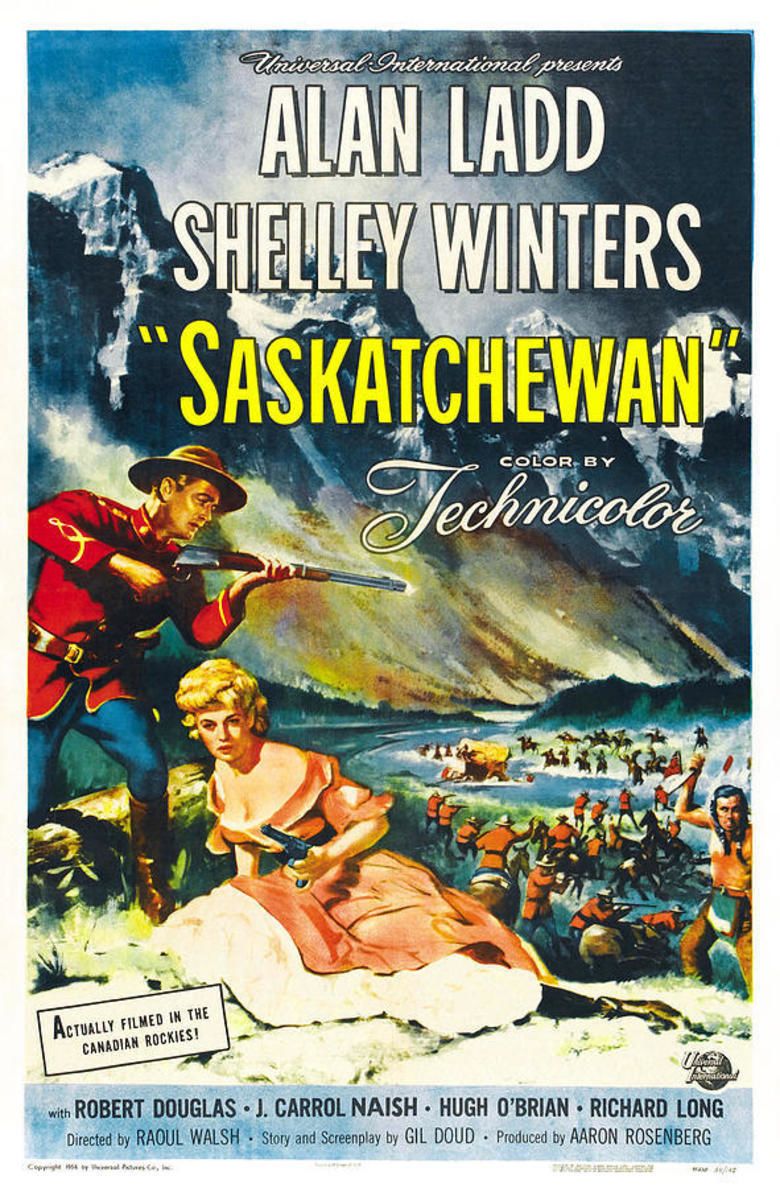 Seems like a place for the adventurous.
Reactions: Ron in Regina

Johnnny said:
Been thinking of moving somewhere outside of Ontario because i'm starting to feel that I've outgrown this province. Having spent a lot of time in Saskabush i figure why not consider the southern part. The province has a strong economy and is central to all of Western Canada which would increase my options more so than staying in Ontario.

Aside from the northern part of the province i know nothing else of it.

What would be the Pro's and Con's of the province if i decided to move there?
Click to expand...

If you've outgrown Ontario you won't fit into SK too good. :lol: :lol:

Curious Cdn said:
Are you a pig?
Click to expand...

What breed of pig are you?
H

Johnnny said:
Decent social scene, reasonable rent and then real estate and a place not loaded with an absurd amount of junkies...

Saskatoon is full of raunchys.
Reactions: Ron in Regina

Curious Cdn said:
What breed of pig are you?
Click to expand...

Poor George always so curious . Did you ever get any ?
C

pgs said:
Poor George always so curious . Did you ever get any ?
Click to expand...

I don't do pigs. How about you?

Curious Cdn said:
I don't do pigs. How about you?
Click to expand...

I don’t do idiots . Do you resemble one George ?

Another opportunity to open for you

Several Saskatchewan First Nations are opposed to the construction of a diamond mine unless their concerns are addressed.
The Saskatchewan government gave environmental approval on Thursday to Star Diamond Corp. to proceed with the next step in its Star-Orion South Diamond Mine project east of Prince Albert.
The province said the company must make accommodations to address the potential impacts of the project on Indigenous treaty rights.
James Smith Cree Nation Chief Wally Burns said the mine, as proposed, will adversely affect his community.
“The way things stand, everyone else gets the benefits of a mine, while we are left with all the consequences,” Burns said in a statement.
“There will be no mine until our peoples’ interests are satisfied.”
Burns said the mine will be on irreplaceable sacred land.
Robert Head, chief of the Peter Chapman First Nation, said the government failed to address their concerns over the impact the mine will have on their treaty land.
“The more we dug, the more we realized this mine will have intergenerational impacts on our people, our traditions, our very spirituality,” he said.
Of concern to the First Nations is the footprint they said the mine and facilities will have on the Fort á la Corne Forest, roughly 65 kilometres east of Prince Albert.
They said it will impact hunting rights and deprive band members access to land linked to their culture.

The government said Star Diamond must make accommodations to address potential impacts to First Nations treaty rights and traditional land uses as it moves forward with the project.
Environment Minister Dustin Duncan said Thursday he is confident conditions imposed on Star Diamond will alleviate any concerns.
“The government of Saskatchewan has an obligation to ensure that developments undergo comprehensive assessment and proceed with appropriate environmental safeguards in place,” Duncan said.
“I am confident this project has met these requirements and the conditions of approval will mitigate environmental and community impacts.”
One condition is for a conservation area to be set aside in the forest, along with James Smith Cree Nation involvement in environmental monitoring.
Government officials said they carried out their duty to consult, and engaged with Indigenous communities during the consultation process.
The federal government previously gave a positive environmental review to the project.

The mine is expected to employ 700 people when operational.
“The project has the potential to generate billions of dollars of corporate and municipal taxed and royalities, while also providing direct employment for hundreds of people throughout the construction phase,” said Star Diamand president and CEO Kenneth MacNeill in a statement.
The company said an assessment estimated 66 million carats of diamonds could be recovered from a surface mine over a 38-year period.
Click to expand...

Which part of the treaty are they violating?

The "as long as the sun shines and the rivers flow and the money for nothing and the chicks for free" part?
Reactions: petros

Ron in Regina said:
The "as long as the sun shines and the rivers flow and the money for nothing and the chicks for free" part?
Click to expand...

That's good, but I was actually picturing this:

The 23-year-old man who was the target of a home invasion in Weyburn, Keegan Muxlow, is facing a second-degree murder charge, after allegedly shooting and killing an 18-year-old man who broke into his home with two others.
Muxlow is also facing charges unsafe storage of a firearm and possession of a firearm without a licence.
The two other men who were alleged to have broken into the home, a 23-year-old and a 25-year-old, have been charged with break and enter and commit assault, possession of a firearm without a licence, and wearing a disguise during the commission of an offence.
The 23-year-old was also charged with possession of what police described as a small amount of cocaine that was found during a search at the police headquarters.
The men were all known to each other, according to police.
Deputy Chief Rod Stafford said that the home invaders had a shotgun with them but didn't know if they were carrying any other weapons.
The 18-year-old—identified as Nathan Hutt of Weyburn—who is alleged to have been part of the home invasion died in hospital around 12:30 a.m. CST on Saturday after shots were fired during a confrontation at the home.
Stafford said that the investigation so far doesn't point to there being a gunfight, meaning that the only shots fired came from Muxlow's .22-calibre rifle.
The 23-year-old invader was also injured. Stafford said he was stabbed.
As for the reason for the home invasion, Stafford said they're still in the dark about that.
"That's one of the main questions we still have unanswered and we're hoping that once we interview each of the people in custody, that they will be able to shed some light if not considerable light on that," he said.
A police dog is being brought in from Estevan to help search for another piece of evidence, but Stafford said it was "not crucial".
Officers were sent to the 300 block of 4th Street Northeast on Friday night after receiving a call about a home invasion involving firearms, according to a news release by Weyburn police.
After securing the house, police learned two injured men, aged 18 and 23, had arrived at the Weyburn General Hospital.
Police went to the hospital and determined both men were suspects in the alleged home invasion, according to Weyburn Police Chief Marlo Pritchard. He said their injuries were related to a confrontation during the invasion.
Community response
The Weyburn Police tweeted Sunday that the community has been very supportive of them during the investigation but wanted citizens to "avoid speculation".
Stafford echoed that sentiment.
"Until you know the facts, don't jump to conclusions and don't take sides," he said.
"Even at this point, like I say, we're the only ones really that have any inkling of the true nature of the investigation."
He also said they have been getting a lot of tips from the community and he urged people to keep coming in or call in to give anything they might know about the incident.
This was the first homicide in Weyburn in over 20 years, with the last one happening in 1995. The chief of police said he believed this was an isolated incident, and there was no wider risk to the community.
Click to expand...

I do not own a firearm and have no intention of getting one. From the little bit that I've heard on the radio it sounds like the homeowner knew the home invaders, but that doesn't change the fact that his home was invaded by armed intruder's with at least one shot gun. This may have been drug related but that doesn't change the fact that this was a home invasion by armed invaders, and I'm sure that the resident of this home was in fear for his life. The resident of this home has been charged after repelling these Home invaders that came with at least one shot gun. I admit that I do not know much about the facts of the story beyond what I've heard on the radio and read in the thread post above mine, but it just feels wrong at this point that the residents of the home has been charged with anything beyond cocaine possession.
Reactions: petros

Shotgun and knives one of the knives cut the homeowner from the article. He will be guilty of no firearms possession license and unlawful storage of firearms, I agree with you about defending himself.

The masks were there from other criminal acts as the place was a hideout and greed would be motive, the shooter was increasing his take and it was a move that was above his pay-grade. There was a lot more coke than what was recovered. One last ride before jail.

Did you know him MHz?
C

He must be a PRAUG

FSIN are criticizing Moe for not going far enough with his apology
You must log in or register to reply here.
Top Bottom