Jinentonix said:
You mean like the Democrats are perfectly happy to do with the likes of Antifa and BLM? Cities across the US are burning because of ALT-left shit. People's lives and livelihoods are being destroyed by ALT-left shit. Hey, let's focus the blame on White supremacists for "accelerating" the violence.
Too late. The ALT-left is already doing that. And yes, violence foments violence. This is ALL on the Democrats and their ALT-left pets. This is EXACTLY the kind of horseshit that led to the rise of fascism and ultimately nazism in Europe. Anyone with even a modicum of knowledge of modern European history knows that.
"The city (Kenosha) will continue to burn until the offending officer is named and charged". Uh oh, better blame the White supies for the ALT-left making terrorist threats.Yeah, that's not gonna accelerate violence or nothin'.
Click to expand...

Tecumsehsbones said:
Most cowards who never had the balls to put on a uniform do.
Click to expand...

Nothing cowardly about wanting decent pay for what you do. Even when I was a lowly apprentice I made more money than military guys with 20 years in.

Serryah said:
So you don't know what happened after he murdered the people? Not surprising.
He walked RIGHT TOWARDS the police who were going to the scene. One officer asked if anyone was hurt ahead. He had his hands up the entire time.
Meanwhile people were shouting the kid was the shooter. They bypassed him, ignoring what they were being told, and let him go instead of at least detaining him.
Even if you argue that he shot the people on purpose/by accident, he LEFT the scene of the crime HE committed. He also broke the law in carrying a gun he was now legally allowed to, and he used force that was beyond the allowed force used in WI for 'protection of property' which is what he was supposedly there for.
But hey, if you're twisting yourself inside out to say he didn't do the crime, then you're good with the guy the cops shot that started all this being totally innocent too.
Click to expand...

He didn't murder anyone.
H

It reeks of courage.

Girth said:
Who did he "murder?" He shot people that attacked him. That will be proven in court as self defense.
Click to expand...


Girth said:
That was after the fact. He initially was running towards the Police, but the mob attacked him.
Click to expand...

Because he just shot someone in the face.

Girth said:
He offered to surrender himself to Police, but they let him go. He certainly did not try to flee the scene, as you are implying.
Click to expand...

He LOOKED like he was trying to surrender. If he actually was he would have gone to the cops and said "I just killed someone" like he told someone on his phone and let them take him in. Instead, he said SFA as the cops passed him and asked if anyone was hurt ahead, then went back home.

Girth said:
Irrelevant, and deflective. Now run along, and get back to making some cookies, Toots.
Click to expand...

Absolutely relevant seeing as all this stems from what the cops did to Jacob Blake. If you're okay with Kyle shooting people regardless, then you're okay with Jacob just wanting to get into his car despite being told not to by police.

I'll make cookies soon as your get your lazy male ass out and do something productive.

So why don't you tell us who you are.. you have been hiding behind your username on CanadianContent.net for years with your cowardly comments.

Tecumsehsbones said:
Send the teenage high-school dropouts who don't even qualify to join the Army!
Click to expand...


That is an interesting demographic

captain morgan said:
That is an interesting demographic
Click to expand...

Antifa and other assorted nerdowells. 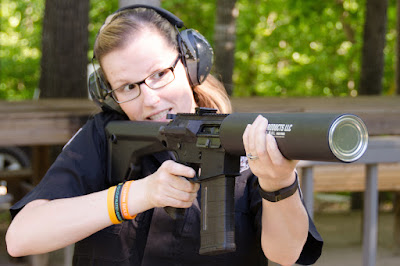 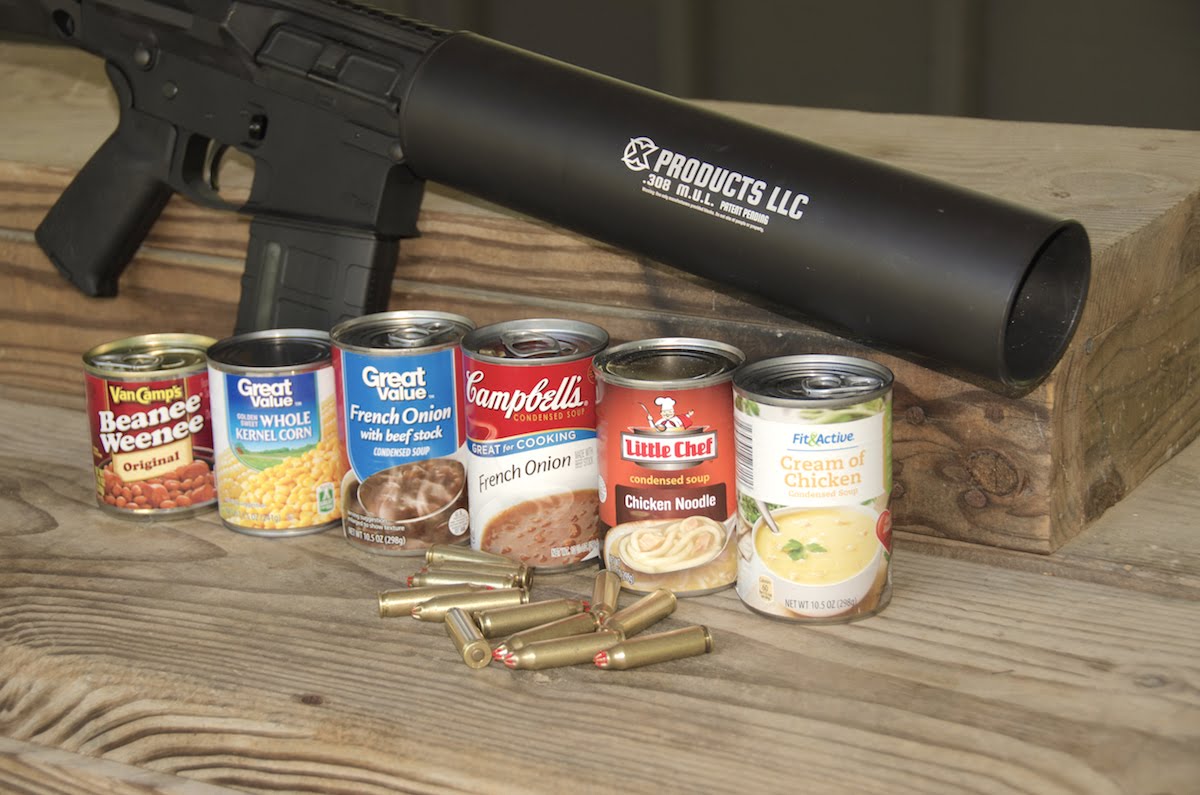 How does it compare to a potato gun?

Girth said:
You make a good point.
Hoid should disclose more information about himself.
Click to expand...

A chic with a dick :lol:

Nevermind we already have one of those here :lol: IT!!

speech demonstration staged by conservative activists quickly fell apart in downtown San Francisco on Saturday after several hundred counterprotesters surged the area, outnumbering and attacking those gathered, including knocking one in the mouth.
Team Save America organized the rally to protest Twitter, which it said squelches conservative speech.
Pro-Trump free-speech supporters and liberal anti-Trump plus anti-fascist protesters faced off at San Francisco’s United Nations Plaza and on a street near Twitter’s Market Street headquarters in a protest over the social media giant’s policing policy of hate speech and fake political news.
Members of the group wore red “Make America Great Again” Trump campaign hats and carried pro-police “Thin Blue Line” flags and U.S. flags.
“Two of them were Black men, which is always really confusing to see someone who’s been brainwashed into that,” Demitria Ruiz, a counterprotester, told KPIX.
The Proud Boys were supposed to attend but organizers said they didn’t show up.
“I was hoping (the Proud Boys) would … stand toe-to-toe with us and, like, get spit in their face, you know? If you’re going to come out and establish your principles, you might as well actually show up,” Ruiz said. 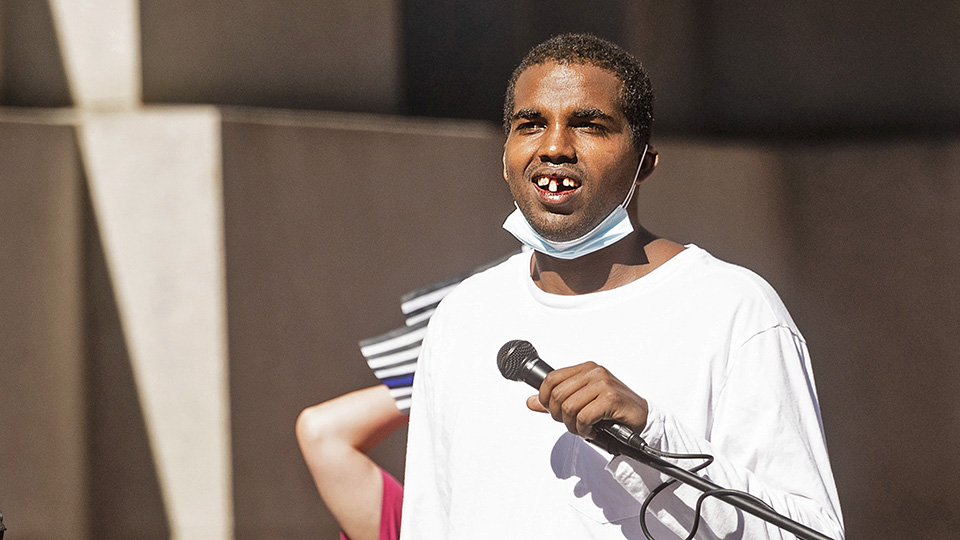 Within minutes of when the protest started, there was pushing, shoving and some punches thrown between those protesting with opposing views. One of the protest organizers — Philip Anderson — was punched in the face.

Anderson posted photos to social media of his bloody mouth with a front tooth missing and another hanging loosely. He said anti-fascist protesters attacked him “for no reason.”

Anderson took the stage at about 1 p.m. and was greeted by chants and plastic water bottles and glass bottles thrown over police barricades.

Anderson called the counterprotesters hypocrites and said they are the reason why he’s voting for President Donald Trump.

“I love America, I love this country and I love free speech,” he said.

One man told KPIX as paramedics were wheeling him toward an ambulance, “I’m a Trump supporter. They assaulted me!”

“They chased me, they kicked me for no reason. said Marc Solorzano, who suffered a leg injury. “I’m from a Latin home. I married a Mexican woman. They kicked me for running — I was running from them!”......More
Click to expand...

Published 10 hours ago
Free speech rally marred by violence as counterprotesters storm event, beat pro-Trump demonstrators
An organizer of the protest had a tooth knocked out

Published 10 hours ago
Free speech rally marred by violence as counterprotesters storm event, beat pro-Trump demonstrators
An organizer of the protest had a tooth knocked out
Click to expand...

They were mostly peaceful .

Antifa couldn't figure out why Black and Latino's were organizing the rallies then beat them up without anyone claiming racism, what a farce.

Published 10 hours ago
Free speech rally marred by violence as counterprotesters storm event, beat pro-Trump demonstrators
An organizer of the protest had a tooth knocked out
Click to expand...

Well we already knew the left is against any free speech that they do not pre approve.

Serryah said:
Honestly I don't get why what he did BEFORE he murdered two people matters? He illegally, with a gun he's not allowed to have legally, shot two people and then left the scene and went home which was not even in the same state.

There is no justification for that what so ever.
Click to expand...

How was his ownership of his firearm in any way illegal? Did he have a criminal record? If you're going to tell me that his weapon was illegal in that state then I gotta wonder why nobody who cries about guns seems the least bit concerned about the NFAC walking around with actual military grade, fully automatic rifles, which are illegal everywhere in the US without a federal permit.


All the murders the so-called "justice seekers" have committed since all this crap started but the anti-Trump crowd would rather focus on one White kid in Wisconsin.


And just so you know how far down the rabbit hole the Democrats are willing to take the US, there's a bunch of Democrat D.As who are saying they will not prosecute non-violent crimes like looting, theft, property crimes etc.
But brandish firearms in your own yard as a bunch of "peaceful protestors" break down your gate/fence and rush in and the Democrats wanna get all prosecute-y about it.
One D.A. in SoCal even went so far as to say it's not stealing/looting if you need the stuff you're stealing/looting. You know, cuz stores and rich people gots insurance. Yep, vote Democrat and watch the US get flushed down the crapper.

ooops Antifa is just an idea..

Tell that to the people who got looted, burned out and the police that were killed.. .

Nazism was just an idea too.
Reactions: Dixie Cup

Why aren't these sorts protesting about the Paris teacher beheaded by a Muslim?

In the London Assembly, Sadiq Khan is asked why he allows BLM protests but not anti-lockdown protests. Why Muslims are allowed to break lockdown while a German doctor protesting against lockdown was arrested at Speaker's Corner. He can't answer the question.

Good to see these vile lefties being owned. We need to see more of it...

Ya know, I've been checking out images of antifa and uh, I have to say there sure is a distinct lack of racial diversity among them. Seems kind'a... I dunno, racist.
Reactions: Twin_Moose and TheShadow
You must log in or register to reply here.
Top Bottom