Oh Baby! Cinni is Going to the Superbowl!

Oops! I'm a little into my cups...I meant Cincinnati!

Too Bad. I dislike the Bagels.
J

Well, if team names mean anything, I'd bet on the Bengals. Usually Tiger v. Sheep has only one outcome, and that's lunch.
Reactions: taxslave

Probably the best playoff the NFL has ever had. All games were exciting and down to the wire.

I was a bit torn as I liked all the teams in the AFC and NFC championship games. I cheered for every score no matter who scored them LOL

I think the teams going to the Super Bowl are deserving. I think the Rams will win....Bengals used up all their luck in my opinion.
Reactions: Hoof Hearted

The city needs a shot in the arm, and they are the underdogs. I really think they can pull this off. Hope it's an exciting Superbowl in 2 weeks.
Reactions: MyOpinion

The real question is ... before the superbowl ... how many times will Tom Brady retire and unretire?

IdRatherBeSkiing said:
The real question is ... before the superbowl ... how many times will Tom Brady retire and unretire?
Click to expand...

You should check out the hard rock version of Thunderstruck sometime. . .

The fan, who attended the NFC Championship game between the Los Angeles Rams and 49ers last Sunday, was in a medically induced coma, officials said.

Inglewood Mayor James T. Butts said the suspect was arrested at his home in nearby Montebello, CBS 2 in Los Angeles reported. The licence plate number of the suspect’s car, taken from surveillance video, aided in identifying the suspect and led to Thursday night’s arrest, per the report.

The name of the suspect hasn’t been released.

The victim has been identified as Daniel Luna, 40, a restaurant owner in Oakland, Calif. He was found in the stadium parking lot during the game.

Butts said video shows a man identified as Luna push a man wearing a Rams jersey in the back. That man then retaliated and struck Luna, who fell and hit his head on the ground, the Los Angeles Times reported.

A police source in Inglewood told the Times that the suspect is claiming self-defence.

Officials in Inglewood were slow to acknowledge the altercation, but Inglewood police Lt. Geoffrey Meeks said there was no attempt to hide what happened with the Super Bowl coming up, the Times said.

“We don’t have anything to hide,” Meeks said, adding the department typically says little amid ongoing investigations.

SoFi Stadium is set to host Super Bowl LVI between the Rams and Cincinnati Bengals on Feb. 13. 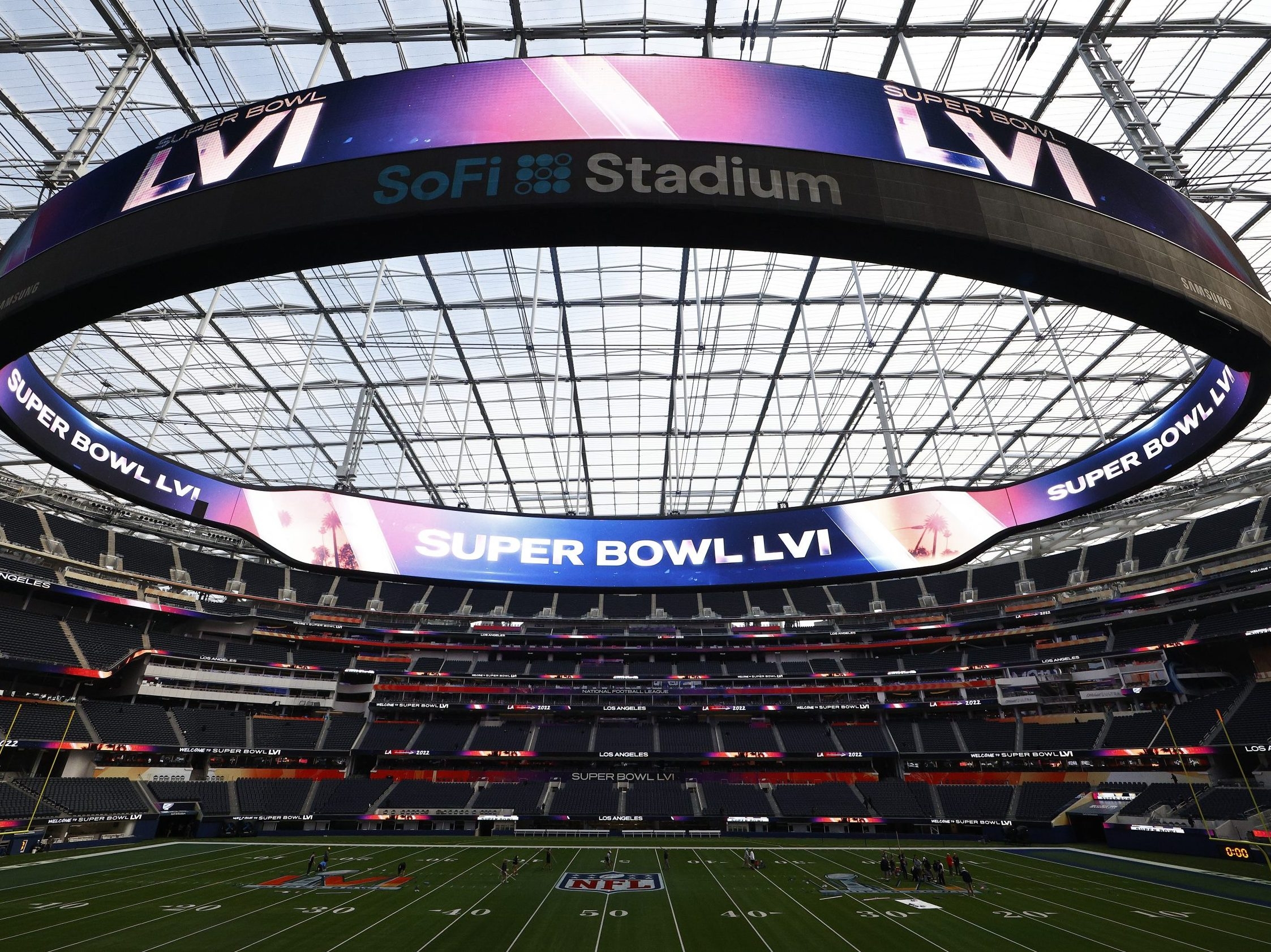 A suspect has been arrested in an attack on a San Francisco 49ers fan last weekend in the parking lot at SoFi Stadium in Inglewood, Calif.

How could they tell?

Word on the street is that US truckers are going to block off the stadium for superbowl.

taxslave said:
Word on the street is that US truckers are going to block off the stadium for superbowl.
Click to expand...

I'm not sure the "word on the street" in Mooseknuckle, British Columbastan is worth a fake toonie.

Tecumsehsbones said:
I'm not sure the "word on the street" in Mooseknuckle, British Columbastan is worth a fake toonie.
Click to expand...

The value of a fake toonie isn't much greater than that of a government one.

That's what ya get for adopting Monopoly money as your national currency.
Reactions: taxslave

We use Canadian Tire money. Taken at par at some bars.
Reactions: Tecumsehsbones

taxslave said:
We use Canadian Tire money. Taken at par at some bars.
Click to expand...

Heh-heh. Canadian Bitcoin.
Reactions: taxslave
You must log in or register to reply here.
Top Bottom