I recently read that Samsung got stung for fudging the efficiency of their TVs. Did VW buy Samsung recently or something?
C

Ralph Nader was right about the Volkswagen Beetle ... "Criminally dangerous"

I thought it was the Corvair that he didn't like (?).

Curious Cdn said:
So, if there were no EPA measuring emmisions, there would be no problem.


Who is advocating for the citizenry in that equation? It's all Caveat Emptor and if you don't have any knowledge about what you're buying, that's just tough.

Remember automobiles are the second biggest purchases that we make. What would you think of an unregulated construction industry with no building codes? Is your house going to fall down? Maybe yes, maybe no but government has no business keeping your houses from falling down. Only a Commie would expect the government to provide building standards. You are on your own, consumers and its for your own good.
Click to expand...

The problem is more in the way they chose to test emissions. The only thing that should count is MPG.
C

He didn't like either with the engine behind the passengers and not much more than fresh air in front of them. Nader diudnt just single out one type. He went after the whole industry. They needed someone to keep them honest, too (See Ford Pinto deaths)

Just about anything with wheels pissed him off.

Ah fer the good'ldaze when ya got a repair manual with a new Beetle.
C

Nuggler said:
Just about anything with wheels pissed him off.

Ah fer the good'ldaze when ya got a repair manual with a new Beetle.
Click to expand...

My first car was an old, baffed out 1970 Superbeetle that I bought for 400 bucks. I have to admit that it was fun to drive

What a hunk 'o junk! The backfiring gas heater told me "Get out, now!"

Curious Cdn said:
My first car was an old, baffed out 1970 Superbeetle that I bought for 400 bucks. I have to admit that it was fun to drive

What a hunk 'o junk! The backfiring gas heater told me "Get out, now!"
Click to expand...

You were lucky,
The only heater mine had was the output vent from the motor cooling fan...
You drove in the winter with one hand on the wheel and a scraper in the other....
And it was good on gas if you followed a semi......on level ground you could put it in neutral and shut off the motor when you were at the right distance behind.....
C

DaSleeper said:
You were lucky,
The only heater mine had was the output vent from the motor cooling fan...
You drove in the winter with one hand on the wheel and a scraper in the other....
And it was good on gas if you followed a semi......on level ground you could put it in neutral and shut off the motor when you were at the right distance behind.....
Click to expand...

No, you were lucky. Those heaters were dangerous. A friend's Beetle burst into flames from the gas heater when he was flat out on the highway. He pulled over, got out quickly and WHOOMPH! ... dead VW.
Last edited: Oct 7, 2015 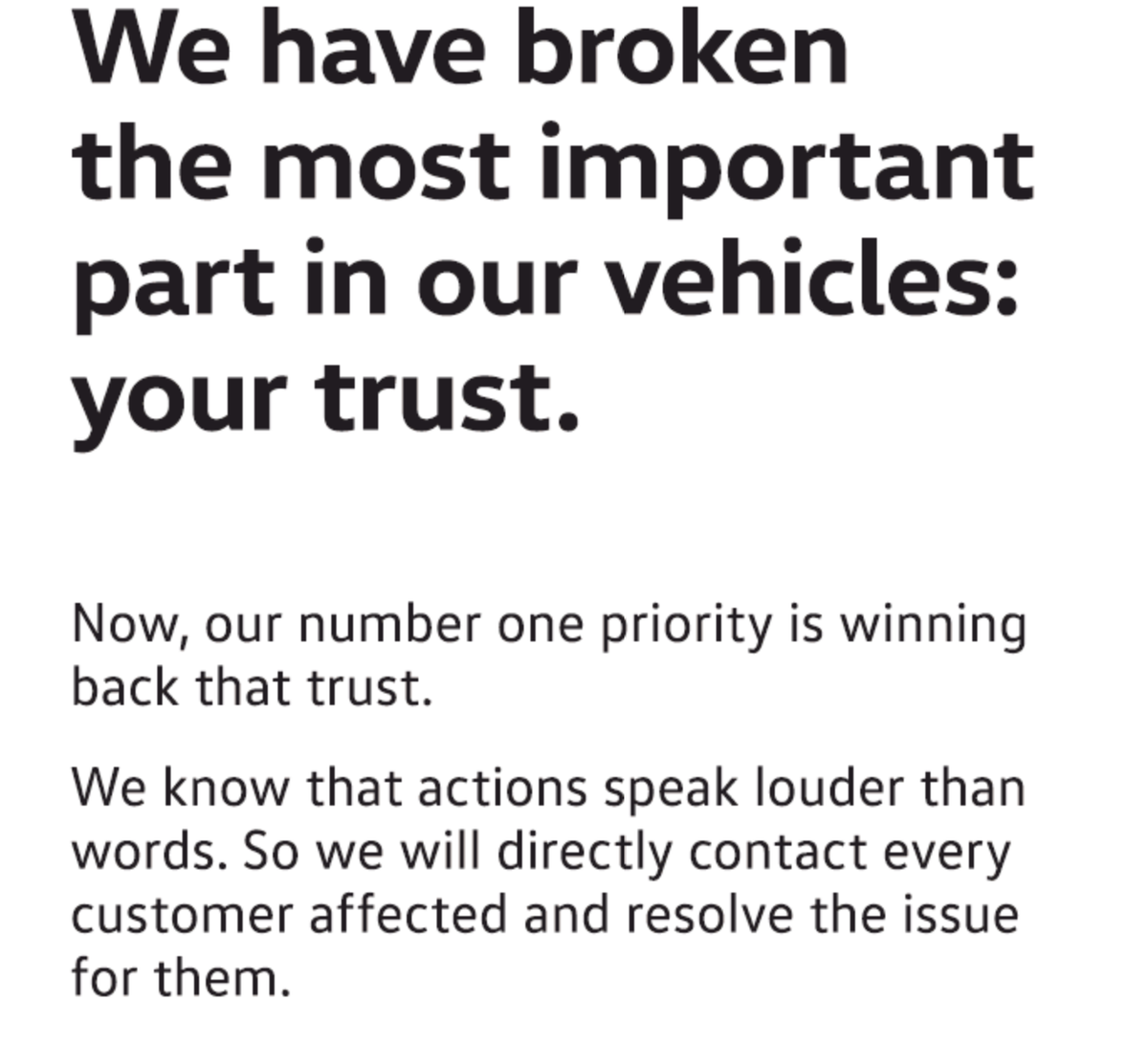 Lawmakers slams EPA for not catching Volkswagen for years

Lawmakers slammed an Environmental Protection Agency official who testified after Horn for not catching Volkswagen. Representative Michael Burgess, a Texas Republican, questioned the size of EPA's annual budget, noting that the cheating was uncovered by a West Virginia University study that had a budget of less than $70,000.

"I'm not going to blame our budget for the fact that we missed this cheating," replied the EPA's Christopher Grundler, who said his transportation and air quality office has an annual budget of roughly $100 million. "I do think we do a very good job of setting priorities."

Burgess replied: "With all due respect, just looking at the situation, I think the American people ought to ask that we fire you and hire West Virginia University to do our work."

Why is the EPA the bad guy? Why didn't anybody else on the planet find the finagle?
T

Ninety-seven percent of all modern diesel cars emit more toxic nitrogen oxide (NOx) pollution on the road than the official limit, according to the most comprehensive set of data yet published, with a quarter producing at least six times more than the limit.

Surprisingly, the tiny number of models that did not exceed the standard were mostly Volkswagens, the carmaker whose cheating of diesel emissions tests which emerged last year sparked the scandal. Experts said the new results show that clean diesel cars can be made but that virtually all manufacturers have failed to do so.

Mayoral candidates in London, the city with the worst air quality in Britain, have seized on the DfT data to call for tighter controls on polluting traffic – including a ban on diesel cars.

Locutus said:
they were green warriors I 'spose. 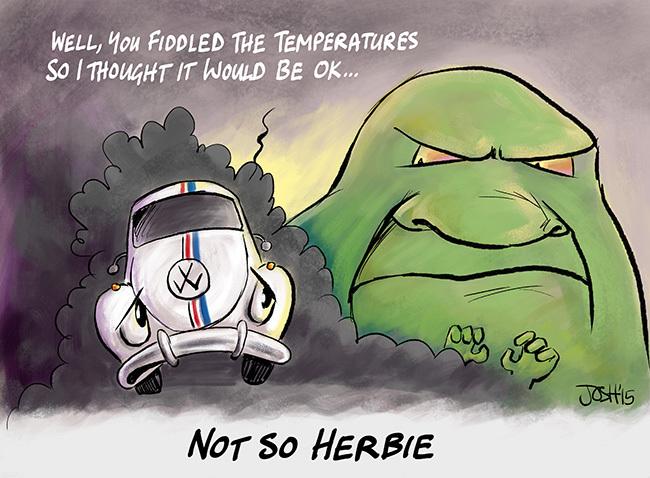 Exasperated Canadian Volkswagen owners anxious for a Canadian settlement will be stuck in the limbo they're enduring over their emissions-spewing diesel vehicles for at least a few more weeks.

Volkswagen Canada and parties involved in class-action lawsuits in Ontario and Quebec were scheduled to give updates in court today on a proposed deal to compensate the roughly 100,000 VW owners affected by the emissions-cheating debacle, but the updates were put off.

A lawyer from Siskinds Law Firm involved in the Ontario suit told CBC News on Tuesday morning that they hope to have something concrete regarding the affected 2.0L TDI vehicles by the next scheduled court date on Dec. 19.

In an email Tuesday morning, a spokesperson from Volkswagen Canada said, "The parties continue to engage in productive discussions and will keep the courts updated."

"Here we are, the big court date and nothing is solved," said VW Passat owner from Mono, Ont., Anca Periet. "Are the lawyers dragging the issue for their own benefit? I'm furious beyond belief."

Canadian owners of diesel VWs have been faced with uncertainty since it was learned in 2015 the engines emit nitrogen oxide at a level many times more than permitted under pollution standards. They'll take a financial hit if they sell the cars, but have yet to hear how Volkswagen will compensate them.

At the end of July, VW announced diesel owners in the U.S. can choose between a buyback or a repair, in addition to cash compensation ranging from $5,100 to $10,000 per owner. People who owned an affected VW model as of September 2015, when the EPA first exposed the scandal, or have since bought one, will be eligible. The gavel is expected to come down on the $14.7-billion US deal today.

Rumours have been circulating that the Canadian settlement will be very similar to the U.S. one. Almost all of the owners CBC News spoke to said they would be happy with that. They're just tired of waiting

Bonnie Ayotte purchased a VW Beetle in Abbotsford, B.C., for $38,000 in 2013, thinking it was a clean vehicle that she could pass on to her son when he graduated. The single mother on disability is concerned about reports the amount she gets for her car may be adjusted to account for mileage. In that case, she fears she could lose as much $20,000 on the vehicle.

"It's devastating me financially. I should not be punished for these miles," she said. "I have no control over the time taken and, unlike others, cannot afford to get another vehicle to park mine while we wait."

Liberal minister accused of taking too much time investigating Volkswagen's emis
You must log in or register to reply here.
Top Bottom