If true, that doesn't surprise me. It seems that in their haste to bury or discredit Trump in any way they can, the staffers keep making stupid mistakes. Whether it's trusting anonymous sources, or something as flagrant as making up news, their missteps are noticed far more than their factual reporting.

I have a problem with Jake Tapper. He stumbles through his show, gets worked up and comes across as unprofessional and hateful. Erin Burnett is just as bad. On balance, Anderson Cooper manages to walk the middle line for most of his reporting.

CNN won't go out of business, but it would not surprise me to see new faces in the fall. Management is going to rearrange things, if CNN is in trouble.
Last edited: Jun 28, 2017

It's the whole fake news, elite propaganda, yellow news tool they represent that is in trouble.

FoxNews is dying and Walter too..

All the sex scandals

Anyone who goes against Donald Trump should be PUNISHED!

No, full of crap yellow journalism liars should be..now go to the principal's office.

Murphy said:
CNN won't go out of business, but it would not surprise me to see new faces in the fall. Management is going to rearrange things, if CNN is in trouble.
Click to expand...

The shakeup has begun.

Hope the vacuum pulls the rest in.

In the bush near Sudbury

...and Tromp plugs the hole - headfirst so the intelligent end can still speak

Anybody in the newspaper, radio or TV news business is fast becoming a dinosaur. 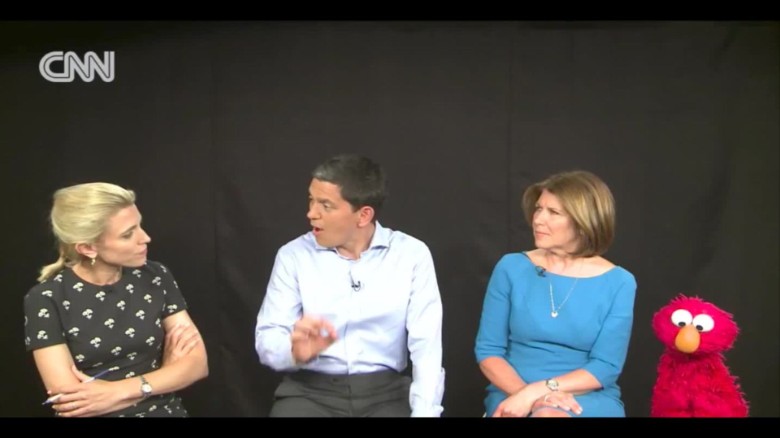 Hoof Hearted said:
Anybody in the newspaper, radio or TV news business is fast becoming a dinosaur.
Click to expand...

It should have happened a few years back. That it didn't kind of points to the American public getting just what they deserve.

11. The Media Can Legally Lie – Top 25 of 2005
April 29, 2010 CMW REPORT, Spring 2003
Title: “Court Ruled That Media Can Legally Lie”
Author: Liane Casten
ORGANIC CONSUMER ASSOCIATION, March 7, 2004
Title: “Florida Appeals Court Orders Akre-Wilson Must Pay Trial Costs for $24.3 Billion Fox Television; Couple Warns Journalists of Danger to Free Speech, Whistle Blower Protection”
Author: Al Krebs
Faculty Evaluator: Liz Burch, Ph.D.
Student Researcher: Sara Brunner
In February 2003, a Florida Court of Appeals unanimously agreed with an assertion by FOX News that there is no rule against distorting or falsifying the news in the United States.
Back in December of 1996, Jane Akre and her husband, Steve Wilson, were hired by FOX as a part of the Fox “Investigators” team at WTVT in Tampa Bay, Florida. In 1997 the team began work on a story about bovine growth hormone (BGH), a controversial substance manufactured by Monsanto Corporation. The couple produced a four-part series revealing that there were many health risks related to BGH and that Florida supermarket chains did little to avoid selling milk from cows treated with the hormone, despite assuring customers otherwise.
According to Akre and Wilson, the station was initially very excited about the series. But within a week, Fox executives and their attorneys wanted the reporters to use statements from Monsanto representatives that the reporters knew were false and to make other revisions to the story that were in direct conflict with the facts. Fox editors then tried to force Akre and Wilson to continue to produce the distorted story. When they refused and threatened to report Fox’s actions to the FCC, they were both fired.(Project Censored #12 1997)
Akre and Wilson sued the Fox station and on August 18, 2000, a Florida jury unanimously decided that Akre was wrongfully fired by Fox Television when she refused to broadcast (in the jury’s words) “a false, distorted or slanted story” about the widespread use of BGH in dairy cows. They further maintained that she deserved protection under Florida’s whistle blower law. Akre was awarded a $425,000 settlement. Inexplicably, however, the court decided that Steve Wilson, her partner in the case, was ruled not wronged by the same actions taken by FOX.
(in part)


Fox News Sued for the Right to Lie
Rumors have circulated since at least 2009 claiming that the Fox News cable television channel fought successfully in court for the right to lie, misinform, or deceive viewers. The claim that Fox News legally won the “right to lie” has been repeated across the internet despite its being factually inaccurate on more than one level.
First, the case from which the rumor stemmed resulted in a Florida appeals court ruling in February 2003, not 2004. More germane to the rumor, however, is the fact that the case at hand did not involve the national Fox News cable channel (the case substantially predates the Fox News cable channel’s current 24-hour coverage), but rather a local Tampa Bay television station (WTVT) that was an affiliate station of the Fox network.
Additionally, the events that led up to the “Fox lies” case were not about the station’s day-to-day programming; rather, the legal battle to which the rumor refers was about a husband-and-wife reporting team (Jane Aker and Steve Wilson) who objected to being involved in an unaired story about bovine growth hormones (BGH) due to what the pair believed was a corporate conflict of interest. The reporters claimed they had been unfairly terminated from their jobs for “resisting WTVT’s attempts to distort or suppress the BGH story”:

In September 1997, WTVT notified Akre and Wilson that it was exercising its option to terminate their employment contracts without cause. Akre and Wilson responded in writing to WTVT threatening to file a complaint with the Federal Communications Commission (“FCC”) alleging that the station had “illegally” edited the still unfinished BGH report in violation of an FCC policy against federally licensed broadcasters deliberately distorting the news. The parties never resolved their differences regarding the content of the story, and consequently, the story never aired.
In April 1998, Akre and Wilson sued WTVT alleging, among other things, claims under the whistle-blower’s statute. Those claims alleged that their terminations had been in retaliation for their resisting WTVT’s attempts to distort or suppress the BGH story and for threatening to report the alleged news distortion to the FCC. Akre also brought claims for declaratory relief and for breach of contract. After a four-week trial, a jury found against Wilson on all of his claims. The trial court directed a verdict against Akre on her breach of contract claim, Akre abandoned her claim for declaratory relief, and the trial court let her whistle-blower claims go to the jury. The jury rejected all of Akre’s claims except her claim that WTVT retaliated against her in response to her threat to disclose the alleged news distortion to the FCC. The jury awarded Akre $425,000 in damages(in part)

A few years ago CNN said they were going after Fox viewers so fake news would fit that mold, or should I say mould.


Ann (Mann) Coulter on Wednesday tore into fellow conservative Sean Hannity on Wednesday, saying the Fox News host "would endorse communism" if President Trump thought it was a good idea.


Ann Coulter: Hannity 'would endorse communism' if Trump thought it was good | TheHill

Hannity at this point is the only standing survivor in the MSM.

Considering the left are the communists and the nazis ( funded by Soros the country killer), I'd say "Manne the horseface" might be being just a bit ( if 6 was 9 ) silly.


If Coulter was paying attention, (as we have seen) Trump is NOT the supporter of communism the left has made him out to be.
T

Danbones said:
Hannity at this point is the only standing survivor in the MSM.
Considsering the left are the communists and the nazis ( funded by Soros the country killer, jeez), I'd say the "Manne the horse face" might be being just a bit ( if 6 was 9 ) silly.


If Coulter was paying attention, (as we have seen) Trump is NOT the supporter of communism the left has made him out to be.
Click to expand...

Ummmmmm.......CNN is hardly Communist but neo-liberal and Coulter is not saying Trump is a supporter of Communisim but that 'if he did support it, Hannity would as well.

Sounds like he is line for a big-ass severance check.
You must log in or register to reply here.
Top Bottom