Best Concert You Ever Attended?

I saw U2 in 1987 at Olympic Stadium in Montreal. They were at the top of their game. It was almost like a religious experience...66,000 people all singing in unison.

Saw Simple Minds in Ottawa ''85. Another solid show from a band in their prime.

So what notable bands have you seen? Who on this forum goes back the furthest with a rock 'n roll concert story?

The Posies put on an incredible live performance back in the early 90's. Still on of my fave bands to this day!

I saw Raffi at my elementary school gymnasium. Bananaphone was off the hook.

First Lollapalooza was fun with a wicked lineup.

Led Zepplin, Montreal Forum, around 1970. First time they ever saw tens of thousands of liters fire up at the end of their set. They ended up coming back to do 3 half hour encores. I thought the Forum would collapse from everybody bang on the chairs at the end of it all. Next was Joe Cocker, same Forum. It was packed and not one person was sitting down. Every last one was dancing. The energy was unbelievable.

We had grabbed some Magnetic pepsi beer can wrapper labels, and put them on our beers, and they let us in with them and the cooler, while dumping everyone else's booze on the ground at the entrance!

Best part: I am in the picture I just found with my beer!
( Ted Nugent was actually the best of show that day...by far the most energy on stage I have ever seen...and as a sound tech, I have seen a lot of stages)
Last edited: Jun 19, 2017

Too many to list-I do remember Willie Dixon @ the old PNE Gardens and the first Genesis tour same venue as both being exceptional.


Bonnie put on the concert of her life when she honored the great Stevie Vaughan who was killed in a crash just the night before. This was at the Minnesota State Fair. She cried on stage three times when she spoke of him and the great influence he had in her musical career. 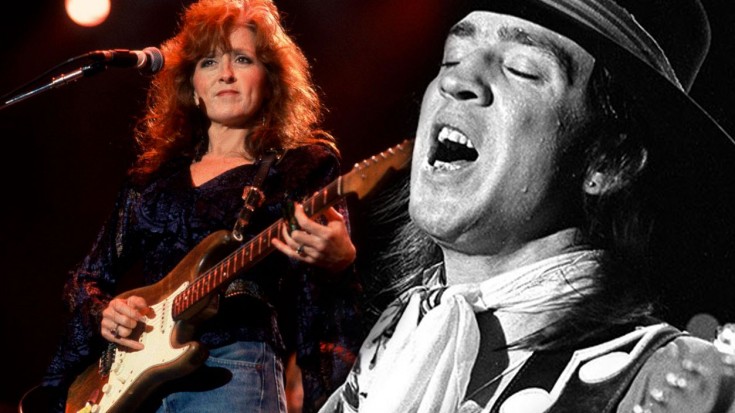 I will NEVER forget that show as long as I live.

Chanticleer, at the Flato theatre in Markham. I'm thinking 2011 or 2012. Absolutely exquisite a Capella singing.

Its always the last one for me.

Last night we listened to some blues live in a barn, summer evening, great friends, great musicians. Best ever. Til next time.

It's funny, when you take local musicians and give them decent production they sound just like the pros
only their hearts are in the moment because it ISN'T just product.

There were so many it's hard to pick one. My first concert was at Winnipeg Stadium in 1981 with Ted Nugent, Loverboy, Heart and Blue Oyster Cult being the acts. The concert started at 1 pm and went til sometime at night. The following month I saw Ozzy's Blizzard of Oz tour with Randy Rhoads.
Another favourite was KISS. Such great energy at a concert and man, there's no place louder than Joe Louis Arena when they do Detroit Rock City.
Amazingly, Aerosmith had the best sound and they were tight. Quite unlike their live recordings I heard previously. Even had some people tell me I'd be disappointed but Aerosmith were clean by then and rocked the joint.

But if I had to pick an absolute favourite, then any Alice Cooper concert. He's shows are an extravaganza. They're a concert, magic show and horror show all in one.

I`ll say this again
"he Toronto Rock and Roll Revival was a one-day, twelve-hour music festival held in Toronto, Ontario, Canada on September 13, 1969. It featured a number of popular musical acts from the 1950s and 1960s.[1] The festival is particularly notable as featuring an appearance by John Lennon and Yoko Ono, as the Plastic Ono Band, which resulted in the release of their Live Peace in Toronto 1969 album.
e originally listed performers for the festival were Whiskey Howl, Bo Diddley, Chicago, Junior Walker and the All Stars, Tony Joe White, Alice Cooper, Chuck Berry, Cat Mother and the All Night News Boys, Jerry Lee Lewis, Gene Vincent, Little Richard, Doug Kershaw and The Doors. Kim Fowley was listed as the Master of Ceremonies.[2] Screaming Lord Sutch was later added to the bill, as was the Toronto area band FLAPPING. Prior to the addition of FLAPPING, the only local band on the bill was Whiskey Howl. The appearance of John Lennon, Yoko Ono and The Plastic Ono Band was not publicly known in advance.

There have been several great concerts:
But the absolute best one was Bruce Springsteen @ Giants stadium in summer of 2003.
You must log in or register to reply here.
Top Bottom