When will Kamala Harris and Joe Biden condemn the scourge of Leftist Antifa violence? 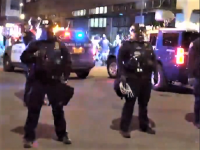 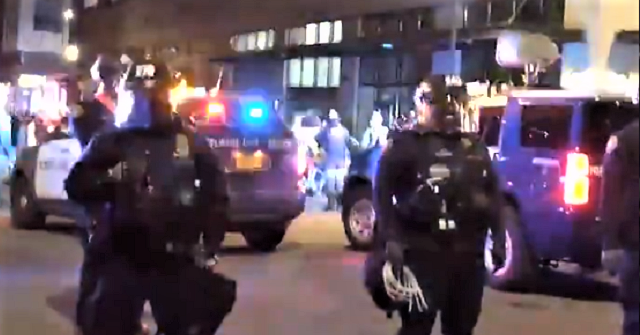 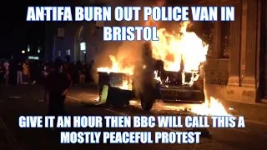 What? The police finally did their job and arrested some of those communist Soros Antifa thugs? They were probably never charged for anything and set free once again anyway or at least that is what usually happens with those Antifa buffoons. I say that they were probably back at it on the streets in an hour or two later. Hey, we never know, eh?
Reactions: Dixie Cup
T

It's always peaceful and quiet when the wonderful and loving Antifa or BLM communists commit acts of tyranny and violence. It's the conservative Trump supporters who are the real terrorists and violent people here who like to loot and riot and burn down buildings, and who also go by what the fake and lying media like to call them, "white supremacists".

It was good to hear that CNN has lost 33% of it's viewers since Trump lost his job as President. I guess that it was Trump that help keep those 33% to continue to watch fake and lying CNN. One can only hope that they lose more. Let CNN go belly up. No big loss there.
Reactions: Dixie Cup and 55Mercury 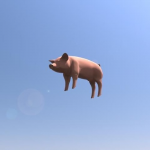 Funny how the BBC didn't devote this much attention to the anti-lockdown protests yesterday... 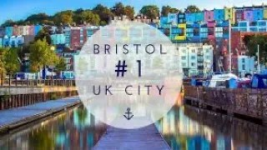 I Warned You About The Far Left...​

Corn Pop and the Ho' will never condemn it until they no longer have a need for them.
Reactions: Mowich, 55Mercury and Twin_Moose

taxme said:
What? The police finally did their job and arrested some of those communist Soros Antifa thugs? They were probably never charged for anything and set free once again anyway or at least that is what usually happens with those Antifa buffoons. I say that they were probably back at it on the streets in an hour or two later. Hey, we never know, eh?
Click to expand...

They were probably let back out within an hour to catch up to their crews
Reactions: Dixie Cup, Mowich and taxme
T

Blackleaf said:
Funny how the BBC didn't devote this much attention to the anti-lockdown protests yesterday...

Police do not work for the people anymore. They work for our dear comrade leader politicians only whom are now using the KGB police to quell peaceful demonstrations all over the world. All of our politicians needs to be arrested and charged with crimes against their citizens and crimes against humanity. They do not believe that their citizen's have rights and freedoms anymore. They want tyranny and control over we the people. The people appear to have had enough of this globalist communism going on all over the world. It needs to end now so we can all get our old normal freedom loving days back. Works for me.
Reactions: Dixie Cup, Blackleaf and Twin_Moose

Sad and to think Britain once was .
Reactions: Dixie Cup and Twin_Moose 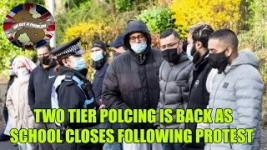 If this was a group of Christians the police wouldn't tolerate it...

If this was a group of Christians the police wouldn't tolerate it...

We all get the government that we vote for and did we ever get the government that some of us did not vote for. Politicians create the problems and we the people have lost control of these political misfits. The majority of politicians today must really hate our freedom loving guts, eh? In Canada, we have dictator politicians and those so called health ministers and health experts who keep dictating to us as to when we can get all back to our old normal lives.

(1)Health officials are first in charge and whom are really running this country. They now control as to where we can go and what we can do.

(2)Then next come our politicians who come in second place. They use those health dictators to help them to create new mandates and restrictions on our liberties and freedoms.

(3)Then we have the leftist liberal Pravda Canadian media which pushes all the lying and fake propaganda as ordered by those so called health experts?? and their boss politicians and we the sheeple must comply to their every demand. How dare anyone question or challenge our political authority. The nerve of these people. Just do as you are ordered to do and shut the hell up.

(4)Then there is we the people. Who? What we the people? Who the phuk are these nobody people anyway? Let them eat cake. The people work for us and not vice-versa.

Until we the people take back control of these way out of line politicians we will always get the government we do not deserve. When Antifa or BLM commit riots and violence they get a slap on the wrist and get a free pass out of jail. But when there are people who are willing to stand up for freedom and justice they get attacked by the police and get arrested or fined. It really is starting to look like Canada is fast becoming a police state. The police will not even obey the Charter of Rights and Freedoms anymore of we the people. By the police violating the COR of we the people they are actually breaking the law and they need to be arrested themselves. The police work for politicians and not for we the people. Something has gone wrong with this picture. Just saying.
Reactions: Dixie Cup, Twin_Moose and taxslave

Proper punishment would be to do the same to him.
Reactions: petros and Twin_Moose

Gasp! Sideshow Bob!
You must log in or register to reply here.
Top Bottom