WE really need to get rid of this guy

JLM said:
You really are a piece of work, aren't you? WHERE AND WHEN did I say I support child rapists. You even suggested Biden is a child rapist! IDIOT!
Click to expand...

There seems to be a lot of evidence that Biden has a taste for young girls.
Reactions: Twin_Moose and B00Mer

JLM said:
You really are a piece of work, aren't you? WHERE AND WHEN did I say I support child rapists. You even suggested Biden is a child rapist! IDIOT!
Click to expand...

No, I said Biden is a Kiddy Groper..

" You are the company you keep " Just Say'in

" You are the company you keep " Just Say'in
Click to expand...

You really are a f**king idiot!

taxslave said:
There seems to be a lot of evidence that Biden has a taste for young girls.
Click to expand...

Possibly, but maybe not in a sexual way. Of course there's a chance I could be wrong, but I'd need PROOF. Boomer just has a bee in his bonnet.

JLM said:
Possibly, but maybe not in a sexual way. Of course there's a chance I could be wrong, but I'd need PROOF. Boomer just has a bee in his bonnet.
Click to expand...

https://news.yahoo.com/seven-women-...iden-of-inappropriate-touching-131204785.html
A total of seven women have come forward with accusations of inappropriate behavior, with three of them speaking out after former Vice President Joe Biden responded to the previous allegations in a video posted to Twitter Wednesday.. Sitting cross-legged in a leather seat, Biden didn't offer an apology but addressed the "gestures of support and encouragement that I've made to women and ...

https://summit.news/2020/09/14/c-sp...gged-as-child-sexual-exploitation-by-twitter/
C-Span footage of Joe Biden which accusers say shows him inappropriately touching young girls was flagged and removed by Twitter for violating its 'Child Sexual Exploitation Policy'. The issue arose after Texan progressive activist Johnny Graz argued that Biden should be investigated for sexual assault.

https://pjmedia.com/news-and-politi...reepy-statement-to-a-ten-year-old-girl-n66125
Two months ago, when a series of allegations of inappropriate touching threatened to end Biden's 2020 campaign before it even started, Biden released a video in which he promised to "be more ...

Joe's apology for getting to close to girls

" You are the company you keep " Just Say'in
Click to expand...

"Just say' in" is how nasty unfounded rumours get started! 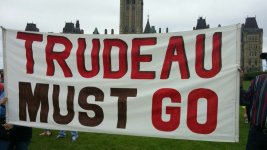 Reactions: 55Mercury and Twin_Moose
B

taxslave said:
There seems to be a lot of evidence that Biden has a taste for young girls.
Click to expand...

Jill is older than she looks.
Reactions: Twin_Moose and taxslave

Well...as long as he doesn't call her "mom" after sex, it's probably OK...
Reactions: Twin_Moose and JLM

bob the dog said:
Jill is older than she looks.
Click to expand... 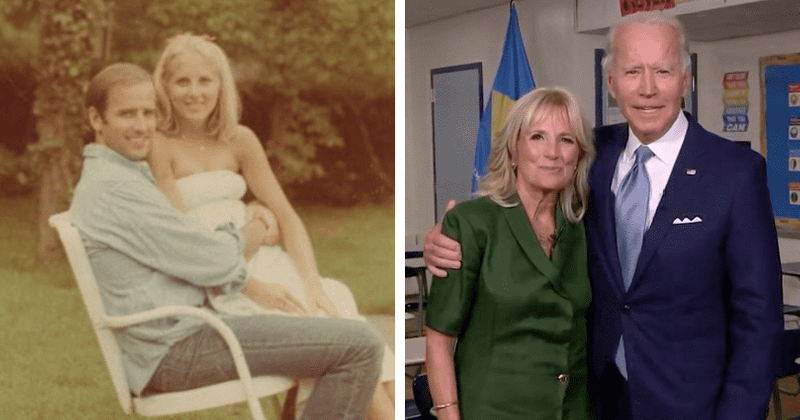 Not bad looking for 69!
Reactions: taxslave 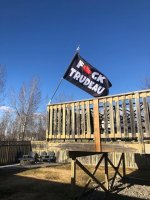 Americans opening their eyes to the WE organization​

SAN FRANCISCO (KGO) -- A well-known international nonprofit that's promoted service work to more than 400,000 California students and has been highly endorsed by Gov. Gavin Newsom is being investigated in Canada.

A Parliamentary committee investigating WE Charity held a hearing Thursday about the nonprofit's business dealings. The charity became scrutinized after receiving a $900 million COVID contract in June to oversee a student service grant in Canada intended to help students with volunteering.

"We all stopped and said wait... what?" said Charlie Angus, a Canadian member of Parliament, who sits on a committee investigating WE Charity for the past eight months.

What is WE Charity?​

WE Charity, formerly known as Free the Children, was founded in Canada in 1995 by two brothers, Craig and Marc Kielburger. It started as a club to ban child labor but transformed into one of the world's largest international nonprofits aimed to empower youth around the world.

"We want you to be empowered with whatever causes or issues you care about," the brothers said at a 2015 fundraiser in California.


More than 100 big corporations around the world have donated millions of dollars to the organization including, Google, Microsoft, Allstate, and Disney -- the parent company of ABC7.

WE Charity in California​

WE Charity officially launched in California in 2014. Gavin Newsom, who was lieutenant governor at the time, tweeted on March 26 of that year to welcome the charity's first statewide fundraiser "WE Day California" hosted inside the Oakland arena.

16,000 students from hundreds of schools across the state packed inside to watch celebrities like Selena Gomez, Orlando Bloom, and Seth Rogan perform sharing inspirational messages.

"You are changing the world," said Gomez to a crowd. "That's amazing."

In order to attend, students needed to do local and global acts of service. A common one was raising money to build schools for underprivileged kids in Kenya and Ecuador.

"These people want to make a change in this world," a young attendee told ABC7. "It's amazing."

The charity kept that amazing reputation up until June of last year.

How the scandal started​

The ABC7 I-Team spoke with Charlie Angus and Pierre Poilievre, both federal members of Parliament. They each represent two of Canada's four political parties.

"It all started with the COVID contract," Poilievre said. "It raised some eyebrows."

Poilievre is referring to the $900 million COVID contract WE Charity received to oversee a student service grant in Canada to help students with volunteering.

"The revelations just keep getting worse and worse," said Poilievre.

"What's really shocking about WE Charity is they seem to have an incredible capacity to deeply embed themselves with key political figures," Poilievre said.

Newsom, who was Lt. Gov. at the time, became co-chair of WE Day California with his wife, Jennifer, from 2014 to 2016. Newsom even sent a letter to former California State Superintendent Tom Torlakson encouraging all school districts and administrators to attend the inaugural year.

"No one is given a ticket here, you have to earn the right to get here," said Newsom at the charity's fundraiser in 2015.

The Newsoms spoke at WE Day California in 2015 along with San Jose Mayor Sam Liccardo.

Liccardo's office told ABC7 they have no record of any payment received from WE Charity for that speech given in 2015.

According to state public finance records, a couple of weeks before Newsom spoke at WE Day 2015, records indicate Newsom made a behested payment - which according to the Fair Political Practices Commission means he requested Comcast to make a donation to the nonprofit for $242,500.

Records show the following year another organization founded by the Kielburger brothers sent the Newsoms baby gifts worth $110.

The ABC7 I-Team reached out to the Governor's office for further comment but has yet to hear back.

"Certainly there's been a huge shift for WE USA," Angus told ABC7. "California is a big, big market in terms of the superstar status of people that get involved in WE Days and the donors. There's a lot of donor money."

$490 million has been raised for WE Charity across the U.S. since 2011, according to the charity's tax forms filed with the Internal Revenue Service.

So - where is it all going?

"We're all told this is to do with helping the children," Angus said. "But, actually tracking and figuring this out has pretty much stumped a parliamentary committee."

WE Charity claims on its website 90% of donations from the U.S. and Canada 'support programming' while only 10% goes towards 'administrative costs.'

"I'd like to commit to 100 schools around the world. 100 schools," Oprah Winfrey said in an interview with the Kielburger brothers.

Since the brothers appeared on Oprah in 2000, WE Charity claims 1,500 schools and school rooms have been built across the world with funds. But, the nonprofit has been unable to provide a list of each location to the Parliamentary committee.


"Can't tell us where those schools are, who the students are, who the teachers are," said Poilievre. "How can we even prove they exist?"

Much more in the link
You must log in or register to reply here.
Top Bottom