The Worst PM Ever. Period!

For the past four years, I’ve had a front row seat to witness the effects of Justin Trudeau’s arrogance and failed policy both inside and outside the House of Commons.

It was shortly after his election in 2015, when Trudeau stormed across the House of Commons in a fit of rage and elbowed one of my female colleagues in the chest because he didn’t get his way. Unbeknownst to all of us at the time, this incident would set a disturbing tone of Prime Ministerial strong-arming for the next four years.

Canadians have witnessed Trudeau make history by becoming the first Prime Minister to be found guilty of breaking conflict of interest rules. We have seen him fire his female Attorney General for not kowtowing to his blatant interference in a criminal prosecution. Trudeau attacked small business owners as “tax cheats”, male construction workers as “threats to rural communities” and even had the audacity to call the Official Opposition “ambulance chasers” for seeking truth on the transfer status of a convicted child murderer. (Personally I'd rather be an ambulance chaser than some loser that molly coddles child killers).

When one of Trudeau’s female members of parliament tried to inform him of her intentions to not seek re-election, he became hostile, screaming at her so loudly that her husband could hear through the phone. During question period, rather than answering legitimate questions on the Liberal policies adversely affecting the lives of Canadian families, farmers and businesses, Conservatives received nothing but name calling, rehearsed talking points and non-answers from Trudeau.

When the Kokanee grope story came to light, Trudeau denied and dismissed it. Rather than holding himself to the high standard of accountability he set for everyone else, he merely suggested that “men and women experience things differently”; hardly a feminist response.

Justin Trudeau clearly has no problem using his power against women who stand up to him. He can’t, however, bring himself to be tough on China, a country who has arbitrarily detained two Canadians for purely political purposes since December, and have closed their doors to our meat and canola exports. In yet another act of weakness, Justin Trudeau capitulated to President Trump during NAFTA negotiations, selling out our steel and aluminum workers and dairy farmers.

For these reasons, amongst others, I believe that not only is Justin Trudeau the worst Prime Minister in Canadian history, he is a fake feminist, and clearly not as advertised.

Op-Ed: Trudeau IS the worst

For the past four years, I’ve had a front row seat to witness the effects of Justin Trudeau’s arrogance and failed policy both inside and outside the House of… 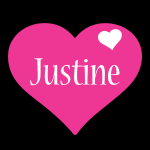 He's good for a laugh. And nobody's stormed Parliament.

Yet.
Reactions: taxslave and B00Mer 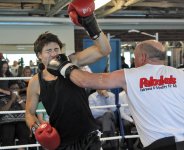 My favorite photo
Reactions: Decapoda, Danbones, TheShadow and 3 others

That's already been done before!
Reactions: Danbones, Twin_Moose, taxslave and 2 others

Seriously, THANK YOU for NOT putting it in "Hump Day Hottie!"
Reactions: petros and B00Mer

Do you think the fix was in for the Tudeau/ Brazeau boxing match?
Reactions: Danbones and Twin_Moose

DaSleeper said:
Do you think the fix was in for the Tudeau/ Brazeau boxing match?
Click to expand...

How hard is it to beat up a crackhead native?
Reactions: Twin_Moose

petros said:
How hard is it to beat up a crackhead native?
Click to expand...

Us crackhead Natives can be pretty badass.

Well there was one guy a few years back tried, even got a few shots off but the Sgt@Arms did his job.
Reactions: Danbones, Colpy and Twin_Moose

taxslave said:
Well there was one guy a few years back tried, even got a few shots off but the Sgt@Arms did his job.
Click to expand...

Canada is so cool!

Tecumsehsbones said:
Wow. . . cops who do their jobs.

No, the cops didn't do their job. Well 1 unarmed show guard tried but it was the Sgt@ Arms in the legislature that shot the bastard.
Reactions: Danbones and Twin_Moose

taxslave said:
No, the cops didn't do their job. Well 1 unarmed show guard tried but it was the Sgt@ Arms in the legislature that shot the bastard.
Click to expand...

Yeah, but he was a career Mountie before he became Sergeant-at-Arms.
Reactions: Colpy and taxslave

Tecumsehsbones said:
Us crackhead Natives can be pretty badass.

But we all agree that he has the budget balancing itself right?
Reactions: Colpy, Danbones and Twin_Moose
B

Saw this on the internet.

On December 31, Twitter users in Barbados began speculating that Prime Minister Justin Trudeau was vacationing on the island, following the New Year’s Eve arrival of a Bombardier Challenger at Grantley Adams International Airport – similar to the model used by the Royal Canadian Air Force (RCAF) VIP fleet to transport the PM and other official dignitaries on official government business.

Ann-Clara Vaillancourt, a spokeswoman for the Prime Minister’s Office, told the Associated Free Press (AFP): “The Prime Minister has not travelled, he spent the holiday period with his family at home.” Vaillancourt did not specify whether the family was at the official residence at Rideau Cottage in the capital Ottawa, or the country residence of the prime minister, Harrington Lake.
Reactions: IdRatherBeSkiing and Twin_Moose

Take your vaccines you crazy fucks.

Take your vaccines you crazy fucks.
Click to expand...

The same boring old tired Establishment voice that people around the Western world are tiring of in their droves.
Reactions: taxslave, Twin_Moose and Danbones

Blackleaf said:
The same boring old tired Establishment voice that people around the Western world are tiring of in their droves.
Click to expand...

If you're so tired of living in the freest, richest, most peaceful society in human history, why don't you move to Russia, China, or Somalia?

Actually, he kinda did when he threw his little temper tantrum that resulted in his elbowing a female MP in the boobs. Ever since then he's proven himself to be a little bitch whenever he doesn't get what he wants. He's a typical, spoiled trust fund brat.
Reactions: taxslave, Dixie Cup, Decapoda and 3 others
You must log in or register to reply here.
Top Bottom