Nestled within a row of vacant storefronts, the Hive Climbing and Fitness club anchors a recently developed complex in Port Coquitlam.

It's meant to be a cornerstone store inside a growing retail and residential community, and owner Andrew Coffey says he's in it for the long haul.

He just hoped that there would have been more businesses settling in once he opened his doors.

"We sort of expected there might be a little more movement," he said, standing in front of one of the many towering walls inside the large commercial space. "I think the pandemic slowed a lot of that growth. No one is super excited to jump into things.

"The Hive is one of the newest businesses inside Fremont Village, a large retail and residential development by Onni. But finding commercial tenants to support the southern portion of its complex has been a challenge, with many units still empty after a number of years.

The struggles have pushed the developer to apply to have the area rezoned to allow for smaller retail outlets, but for now, realtors say it's still a challenge for businesses to break even in the growing residential area.

At the end of last year, two restaurants in the northern portion of the complex — chains Harveys and Swiss Chalet — shuttered their doors. The developer is now on the hunt for additional tenants in that space, which is anchored by a Walmart that opened there more than 10 years ago in 2011.

A bell went off when they said by Walmart in Poco.

I just had to check my hunch. I have goosebumps.

I wouldn't rent there either. 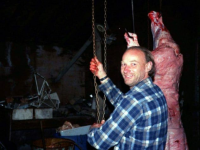 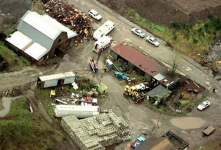 Good thing that picton fella doesn't own a drug company or have an elected position in government or something...
Reactions: Twin_Moose

Your PM has been to Piggy's Palace Good Times Society for raves.
Reactions: Twin_Moose and taxslave

The location kind of sucks since it is so hard getting on and off the highway.
Reactions: Twin_Moose

reminds me of malton.

taxslave said:
The location kind of sucks since it is so hard getting on and off the highway.
Click to expand...

Not at all. They have a left turning lane and light off Lougheed and a merge going the other way on to Lougheed. Mary Hill is right there too. Anyone with a clue knows it was the pig farm.
You must log in or register to reply here.
Top Bottom