The parents of missing Madeleine McCann believe there would have been a greater chance of finding her if a missing child alert system had been used.

Kate and Gerry McCann want the European Parliament to improve inter-country co-ordination for the existing system.

'Time is the enemy'
Mrs McCann described the system as a voluntary partnership between law enforcement agencies and media and transport companies.
An alert is published immediately when a child is abducted.
"The concept is quite simple in that time is the enemy in the case of a missing child and the goal is to instantly galvanise the entire community to assist in the search for and safe recovery of that child," she said.

Mr McCann added: "We have clearly stated that the alert should be used for the most dangerous cases, and there is no doubt that a very young child who has gone missing late at night, from an apartment, and particularly in a foreign country, would meet the criteria."

MHz said:
Once you take Richard Hall's investigation into account and some recent news about the movements of the 'Podesta' brothers it would be quite probable that Madeline died at the same house that became their sanctuary in the days after her disappearance. Dogs have confirmed that a body was in the trunk of a vehicle so the odds of her ever coming back are nil. If she did she would be the product of what Orgy Island could muster in just a decade.
Anybody here think she would ever be a happy member of society again?
Click to expand...

My mother believes in the conspiracy theory that her parents are behind her disappearance and that they are part of a secretive paedophile organisation.

The only thing secretive about it is that it never gets talked about. The is not an RCC Pedo Ring and a British Monarch Pedo Ring and an American Political Pedo Ring and a Mossad Entrapment Pedo Ring all operating independently of each other. They have 1 member that knows a lot more than any other single member and that is Mossad when working for the Rothschild Jews exclusively. 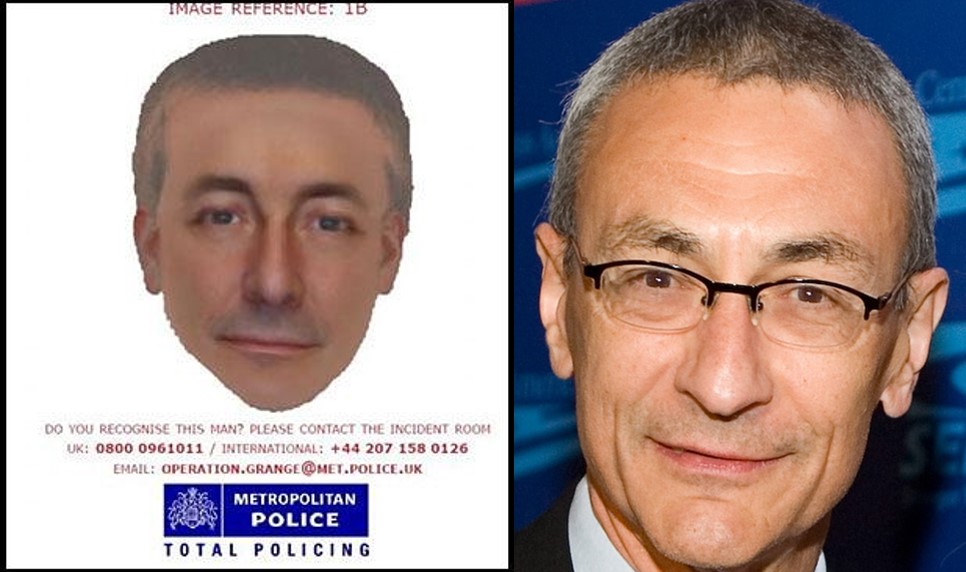 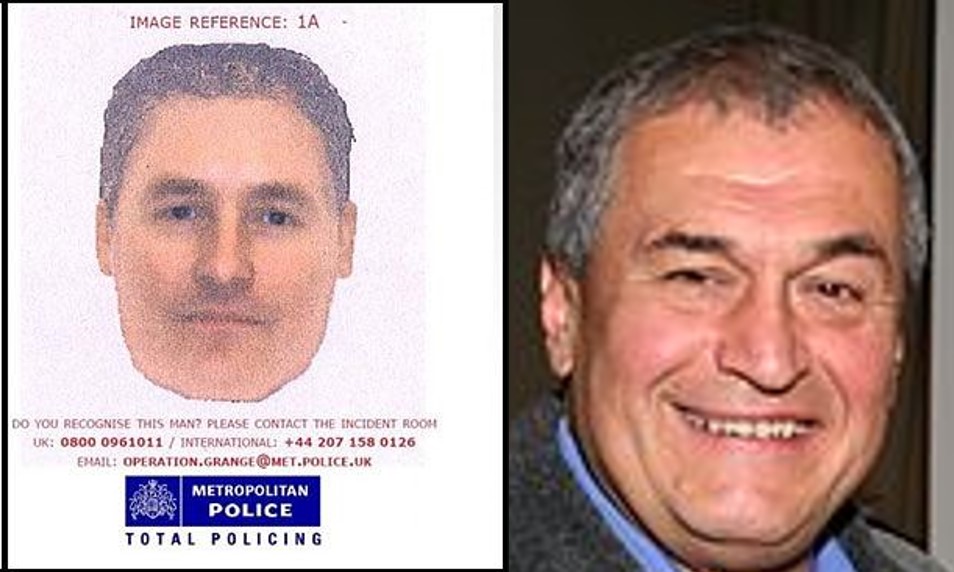 I think it would also be pretty easy to determine which one is the more powerful, the RCC or the Bankers. Hint, the Monks rode around the world on boats filled with soldiers that belonged to the Merchants of the World.
C

Can you say: Paranoid Schizophrenia?

damngrumpy said:
That big a secret could never be concealed when two people know a secret at that level
its not a secret anymore unless one of them is dead
Click to expand...

[Shhhhh! You and I both know and I don't want to have to kill you!]

How many people are dead already and don't even know it?

MHz said:
How many people are dead already and don't even know it?
Click to expand...

Can you be dead and know you're dead?

Was German child killer behind Maddie McCann disappearance?
Brad Hunter
Published:
May 6, 2019
Updated:
May 6, 2019 4:17 PM EDT
Maddie McCann was just 4 when she disappeared. METROPOLITAN POLICE
The mysterious disappearance of British tot Madeleine McCann has taken a new twist and cops say they now have a viable suspect.
The four-year-old disappeared from the Portuguese holiday villa she was staying at with her parents and siblings in May 2007.
Since her disappearance, there has been widespread speculation about her fate.
Last week, Portuguese detectives said that investigators were looking at a “German pedophile who is in prison.”
British tabloids named that man as serial killer Martin Ney, 48. He was jailed for life in 2012 for the murders of three children and is suspected of at least two more.
Story continues below
This advertisement has not loaded yet,
but your article continues below.
German child killer Martin Ney has been named as a suspect in the Maddie McCann case. GERMAN POLICE
This police composite bears a chilling resemblance to German child killer Martin Ney, above. HANDOUT
But Portuguese newspaper Correio da Manha reported Ney is not the suspect.
“A German pedophile, serving life for the murder of three children and the sexual abuse of dozens more youngsters, was named by the British press as a Madeleine McCann suspect,” the newspaper said.
“However this is not the new suspect that the Policia Judiciaria in Porto is investigating.”
The Daily Mirror said that one of the resort’s employees saw Ney in the area at the time of the little British girl’s disappearance.
Ney was allegedly staring “intently” at the woman and her friends.
“I have a very good memory for faces,” the woman told the newspaper. “I remember him looking at us intently.”
A photo of Ney in a newspaper triggered the woman’s memory.
At the time, Ney was doing charity work for an evangelical church.
Not only that, Ney is a dead ringer for the composite put out by police.
A recent documentary on the case that appeared on Netflix honed in on a sex monster who targeted British tourist apartments in the area.
The suspect allegedly wore a surgical mask and had a foreign accent.
Kate and Gerry McCann, whose daughter Madeleine disappeared in 2007. GETTY IMAGES
Scotland Yard has reportedly been in contact with their German counterparts gathering as much information as possible on Ney.
However, Ney’s victims were boys. He confessed to the three German slayings and also to sexually abusing 40 other children.
The McCanns’ spokesman Clarence Mitchell told The U.K. Sun: “We are simply not discussing operational details either in Great Britain or Portugal. That is a matter for the police.”
http://torontosun.com/news/world/was-german-child-killer-behind-maddie-mccann-disappearance
C

DaSleeper said:
Can you be dead and know you're dead?
Click to expand...

Why don't you give it a whirl and find out?

Maddie McCann's parents fearful kidnapper will go underground
Brad Hunter
Published:
May 8, 2019
Updated:
May 8, 2019 7:24 PM EDT
Kate and Gerry McCann, whose daughter Madeleine disappeared in 2007. GETTY IMAGES
The parents of Maddie McCann are fearful new police claims that detectives are zeroing in on a suspect might scare the monster into hiding.
The three-year-old British girl disappeared from a Portuguese holiday villa in 2007 and the mystery has vexed detectives in two countries.
But despite the passage of time, investigators appear no closer to a resolution.
Maddie’s great uncle, Brian Kennedy, told The U.K. Sun that recent revelations of possible suspects are “not very helpful.”
Maddie McCann was just 3 when she disappeared. METROPOLITAN POLICE
“If the police start broadcasting names of suspects it will only send them running,” Kennedy told the tabloid.
“That’s the thing… let people know there is a potential new lead and then let that person of interest get away. It’s very frustrating.”
Kennedy said that the family has not faltered in their belief the little girl is still alive and will eventually come home.
“We’re just very grateful that police are still searching. It gives us hope,” he said.
However, the family is reportedly upset that German serial child killer Martin Ney was named as a new “person of interest.”
This police composite bears a chilling resemblance to German child killer Martin Ney, below. HANDOUT
German child killer Martin Ney has been ruled out as a suspect in the Maddie McCann case. GERMAN POLICE
Ney, 48, was convicted of murdering three young German children and was a suspect in two other child murders in France and Holland.
But Ney does chillingly resemble a composite of a man spotted acting suspiciously outside the family’s holiday apartment.
Media reports in Portugal have torpedoed the theory that it was Ney who snatched Maddie.
According to press reports in the U.K., cops are looking at 13 different suspects for the crime.
Kennedy said the family still visits the villa in Praia da Luz but have reduced their visits in recent years.
http://torontosun.com/news/world/maddie-mccann-parents-fearful-kidnapper-will-go-underground

'WE MISS HER': McCann family facing painful 13th Christmas without Maddie
Postmedia News
Published:
December 12, 2019
Updated:
December 12, 2019 1:14 PM EST
What Madeleine McCann may look like now. (Facebook photo)
More than 12 years after she mysteriously vanished, Madeleine McCann is missed more than ever by her parents and siblings.
Facing another painful Christmas — the 13th since the three-year-old vanished from a Portugal apartment in May 2007 — without the wee girl has again opened up the wounds for Gerry and Kate McCann.
The British couple, both of whom are doctors, posted their “reasons we miss Madeleine” on the official Find Madeleine Campaign page on Facebook this week as they continue to press for answers over her disappearance.
“Holding her, hugging her, kissing the top of her head,” the McCann’s heartbreaking post says. “Lying next to her. Our complete family of five. Everything. We miss her. Please help us get her home.”
A poster placed on a van shows the picture of three-year old British girl Madeleine McCann outside the Ocean club apartment hotel in Praia de Luz 05 May 2007. (VASCO CELIO/AFP/Getty Images)
The family has continued the search for the girl, who would now be 16, in the hopes she is still alive.
Story continues below
“Never lose hope” says a Facebook post from November. In October, the parents posted they would keep looking “for as long as it takes.”
No trace of Madeleine has been found in the dozen years since she disappeared from an apartment in Praia da Luz, Portugal, while her parents were eating at a nearby restaurant with friends.
British police have spent more than $20 million trying to find Madeleine, according to the Daily Mail, and haven’t discovered any new clues that may lead them to her. A documentary about the missing girl called The Disappearance of Madeleine McCann has been released on Netflix but hasn’t helped the investigation.

Her parents gave her to a paedophile ring. 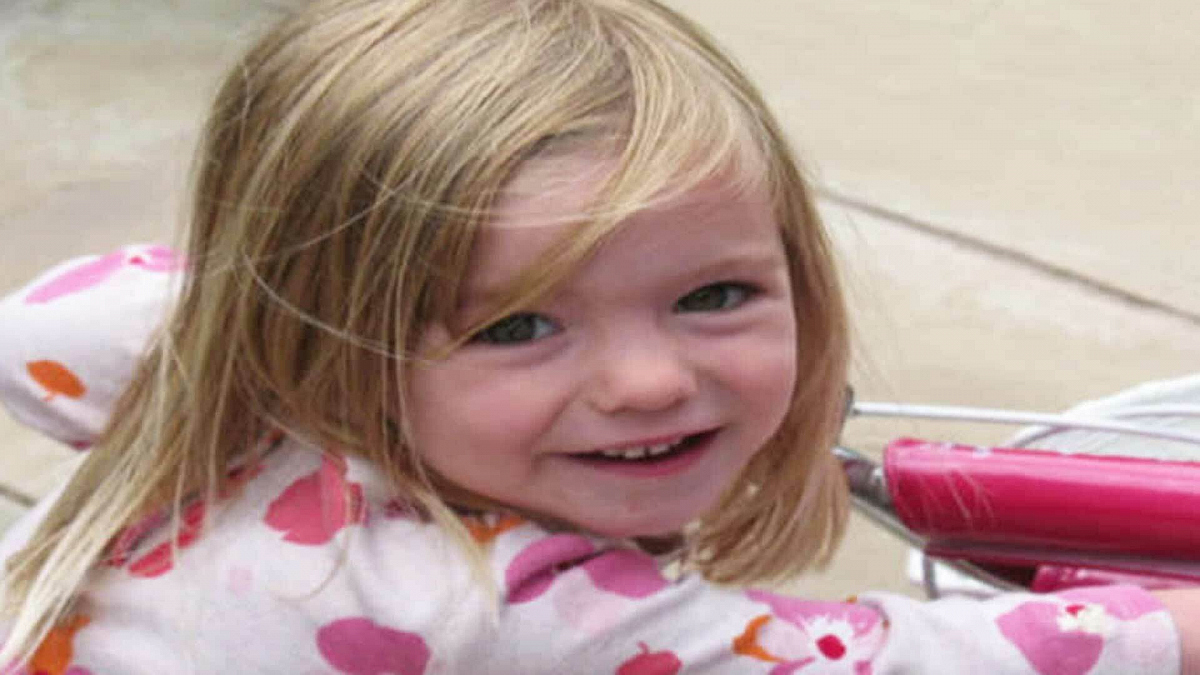 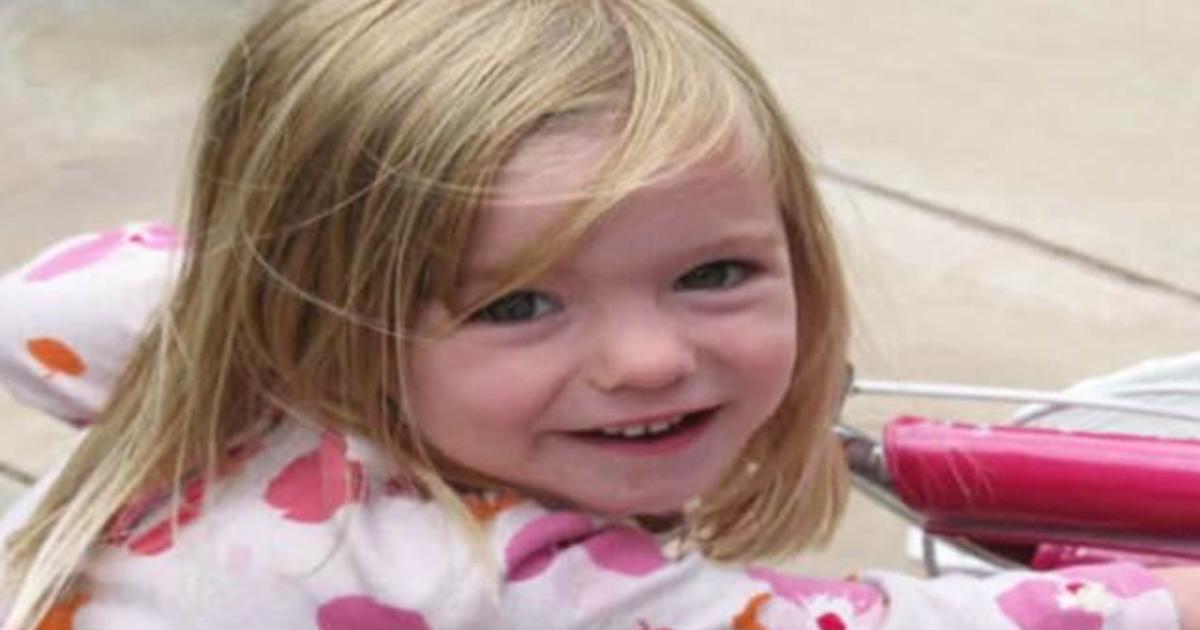 Thirteen years after a child is abducted, investigators have a credible suspect. Is the puzzle of what happened to her complete? "48 Hours" correspondent Peter Van Sant investigates.
cbsnews.com

Thirteen years after a child is abducted, investigators have a credible suspect. Is the puzzle of what happened to her complete? "48 Hours" correspondent Peter Van Sant investigates.
cbsnews.com
Click to expand...

I think it's that German guy.

Many people, including my parents, have been saying it's the McCanns that are responsible, that they sold Madeline to a child paedophile ring. But it does look increasingly likely that she was snatched by that German suspect.

Blackleaf said:
I think it's that German guy.

Many people, including my parents, have been saying it's the McCanns that are responsible, that they sold Madeline to a child paedophile ring. But it does look increasingly likely that she was snatched by that German suspect.
Click to expand...

I agree! Those who even think or suggest the parents sold her are beyond ridiculous.
Reactions: Blackleaf

JLM said:
I agree! Those who even think or suggest the parents sold her are beyond ridiculous.
Click to expand...

There has never been more slaves.
Reactions: B00Mer and taxslave
You must log in or register to reply here.
Top Bottom