Then they'll move to boats and operate under maritime law. 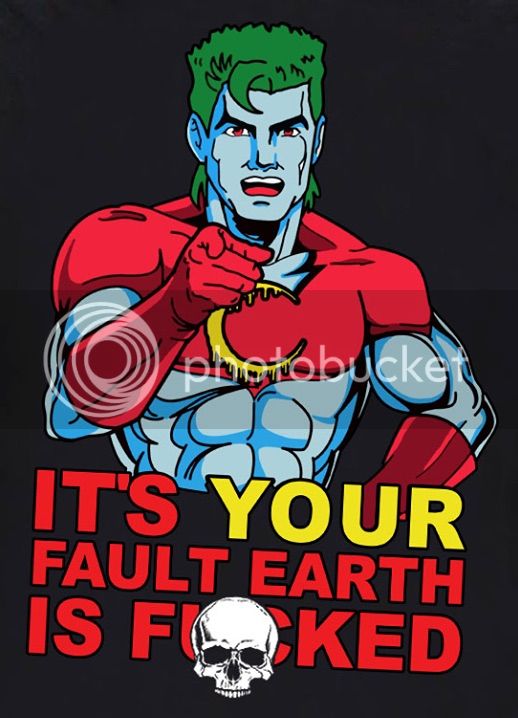 It's not f-cked. It's just your quantum manifestation from a f-cked up mind.

You observe it as f-cked therefore you f-cked the earth.

Liberals... they're always doing this stuff.

Ronan Farrow had already left NBC News. But a top lawyer at the network threatened to smear him if he continued to pursue the Hollywood mogul

I knew the Liberals wouldn't stand for this... MeToo be damned.

These progs are so predictable, do as I say not as I do.

They got Moonves from CBS! Alt-Left Liberal media is getting filleted!

Harvey Weinstein allegedly forced 16-year-old model to massage his penis in 2002
WENN - World Entertainment News Network
Published:
October 31, 2018
Updated:
October 31, 2018 10:26 PM EDT
In this June 5, 2018 file photo, Harvey Weinstein appears in court in New York. Steven Hirsch / AP
Disgraced producer Harvey Weinstein’s attorney has denied new reports suggesting his client allegedly forced a 16-year-old actress to grope him in exchange for a movie role.
The unnamed woman claims she met Weinstein in 2002, when she was a teen model.
He allegedly took her back to his SoHo apartment and told her he’d make her a star like Gwyneth Paltrow and Penelope Cruz if she pleasured him, before pulling down his pants and forcing her to massage his penis.
Weinstein rape accuser told by detective to delete info from phone: Prosecutors
Prosecutor drops part of sex assault case against Harvey Weinstein
A year after Weinstein, has Hollywood’s culture of inequality changed?
The then-teen fled the apartment but still landed a role as an extra in 2004’s Nanny Diaries.
She claims she kept in touch with Weinstein and agreed to meet him in his office in 2008, when he again took out his penis.
After she made it clear she was not interested in pleasuring Weinstein, he reportedly told her she would never get work in Hollywood.
The Jane Doe has joined a class-action suit filed against Weinstein in December for an alleged conspiracy to cover up his numerous acts of sexual misconduct, according to TMZ.
But Weinstein’s attorney, Ben Brafman, tells the outlet, “This claim is preposterous. Like so many other women in this case who have already been exposed as liars, this latest completely uncorroborated allegation that is almost 20 years old will also be shown to be patently false.”
The movie mogul remains under investigation following a series of sexual assault claims in London, New York and Los Angeles.
His fall from grace as the boss of The Weinstein Company was swift after he was exposed as an alleged sexual predator in a New York Times article published in October 2017.
http://torontosun.com/entertainment...6-year-old-model-to-massage-his-penis-in-2002
C

It should be assumed by the mob outside that it was the same with all the 'young ladies' that worked for him.
Harvey Weinstein - The King of Hollywood

Harvey Weinstein documentary to premiere at Sundance
WENN - World Entertainment News Network
Published:
November 28, 2018
Updated:
November 28, 2018 9:44 PM EST
In this Oct. 11, 2018 file photo, Harvey Weinstein enters State Supreme Court in New York. Mark Lennihan / AP
Harvey Weinstein is returning to the Sundance Film Festival as the subject of a new documentary chronicling the disgraced movie mogul’s rise and dramatic fall.
Untouchable, directed by Ursula MacFarlane, will premiere at the 2019 event in Utah, where Weinstein had been a regular until he was accused of sexual harassment and/or assault by more than 60 women following an initial expose in The New York Times in October 2017.
A number of the alleged incidents, including one claim of rape from actress Rose McGowan, are said to have taken place while he was in Park City attending the Sundance festivities.
Rose McGowan: Harvey Weinstein was protected by Democratic Party officials
Prosecutors double down on Harvey Weinstein charges
Paz De La Huerta suing Harvey Weinstein for sexual assault
Weinstein allegedly forced 16-year-old model to massage his penis
Weinstein has vehemently denied all accusations of non-consensual sex, but he is currently facing criminal charges relating to allegations of bad behaviour in New York and Los Angeles.
Meanwhile, the line-up for the upcoming Sundance Film Festival will also feature the premieres of Chiwetel Ejiofor’s directorial debut The Boy Who Harnessed The Wind, Mindy Kaling’s Late Night, and new documentaries about music icon Miles Davis and legendary novellist Toni Morrison.
The 2019 Sundance Film Festival takes place from January 24 to February 3.
http://torontosun.com/entertainment/movies/harvey-weinstein-documentary-to-premiere-at-sundance

Prosecutors seek to increase Harvey Weinstein's bail, citing violations
Reuters
Published:
December 6, 2019
Updated:
December 6, 2019 12:00 PM EST
Harvey Weinstein leaves New York City Criminal Court after a bail hearing on December 6, 2019 in New York City. (Scott Heins/Getty Images)
NEW YORK — Hollywood producer Harvey Weinstein has at times failed to wear a required electronic tracking device, New York prosecutors said Friday, asking a judge to increase his bail to $5 million, from $1 million, as he awaits trial on sexual assault charges.
Assistant District Attorney Joan Illuzzi made the request at a hearing before Justice James Burke in Manhattan state court. She said Weinstein had failed to wear an electronic transmitter that works in tandem with his ankle bracelet on “numerous” occasions.
“It is the people’s position that none of those ‘bracelet gone’ violations were accidental,” she said.
Weinstein’s lawyer, Donna Rotunno, said the violations were a “technical” problem and that her client had never tried to flee, arguing that there was no need to increase his bail. She noted that he had always appeared on time for every court date.
Burke did not make a decision, but scheduled another hearing on the issue for next Wednesday.
Story continues below
Weinstein, 67, has pleaded not guilty to charges that he sexually assaulted two women, one in 2006 and another in 2013. His trial is scheduled to begin on Jan. 6, 2020.
Weinstein has been accused of sexual misconduct dating back decades by more than 70 women. He has denied the allegations, saying any sexual encounters were consensual.
The accusations against Weinstein helped spark the #MeToo movement in late 2017, in which hundreds of women have claimed sexual misconduct by powerful men in entertainment, business, media, politics and other fields.
In addition to the two main accusers in the case, prosecutors have said they intend to call other women to testify at trial in order to establish a pattern of behavior.
Weinstein has sought to block some of that testimony. Burke has not ruled on the issue.
Weinstein could face a life sentence if found guilty. Burke last week denied Weinstein’s bid to dismiss some of the charges.
http://torontosun.com/news/crime/pr...ease-harvey-weinsteins-bail-citing-violations
C

He went out for Pizza!

Nudge, nudge
You must log in or register to reply here.
Top Bottom