I'll be marching in front of the local RC church today.

Whistle a couple verses of "The Protestant Boys" for me, wooodya?

The Orange Lodge was just around the corner from our old homestead, and us kiddies used to turn out to watch the parade.

The fife and drums were good; some of the marchers could really play.

But even at a very young age, most of us viewed as pathetic, the once a year, yellowed white shirts, tattered banners,
and trousers up around the ankles. And the wrinkled, yellowed dresses of the ladies.


There was a Catholic family lived on the street bypassed by the parade, and the sire turned out as King Billy rode by on his dapple grey:..........."Look at the pri ck on that horse", he'd yell. " I've never seen such a big fat one!!" LOOK AT THE SIZE OF THAT P RICK !!"

Later on, in the pubs, a donnybrook or two was sure to occur. Both Catholic and Protestant, in 1949 Eastern Ont., freshly returned from the war, could still, and did, kick some serious a ss.

But that was long ago. Memories have faded. People have come and gone. The membership in churches has fallen over the years, and the hate has, to a great extent, been extinguished.

Mea Culpa, I was looking at the wrong day on my calendar; tomorrow is Orange Day, but I'll still be marching today since it is marching season.

Walter said:
Mea Culpa, I was looking at the wrong day on my calendar; tomorrow is Orange Day, but I'll still be marching today since it is marching season.
Click to expand...


A crowd of one. Good on ya Walter.

The wrong side won the Battle of the Boyne.

Why do such a thing?

Corduroy said:
Why do such a thing?
Click to expand...

Corduroy said:
Why do such a thing?
Click to expand...

Ask the pope and the archbishop of Canterbury.

Yes the wrong side won the battle and the IRA lost its will to re-unite Erie
At some point the struggle will begin again but not for a long time.
It was a fine thing the old marches and busted heads kind of reminded you
of the old NHL season openers years ago.
Ah but rest assured, the boys in Scotland will be having a vote to return
Scotland to its rightful owners the Scots. I would hope the Highlanders
and from there Ireland can begin its quest to be free and united.

Nuggler said:
Ask the pope and the archbishop of Canterbury.

Intimidating Catholics with a martial parade? Why not just burn a cross on their lawn? It's the same level of threat.

The worshipers of the Prince of Peace sure love to battle it out and kill each other.

Corduroy said:
Intimidating Catholics with a martial parade? Why not just burn a cross on their lawn? It's the same level of threat.
Click to expand...

Yes of course. That's my point all along.

That, and we could hope the attendance in all churches falls to zero............soon, and all the religion based nonsense and animosity put to rest.

A lovely day for a march. Happy Orange Day.
C

I'm a Presbyterian and I sure as hell won't.

Here I thought this was another Trump self aggrandizing parade.

Cliffy said:
Here I thought this was another Trump self aggrandizing parade.
Click to expand...

Why, Walter! I had you pegged as a Roman Catholic priest!

Seriously? I love stupid crap like this. Especially when it all basically started as a result of, "The stupid shit you believe is even more stupid than the stupid shit we believe." :lol: 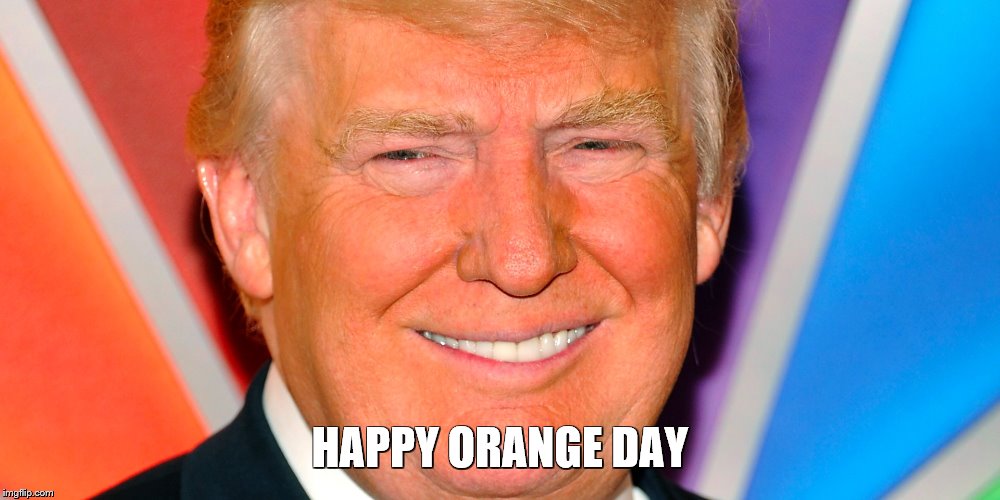 Curious Cdn said:
Why, Walter! I had you pegged as a Roman Catholic priest!
Click to expand...

For an admitted peedo ( you have turned down every chance to disavow pedophilia, and still support a bunch of the peedos we know of for sure because they have been convicted), you really are a caution doood.

Doesn't that scare off the children?

Oh Also, speaking of pedo convicts: your weener is showing.
Last edited: Jul 17, 2019
You must log in or register to reply here.
Top Bottom