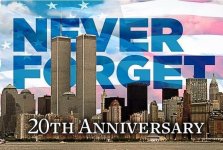 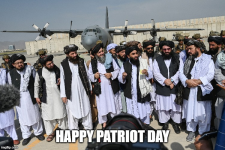 we live in a poor town that could use a blowing up.

Where are all the conspiracy theorists who at the time thought it was an inside job? 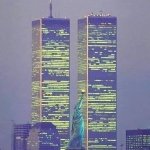 2 weeks ago Biden rewarded these Terrorists with 85 billion in military aid and pallets of cash flown into Afghanistan who did this..
Reactions: petros

I was 20 and I came home from town that afternoon (the attacks started around 2pm our time) and came into the house to see my brother surfing the web on the PC in the dining room (I didn't use the internet then and didn't really know what it was and just wasn't interested). Our parents and sister were out somewhere. I went into the living room, switched on the TV and there it was on every channel (Britain only had five TV channels back then) - planes had crashed into the World Trade Center etc. I couldn't believe what I was seeing. Every channel - BBC 1, BBC 2, ITV, Channel 4, Channel 5 - was showing live footage of smoke billowing from the Twin Towers. I then realised planes has flown into them. I shouted through to my brother and told him some planes had flown into the World Trade Center, expecting him to come and watch, but he didn't seem interested. He sort of just ignored me and carried on websurfing. I still don't know to this day whether or not he already knew about it after finding out online. So I just stood there in the living room watching in disbelief. Then I saw one of the towers collapse live on TV. Not long afterwards I saw, through the living room window, a car pull up on the driveway containing my parents and sister. I ran to the door and shouted: "Have you seen what's happening?!" My dad shouted: "Just let us get out of the car first!" Then I can't remember anything until that night when we were all watching a news special about it, and my mum turned to me and said something like: "When you shouted to us as we were getting out of the car we didn't realise just how serious it was!"

It's crazy to think it was 20 years ago - half my current lifespan. It only seems like a few weeks ago.
Reactions: Ron in Regina

It must be nice to walk around all day in pajamas.

Now they've just got to learn how to fly it and maybe refuel it on the way to a major Western landmark.

There are some flight simulator apps you can download on PlayStore.

Not long after the first plane hit, many people like "The Falling Man" in the Twin Towers chose to jump to their deaths rather than die slowly in the fire. 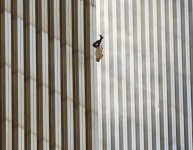 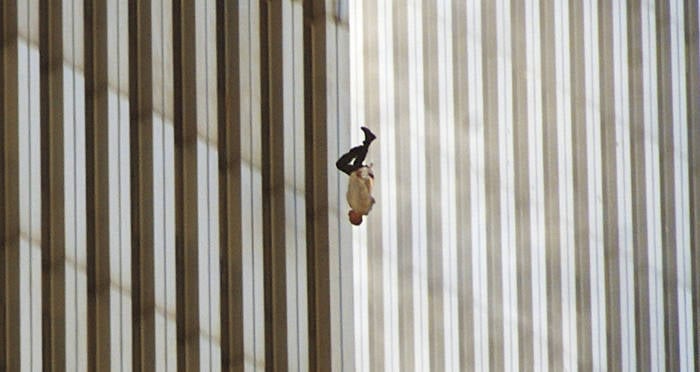 "I like to think of him as sort of the unknown soldier. Let him represent everyone that had that fate that day."

DaSleeper said:
Where are all the conspiracy theorists who at the time thought it was an inside job?
Click to expand...

trumpty dumpty orchestrated 911 so that he could one day become president.

B00Mer said:
Not long after the first plane hit, many people like "The Falling Man" in the Twin Towers chose to jump to their deaths rather than die slowly in the fire.

"I like to think of him as sort of the unknown soldier. Let him represent everyone that had that fate that day."

there was a documentary. i think it was called seeing 911. it dealt with people who allegedly saw 911 before it happened. i would have posted it but was unable to find it.

Was the movie called the 25th hour?

DaSleeper said:
Was the movie called the 25th hour?
Click to expand...

no. it wasnt a movie it was a documentary. i think it was called seeing 911. 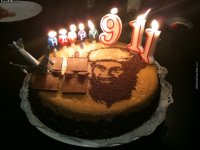 unrelated to above:
in a weird coincidence? an episode of lone gunman dealt with a similar storyline to 911. some think that it might have inspired the terrorists. 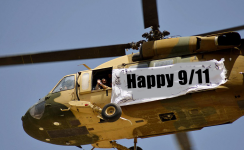 ....and thanks for the 85 Billion in Military Equipment Biden
You must log in or register to reply here.
Top Bottom