Cool hat badge. Never seen one that said that on it.

Procurement of the Lockheed F-35 Lightening for Canadas Armed Forces is a waste of time for Canada as we learned that manned aircraft have no future with the AVRO ARROW debacle. It just an appeasement to grovel at the feet of America.
Don't buy it.
................................
AI Slays Top F-16 Pilot In DARPA Dogfight Simulation
"It's a giant leap," said DARPA's Justin (call sign "Glock") Mock.
……………………………
WASHINGTON: In a 5 to 0 sweep, an AI ‘pilot’ developed by Heron Systems beat one of the Air Force’s top F-16 fighter pilots in DARPA’s simulated aerial dogfight contest today.
“It’s a giant leap,” said DARPA’s Justin (call sign “Glock”) Mock, who served as a commentator on the trials.
AI still has a long way to go before the Air Force pilots would be ready to hand over the stick to an artificial intelligence during combat, DARPA officials said during today’s live broadcast of the AlphaDogfight trials. But the three-day trials show that AI systems can credibly maneuver an aircraft in a simple, one-on-one combat scenario and shoot its forward guns in a classic, WWII-style dogfight. On the other hand, they said, it was an impressive showing by an AI agent after only a year of development. (As I reported earlier this week, the program began back in September last year with eight teams developing their respective AIs.)
Heron, a small, female- and minority-owned company with offices in Maryland and Virginia, builds artificial intelligence agents, and is also a player in DARPA’s Gamebreaker effort to explore tactics for disrupting enemy strategies using real-world games as platforms. The company beat eight other teams, including one led by defense giant Lockheed Martin — which came in second in the AlphaDogfight “semi-finals” that pitted the AI pilots against each other this morning.
Heron’s team did a live-stream Q&A on Youtube. “Even a week before Trial 1, we had agents that were not very good at flying at all. We really turned it around, and since then we’ve been really number one,” said Ben Bell, Heron’s co-lead for the project. The team intends to publish later this year some of the details about its reinforcement learning process for the AI, he said.
The trials were designed as a risk-reduction effort for DARPA’s Air Combat Evolution (ACE) program to flesh out how human and machine pilots share operational control of a fighter jet to maximize its chances of mission success. The overarching ACE concept is aimed at allowing the pilot to shift “from single platform operator to mission commander” in charge not just of flying their own aircraft but managing teams of drones slaved to their fighter jet. “ACE aims to deliver a capability that enables a pilot to attend to a broader, more global air command mission while their aircraft and teamed unmanned systems are engaged in individual tactics,” the ACE program website explains.
more
https://breakingdefense.com/2020/08...8.21.20&utm_term=Editorial - Early Bird Brief
B

Air Canada adding to the A220 fleet, now at 10 of 45 ordered. Already grounded the Embraers they are replacing. Airbus will sell thousands.
B

Canadian government needs to step up and award a contract for the F18 replacement program to a Canadian company and support the industry. Unmanned drones seem to be the answer rather than F35s. Important to spend the money in the country. Canada will not lose a war because the planes were sub par.

The world's first fugitive hunt utilizing both air and ground resources was executed in Canada with legendary pilot "Wop" May at the controls as he and the RCMP hunted down the "Mad Trapper".

In the 1930's Canada moved more freight by air than all the other countries combined.


In 1999 Canada became the 1st country to implement safety management systems (or SMS) as a new way to eliminate safety risks in commercial and civil aviation.
Reactions: Danbones

Lieutenant Roland J. Groome was a flight instructor with the Royal Flying Corps during World War I. After the war ended, he returned to Regina with two wartime buddies, Edward Clarke and Bob McCombie. The men formed an aviation company, the Aerial Service Company, in 1919 and laid out an airfield near the corner of what is now Hill Avenue and Cameron Street . This was the first licensed aerodrome in Canada . While Groome was set to become the first licensed commercial aviator in Canada, his partner McCombie received the first Aviation Engineer's Certificate and one of the company's airplanes, a JN-4 (Can) Canuck, became the first licensed commercial aircraft in Canada (registration number: G-CAAA). Groome also flew the first inter-city airmail in Saskatchewan between Saskatoon and Regina . (The letter was from Saskatoon 's mayor to Regina 's mayor.) The Aerial Service Company flew passengers and freight around the province and provided flying lessons to eager would-be pilots.

In 1927, the Regina Flying Club was formed, and some land west of the city was purchased by the group with the aim of creating a more modern airport for the city. In 1930, the Regina Municipal Airport officially opened on the same site where the Regina Airport now stands. Although most air mail contracts were cancelled and overnight flights to the city stopped during the Depression, by 1932 the paving of Regina 's runways began. For many years Regina 's airport boasted the only paved runways between Montreal and Vancouver . (This was necessary because Regina sits on extremely rich and fertile topsoil which, while it is excellent for growing crops, is not good for the wheels of aircraft.)

They say any landing you can walk away from is a good landing...does that include sea planes too?

If one crashes at an airport would it be the ashfault?
Reactions: taxslave

NZDoug said:
This is cool.

Quite common in my part of the country. Mostly they use a big skateboard for takeoff and a trailer setup for retrieval from the ocean. Another common dewatering device is a front wheel drive vehicle cut off behind the drivers seat and a platform out front for the plane. Tofino has the best setup. They have a big ditch parallel to the main runway for float planes to land in.
Reactions: Danbones

I think you guys missed the boat last fall. 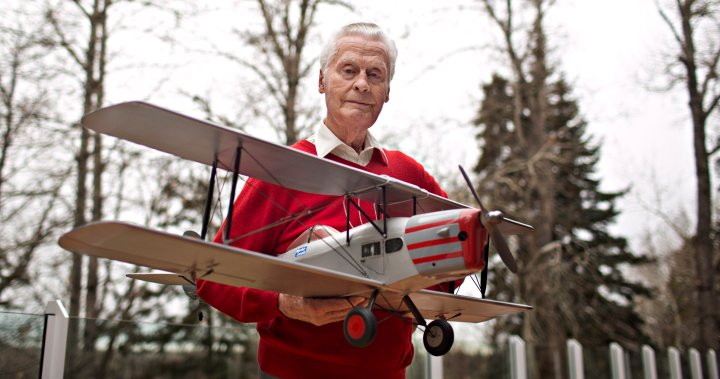 Brand new Air Force One ready to be unveiled for Joe Biden. $5.3 billion to build. Will be Hunters party palace with no security checks when returning from international locations.
You must log in or register to reply here.
Top Bottom