Didn't Pennsylvania vote for Biden.. well you get what you vote for .. enjoy
Reactions: Twin_Moose

If you cheered for Biden.. I hope you go broke.

Not sure what all the crying is about gas prices.. the fun has only started.

In Canada they estimate $3 a liter & $7 a gallon in the USA by the end of summer.. thank Biden. He paused the oil and gas leases, and he cut subsidies to big oil and gas companies..

The USA was oil sufficient, and wasn't an importer anymore under Trump. 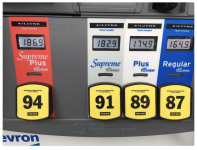 You can't make this shit up.. seriously. On Twitter.

"Jesus fell three times carrying the Cross while on the way to Calvary to save us.

Biden also fell three times carrying the hardship America is going through on his way to deliver Hope.

Today God looked upon Biden & said "This is my Son, the beloved, in whom I was well pleased." 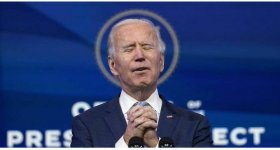 A group of 44 black intellectuals, led by civil rights leader Bob Woodson, has published an open letter to Smith College, blasting the school’s use of anti-white critical race training where employees were forced to publicly “cleanse” themselves after a hate hoax. When the hoax was exposed, administrators at the elite all-female school doubled down and refused to apologize to the humiliated employees.​

The signatories, many of whom were active in the civil rights movement of the 1960s, penned the open letter to Smith College President Kathleen McCartney under the group name of 1776 Unites. It came after reports surfaced that service-sector employees of the school were forced to go through several rounds of critical race theory-inspired “anti-bias” training following a now-debunked accusation of racial profiling from a student.

Founded by Bob Woodson, 1776 Unites describes itself as a “nonpartisan and intellectually diverse alliance” focused on solving some of America’s greatest challenges while also helping to “liberate tens of millions” by teaching the nation’s founding principles. Included among the signatories of the open letter to Smith College are Pastor Calvin Johnson of the Emmanuel Missionary Baptist Church and Dr. William B. Allen, emeritus dean at Michigan State University.


“Dear President McCartney, we, the undersigned, are writing as Black Americans to express our outrage at the treatment of the service workers of Smith College in light of the incident of alleged racial profiling that occurred in the summer of 2018,” the open letter begins with saying, before laying into the school’s treatment of the very employees who keep the lights running day-to-day.

“Before investigating the facts, Smith College assumed that every one of the people who prepare its food and clean its facilities was guilty of the vile sin of racism and forced them to publicly ‘cleanse’ themselves through a series of humiliating exercises in order to keep their jobs,” the group’s open letter to Smith College continues, reminding school leadership that even after the profiling incident was exposed as a hoax, employees received no apology......More
Reactions: taxslave

My brothers and sisters. Ukr Power!
Reactions: taxslave and Twin_Moose

Horganis horriblis wants to do the same to BC drivers.
Reactions: petros and Twin_Moose

taxslave said:
Horganis horriblis wants to do the same to BC drivers.
Click to expand...

It will force all drivers to keep detailed log books
You must log in or register to reply here.
Top Bottom