Did anyone watch the English Debate last night? What did you think?

Dixie Cup said:
Did anyone watch the English Debate last night? What did you think?
Click to expand...

everyone was watching leylah.

spaminator said:
everyone was watching leylah.

Most folks already know who they are going to vote for..

Couldn't be bothered same message with 4 different slants and 1 Quebec only peckerhead
Reactions: taxslave and B00Mer

To decide on who will make the best PM requires one to listen to a number of interviews and assess the candidates on their polices/views and then one can see if they agree with the candidate.
Reactions: Dixie Cup, taxslave and Twin_Moose

I listened to it on the radio last night. Had one radio going in my living room so I can hear from my kitchen, & A second radio going out on my deck so I could hear it while I was enjoying the tail end of summer. It’s what you Gotta do when you’re making soup from scratch. 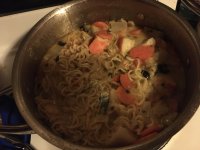 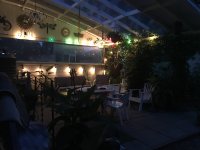 I wish I had enough French to follow the first two debates, instead of just the last one offered to the rest of Canada in English but….oh well…. French is just not a priority outside of Quebec and France and a few African nations, etc…

It would’ve been nice to actually understand the French debates to compare them to the English debates. If I’m going to learn a second language though I want to learn one that’s useful as opposed to just French but such is life.

My impression just listening to the debate last night was that it was a goat rodeo dog pile. Trudeau Sounded frustrated and petty where the other leaders where much more composed (except for the Bloc Dude near the end where he thought he was being shortchanged for time & another where he thought he or Quebec where being insulted).

It was good to hear him stumble and stammer and moistly making excuses, though he did get kind of snotty with the Green person (Snide & Jerkish might fit better that snotty).

Most people that commit to listening to a leaders debate whether over the radio or actually watching it on TV have made their minds up in advance….But for those that haven’t this might have been informative.
Reactions: Dixie Cup, taxslave and Twin_Moose

Here’s where Bloc Dude thought he or Quebec where being insulted with a question: http://apple.news/AzEtVi-ldTvG7hHvlEVv8Og

The result of 2021’s patently unnecessary federal election is entirely up in the air at the conclusion of the campaign’s three debates. (For the record there was one in English, on Thursday evening, and two in French. Apparently, that is where we are as a country.) And it appears safe to say history will not regard those debates as pivotal. http://apple.news/ApcYJxGmsS8SUo3uzfwHMmQ

Thursday’s sole English-language debate had some interesting moments. Liberal leader Justin Trudeau may never have been asked so many times in such quick succession to account for his government’s performance, as opposed to its rhetoric, especially on climate change and on reconciliation with Indigenous Peoples. It wasn’t one of his political opponents that flagged Canada’s worst-in-the-G7 emissions performance under his watch, for example, but Global News reporter Mercedes Stephenson — one of four journalists who ran impromptu press conferences with the five leaders on stage.

Trudeau blaming that performance on Stephen Harper, almost six years gone from the Prime Minister’s Office, might have looked all the weaker as a result.

On issue after issue, Trudeau spent the debate on the defensive — and never really got much of a chance to go on the offensive, in part thanks to moderator Shachi Kurl’s insistence the leaders stay on topic. When Trudeau finally managed to accuse O’Toole of emboldening anti-vaxxers, suggesting his relatively tolerant approach was an impediment to pandemic recovery, O’Toole parried rather nicely: Why did you call the election, then?
Reactions: Dixie Cup, taxslave and Twin_Moose

I really like Jagmeet Singh, but his big orange turban last night made him look like a giant H B pencil.
Reactions: Dixie Cup, taxslave and Twin_Moose

Hoof Hearted said:
I really like Jagmeet Singh, but his big orange turban last night made him look like a giant H B pencil.
Click to expand...

He is without a doubt the best speaker of the bunch. The problem is he is so very very wrong about almost everything he talks about.
Reactions: Dixie Cup and Twin_Moose

Since all the leaders come from back east somewhere the debates are irrelevant to us. Especially the french ones.
Reactions: Twin_Moose

Ya, I wished (only for a moment) that I could understand French because at the scrum, Trudeau was asked several questions in French which he answered in French. I would have liked to know what was asked & answered. Also, I would have liked to hear the French debates because often times what is said there is not what is said in English. I think sometimes politicians count on most Canadians not understanding French and use this to their advantage. Trudeau is famous for doing this - don't know about the other candidates.
Reactions: taxslave

Have to hire your own translator because the media can not be trusted to tell the truth.
You must log in or register to reply here.
Top Bottom