Fucking savages. What else would expect from murders?
Reactions: Twin_Moose

Does she need an abortion ?
Reactions: Twin_Moose, petros and B00Mer

pgs said:
Does she need an abortion ?
Click to expand...

Yeah she ain’t getting any

ya beat me to it Moose
Reactions: Twin_Moose

Justin Trudeau may very well be the luckiest politician I’ve ever covered. At a time when his government is in disarray from problems with passports, airports, immigration, the military and when he himself is facing allegations of interfering in the police investigation into a massacre — along comes an issue to distract.

On Friday morning, the long-expected decision of the United States Supreme Court to overturn Roe v. Wade was released. In practical terms, the decision means nothing north of the border. We have different laws, a different political system. Our court system is very different, so nothing will change in Canada because of this decision.

It is, however, political gold for Trudeau. 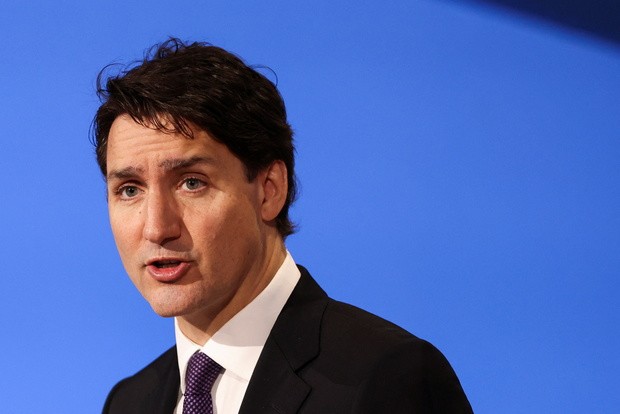 LILLEY: Trudeau dodges questions about own conduct thanks to American decision in Roe — Toronto Sun

Justin Trudeau may very well be the luckiest politician I’ve ever covered. At a time when his government is in disarray from problems with passports, airports, immigration, the military and when he himself is facing allegations of interfering in the police investigation into a massacre — along...

apple.news
Nothing has changed except the opportunity for Trudeau to use an American story for his political gain. The rest at the above link…

He took no questions from reporters after he and Foreign Minister Melanie Joly spent six minutes denouncing the American court decision. He made no comments about the problems in Canada, like the lines and waits people are facing to get a passport to leave the country like he does with such regularity.

There was no ability for journalists to ask Trudeau to explain how he defines “undue influence” in a police investigation or why he thought the pages of handwritten notes turned over to the public inquiry investigating the Nova Scotia massacre didn’t initially include the pages that showed Trudeau’s office trying to interfere with the investigation.

The timing of the U.S. court announcement was perfect.

He loves using American news for his own benefit. After promising new gun control measures for years, his government hastily rushed out a plan after mass shootings in Buffalo, N.Y. and Uvalde, Texas.

We know it’s not the first time Trudeau and his government have felt comfortable inserting themselves into criminal matters they shouldn’t be involved in. They did it before with SNC-Lavalin. While that was a corporate case with a nameless, faceless company, in this case he was using the massacre of 22 people to further his political goals.

It’s not only wrong legally and ethically, it’s disgusting and tasteless.

Trudeau’s supporters will say this never happened, that he’s denied it, but that’s not the case. He didn’t say he never pressured the RCMP to release information to help his goal of tabling new gun legislation. He said there was no “undue influence or pressure.”

That means there was influence and pressure applied — he just thinks it was acceptable to do so.

Trudeau is hoping that by talking about the American court ruling on abortion, you’ll forget about his problems and move on. We can’t let that happen.

I know this thread is about an American court decision, but it’s on a Canadian Forum & I look at it with a Canadian bias.

Hahahaha why stop at Roe?

Which one would you boink when sober?
Reactions: Twin_Moose
You must log in or register to reply here.
Top Bottom