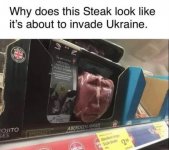 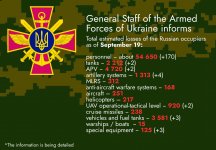 So what happens now? It seems like the russians in the north have collapsed, in the south their forces are getting pounded to weaken them, if they pull back to mariopul to try to set up a defensive line it feels to me like it's just waiting for the end at that point, with no real way to resupply etc.

So how does this end? What's putin's next move? In two or three weeks the weather is going to turn and make fighting harder, and then we're into winter. So what's next?

What happens after Ukraine expells the occupiers? Ukraine keeps going until they take Volgograd just for shits and giggles.
Reactions: Twin_Moose

petros said:
What happens after Ukraine expells the occupiers? Ukraine keeps going until they take Volgograd just for shits and giggles.
Click to expand...

I was more wondering what the next step to making that happen would be. And what putin's reaction options are.

The_Foxer said:
I was more wondering what the next step to making that happen would be. And what putin's reaction options are.
Click to expand...

Ukraine won't bargain so the only current option is run. He is weak and the world doesn't like the stink of a tyrant who shit the bed.

Nothing new there soldiers are always testing one another that's why guard duty is only so long and the same people rarely pull duty together much.

A full on firefight between Wagner and Chechens was because a security guy fucked up?
Reactions: Twin_Moose

I have serious doubts as to whether this is going to have the effect he wants it to. Obviously the plan is to make the rest of the world nervous (they've been very clear they won't support attacks on russia itself) and to raise morale and support at home (mother russia is being attacked! To arms!)

I doubt either thing will happen. I think everywhere else will simply ignore it, and i think the russian people dont' want to get drafted to go to "war".

Reservists are moms and dads and established, aging, working class. There will be a rebellion in Russia and the Federated States.

Ukraine has a million troops waiting to armed. It wont end well for Russia with 300,000 old farts.
Reactions: Twin_Moose

Putin recruiting cannibals, serial killers for Ukraine war, report claims
"Out of the first 42 convicts recruited in the first group, only three survived"

Desperate neo-czar Vladimir Putin reportedly is recruiting serial killers and cannibals from Russian prisons to fight in Ukraine, where his armies are being obliterated.


According to the Daily Beast, facing a manpower shortage, Putin pals in the notorious shadowy army the Wagner Group are promising freedom to the nation’s monsters if they fight.


Citing accounts from military analysts and videos on Telegram, the indication is that Putin plans to ratchet up the horror factor in the seven-month war.

“Putin’s plan is to recruit at least 50,000 convicts and Prigozhin, who is an ex-convict himself, has already sent more than 3,000 inmates to Ukraine, including serial murderers, robbers and at least one cannibal,” Russian prison expert Olga Romanova told The Daily Beast.


The result is that Russia’s “worst criminals” have been unleashed in Ukraine. The twisted recruitment drive began in June.


“If in July and August they were brushing through jails in the central part of Russia, yesterday they travelled to the Urals, (which) has more than 35 prison camps and jails,” Romanova told the website.

She pointed to a video released by Ukrainian intelligence of a captured Russian dressed in Wagner garb. He said in the video they were civilian recruits they called “ashniks” and “kashniks” — convicts.

“We are not a battalion, we are just a bunch of people. Wagner took us … showed us what to do but you cannot learn in one week,” said the convict, who had been serving a nine-year sentence for unspecified crimes.


“Originally, Wagner grabbed mostly those convicted for homicide — Criminal Code Article #105 — and robbery — Article 162,” lawyer Ruslan Vakhapov told The Daily Beast. “But now, their fishing net takes everybody in, including man-eaters. So far, we know of one case of recruitment among Russian cannibals.

He added: “The murkiest characters go to Ukraine. I just spoke with the wife of a serial killer convicted in Kostroma. He was supposed to spend five more years behind bars, but Wagner had freed him, so the wife was terrified he might (come back) and attack her for filing for divorce.”

Many convicts are also terrified they will be press-ganged into military service in Ukraine, Vakhapov said.

“Pretty much all murderers we have on our watch have been recruited and they die like flies in Ukraine. Out of the first 42 convicts recruited in the first group, only three survived, out of the second group of 66 convicts, only six returned, including one who had lost his arm,” Romanova told The Daily Beast.

The Wagner Group is referred to as an “army of orcs and goblins,” a reference to The Lord of the Rings, by both Russian soldiers and their Ukrainian foes.

“By arming these goblins and sending psychos and maniacs to the front, Putin shows the weakness of his army, which has been badly losing,” Anton Naumlyuk, founder of Ukraine’s Graty media group, told The Daily Beast. 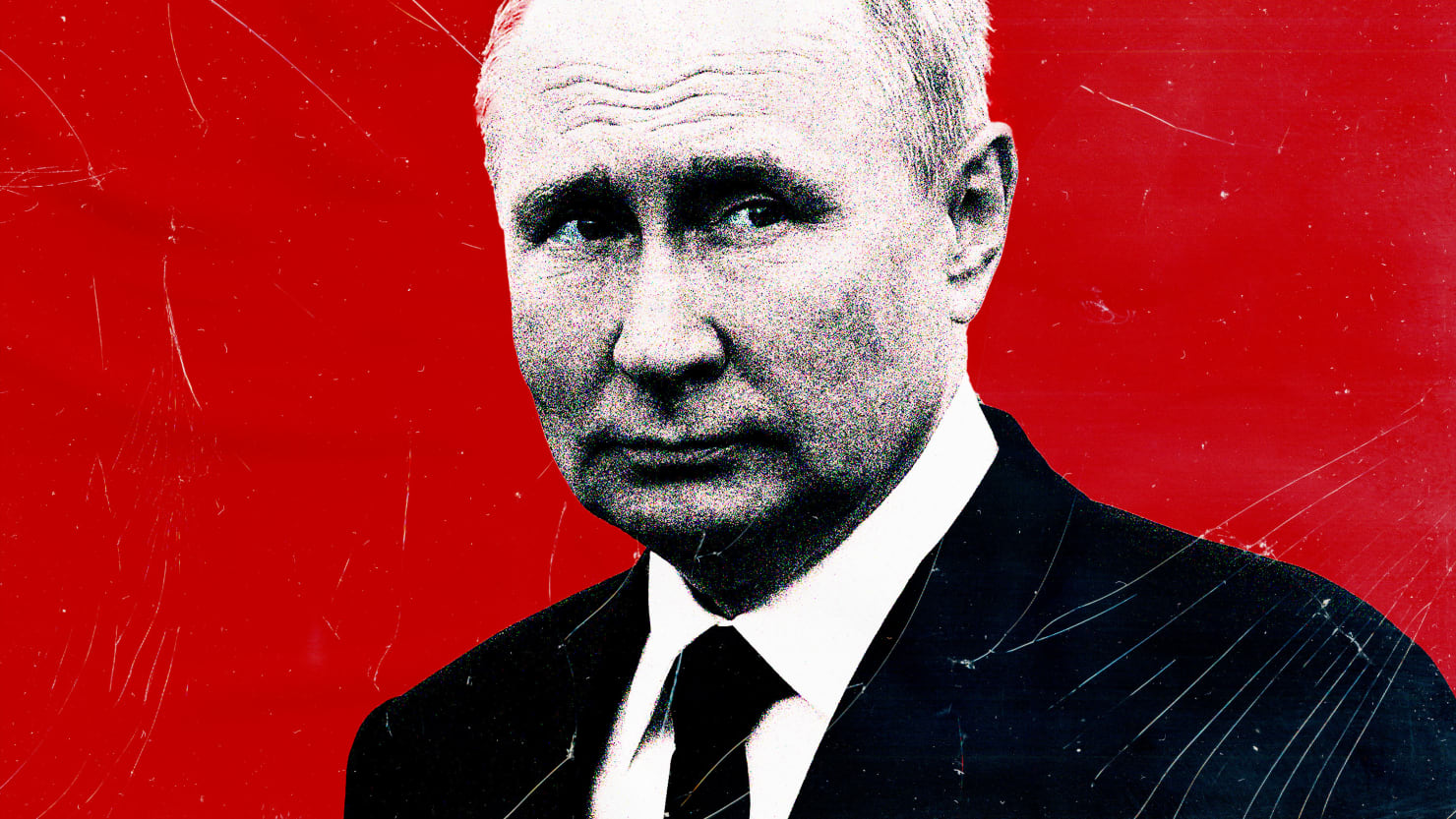 Putin Accused of Sending Serial Killers and Cannibal to War

Some of Russia’s “worst criminals” are among the inmates recruited to fight Putin’s war, the country’s top prison-monitoring organization told The Daily Beast.
thedailybeast.com 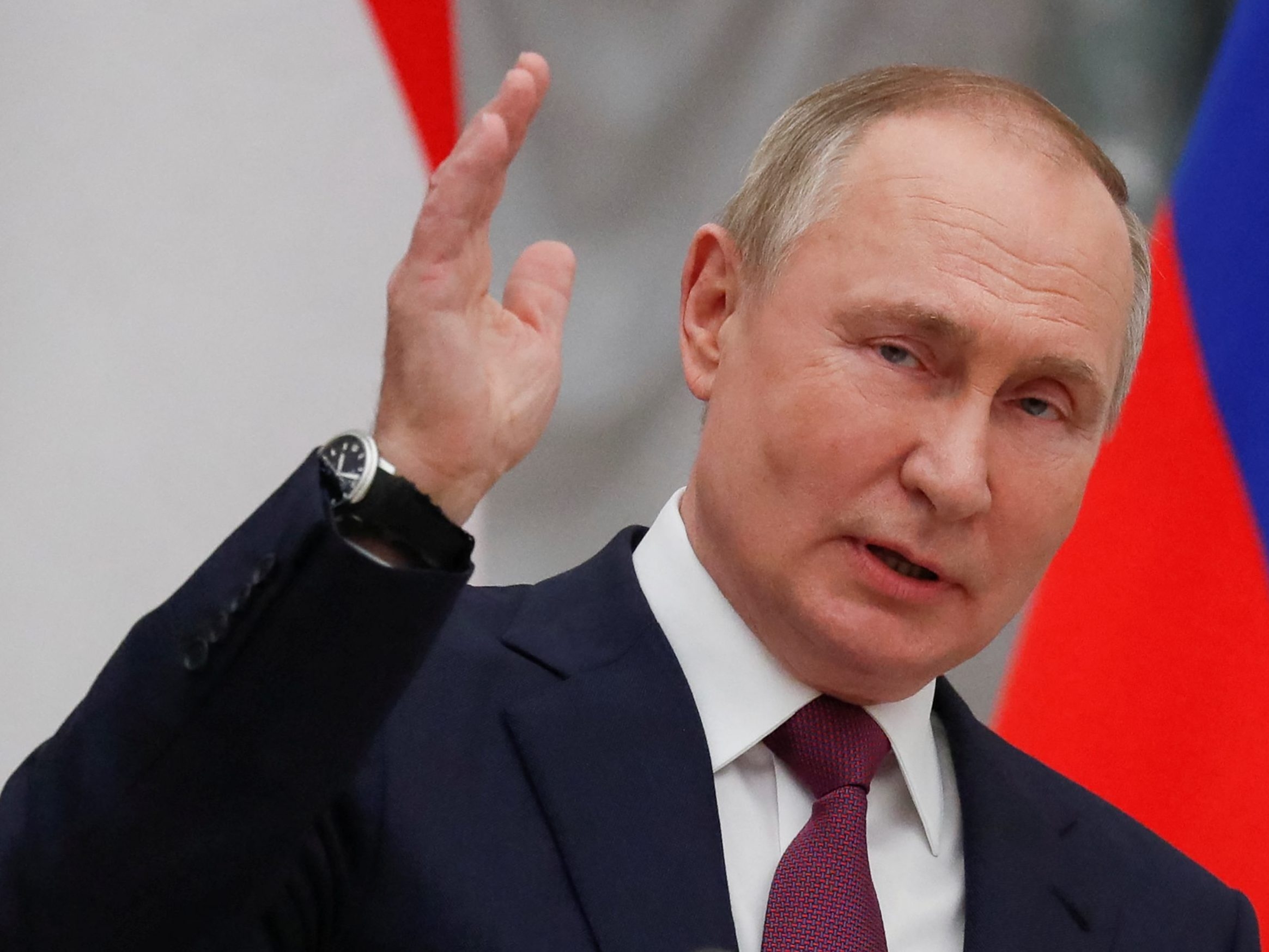 Desperate Vladimir Putin is recruiting serial killers and cannibals from Russian prisons to fight in Ukraine where his armies are LOSING.

Russia sees spike in Google searches for 'How to leave Russia'​

13:31, 20 сентябрь 2022
Source: Mozhem Obyasnit
In the hours before Russian President Vladimir Putin was expected to address the nation regarding plans to conduct “referendums” in Ukraine’s occupied territories Tuesday, searches for the phrase “How to leave Russia” spiked on Google. The surge was noted by the Telegram channel Mozhem Obyasnit, though it’s available for all to see on Google Trends. The phrase’s popularity appears to have peaked at about 6:00 pm Moscow time. 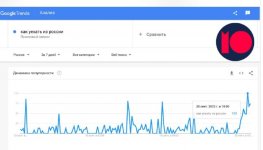 Earlier Tuesday, Russian lawmakers unanimously passed legislation introducing the concepts of "mobilization" and "martial law" to the criminal code. That, combined with Russian-installed officials in Ukraine's occupied territories calling for "referendums" on annexation on September 23–27, has led to widespread speculation that Putin will soon announce a general mobilization.
Reactions: Twin_Moose and Taxslave2
T

Rather disturbing article I read this AM. It seems the Russian puppet leaders that took over three Ukraine provinces are planing on a vote to join Russia. Which they will win because they are running it. This will give them the excuse to ask Russia for help when Ukraine soldiers take back traditional territory. Much the same as happened in Crimea.
Reactions: Dixie Cup, Twin_Moose and petros

Taxslave2 said:
Rather disturbing article I read this AM. It seems the Russian puppet leaders that took over three Ukraine provinces are planing on a vote to join Russia. Which they will win because they are running it. This will give them the excuse to ask Russia for help when Ukraine soldiers take back traditional territory. Much the same as happened in Crimea.
Click to expand...

Yep. sounds like they're also planning to expand conscription and they just changed the laws to a more martial law footing. Refuse to go if called and it's 10 years in jail.

But everyone including some 'russia friendly' states have said they won't recognize it. And the word so far is that the idea of conscripting people into fighting is going over like a lead balloon in russia. We'll see how much turns out to be true.
You must log in or register to reply here.
Top Bottom