Municipal and school board elections this fall but how many will care?

Municipal and school board elections this fall but how many will care?
Author of the article:Antonella Artuso
Publishing date:Sep 05, 2022 • 1 hour ago • 2 minute read • Join the conversation
Many Ontarians have little idea what individual candidates value or intend to do when voting in municipal elections.

It’s that time again when voters get to cast their ballots for levels of government most likely to have a day-to-day impact on their lives.


Yet, many Ontarians have little idea what individual candidates value or intend to do when voting in municipal elections.


Local city council and school board election campaigns begin in earnest in September, culminating in the once-every-four years vote on Oct. 24.

Dr. Robert MacDermid, professor emeritus of York University’s department of politics, said voter turnout for municipal and school board elections generally remain below that of provincial and federal campaigns.

During the last municipal election in 2018, it’s estimated fewer than 40% of registered voters cast ballots.

A lot of people opt not to vote because they don’t feel they have enough information, MacDermid said.


One way that Ontario municipal campaigns stand out from most other jurisdictions is the lack of political parties.

Municipal seats and offices are contested by Democrats and Republicans in the U.S. and by Labour, Conservatives and Liberals in the U.K., MacDermid said.

Critics of political parties at the municipal level have noted that non-aligned candidates are free to vote as they wish on issues, and arguably are more able to reflect the actual views of their constituents.


At the provincial and federal levels, votes are “whipped” and government MPPs rarely enjoy the luxury of voting against their own party and leader’s position.

However, McDermid noted that municipal candidates can have other influences, such as land developers, and face very little oversight outside larger jurisdictions.

Another issue is finding candidates willing to join a race — dozens of candidates have been acclaimed this time around because no one ran against them.

While there are people interested in municipal or school board politics, many quickly find the process can be daunting, constituents demanding, social media brutal and pay lacking, he said.

Still, municipal government remains a place where critical decisions are made on everything from what gets built at the end of the block to whether a child has a place to swim or skate.

“It’s a shame because these things are so important in people’s daily lives,” MacDermid said. 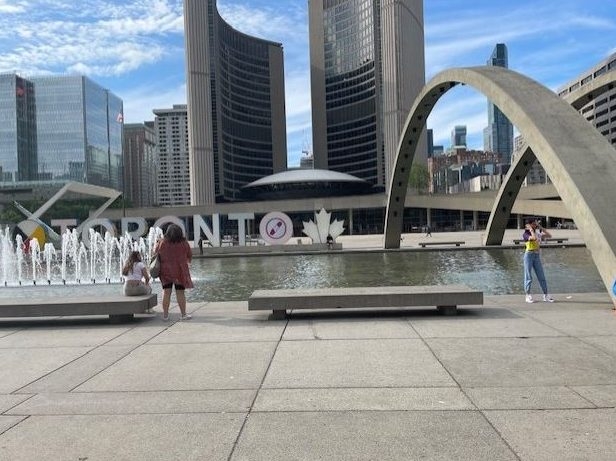 Municipal and school board elections this fall but how many will care?

Many Ontarians have little idea what individual candidates value or intend to do when voting in municipal elections.

If parents care about their kids' education & what they are being taught then it's the parents responsibility to be active in their children's school activities & to know their teachers. Get involved with the parents' association so one knows what is going on in their schools. That's critical now-a-days especially!
Reactions: Taxslave2

I'm watching municipal elections with renewed interest in the light of the meteoric rise in housing costs. There is plenty of room to take action at the municipal level with things like financial encouragement for non-profit suppliers and housing co-ops. I live in an area of very high tourist traffic and Short Term Rentals are an issue, as are things like gentrification and aggressive acquisition of housing of all types by corporate and investor landlords. There are enough lower and middle income people being forced out of the housing market that this will be a hot-button topic come election time at all levels of government, and municipal government will be no exception.
Reactions: Taxslave2, Tecumsehsbones, The_Foxer and 1 other person

Public housing is very expensive. Its far from build and fill. Long term costs are heavy and socially there is no benefit.
Reactions: Taxslave2
T

Municipal bylaws are the single biggest roadblock to affordable housing.
BC has the added bonus of the ALR, that is unelected and politically motivated to keep land development restricted. Like everything brought in by socialists, the basic idea was good.They failed miserably on the details.
You must log in or register to reply here.
Top Bottom