"We see regions moving in the wrong direction," she told the news outlet, referencing the fact that a number have had to move from more open coloured zones into more prohibitive ones lately, and that some have even the emergency brake pulled. "It is something they are watching very closely, it could happen."

Crombie's worries are that Peel, which is already in the grey zone with an amendment allowing patio dining, would be put back under something even more locked down than grey, like the provincial shutdown it just emerged from on March 8, which included a formal stay-at-home order from Premier Doug Ford. 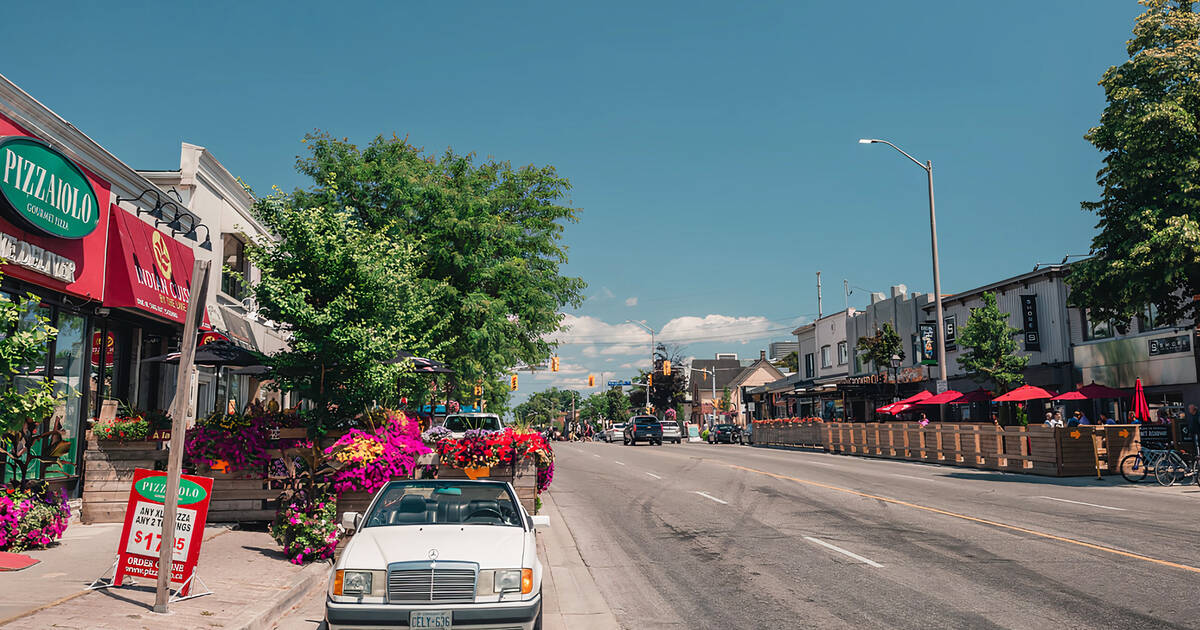 Mississauga mayor Bonnie Crombie, who just days ago was asking that her city be allowed to progress into the red zone without the rest of Peel Regi...

The Ottawa Variant is coming to get you.
Reactions: taxslave

The political variant is going to make sure the economy crashes.

You can always rely on conbots to deny reality.

Which reality is that? They're canceling the week long lock down put in by Hank Hill and SK Party Conbots?

mentalfloss said:
You can always rely on conbots to deny reality.
Click to expand...

So you must be a conbot.

Those who believe the virus only kills the elderly are going to have a hard time convincing Shawna Brooks and Natalie Wilson. They say their baby brother, Christopher Wilson, died of the coronavirus last Saturday and he was just 29 years old.

Until last week, his life was going well. He was working as a cook at a Mississauga retirement residence. After experiencing a headache, he was tested and found out he was COVID-positive.

Wilson was told to isolate in his apartment alone.

“It was such a shock,” said Natalie. “He was doing fine last week and this came out of nowhere.”

In fact, when both sisters talked to him on the phone Friday, “he said he was feeling better.”

But on Saturday, just three days after testing positive, he was dead.

The sisters say they were told it was from COVID-19.

Peel Region Public Health confirmed there was a death at the retirement home where Christopher Wilson worked, and that two staff and one resident had tested positive for COVID, but they were unable to comment further because of privacy issues.

“(The residence) has acted quickly to ensure that all recommended infection prevention and control measures have been implemented for the safety of the residents, staff, and caregivers,” reads a statement from the public health unit. “Peel Public Health has also been working closely with system partners to ensure that (the residence) receives the support they need.”

“The home will be receiving additional infection prevention and control review and training, and residents and staff are planned to be re-tested for COVID-19 this week,” the statement goes on to say.


The management of the facility has not commented, but a sign posted on the front door warns of an “outbreak” in the the building. Residents also say they are not supposed to leave the grounds and some employees have been told not to come to work.

There are so many unknowns. But what is known is Christopher Wilson didn’t die in hospital with family and friends holding his hand — he died alone, which his sisters say is ironic because he was no loner.

This advertisement has not loaded yet, but your article continues below.
Article content
“He loved life,” said Shawna.

“His smile lit up the room,” added Natalie.

He had developed into a talented cook — a passion he loved and had plans to go far with.

Two of his co-workers told The Sun that Christopher Wilson was known for holding the door for women and there was not a finer gentleman.

Vaccine clinic visitors wait in line at a mass vaccination clinic in Toronto on Tuesday, March 23, 2021.
Ontario's daily COVID-19 count climbs over 2,000
Sandy Cooper and her mom Bernice, Cooper, 86, a resident of Amica Thornhill who is once again confined to her room at her retirement home during meals despite having been vaccinated for COVID-19.
LEVY: Vaccinated retirement home residents confined to room for meals again
Susan Cuperfain with her new puppy Aero.
LEVY: Homebound elderly not vaccinated, says community nurse

“He was a happy person,” said Natalie. “He was well liked and liked people.”

The coronavirus doesn’t care who it infects or kills.

“We were told COVID was responsible but it’s too early to know if it was a variant,” said Shawna.

Whatever strain of the virus that infected Chris, he was dead soon after learning of it. The sisters say Chris had not yet received the vaccination and they were unsure why he hadn’t.

Perhaps a Coroner’s Inquest could be called, not just to be 100% sure the cause of death was the coronavirus or determine if it was variant, but also to learn why he was not vaccinated when most of the residents and staff were.

Was this because of vaccine shortages? Was this an oversight? Was it because he was only 29? Is there a missing piece that could explain what is now not understood? An inquest is the best way to go.


Shawna also wonders if there could be a better way to approach caring for someone alone in isolation.

“Maybe if family could go in wearing PPE and check on someone alone just to be sure,” said Shawna. “Could there be an app developed? We think Chris was downplaying how he really was feeling to not concern us.”

“Perhaps if we were able to see him in person, we may have noticed he was not doing well and insisted he go to the hospital,” she added.

Instead, a public health official doing a wellness check found him lifeless in his Brampton apartment.

“No one is exempt from COVID. It can affect young and old. That should be the lesson,” said Natalie. “Anyone can get it.”

Christopher Wilson did and was gone just 72 hours later.

This suspected COVID-19 death of someone from a retirement home was not an elderly resident -- it was a staffer under 30.

taxslave said:
So you must be a conbot.
Click to expand...

No, I recognize there has been debt for the last 50 years with literally zero consequence.
Reactions: taxslave

mentalfloss said:
No, I recognize there has been debt for the last 50 years with literally zero consequence.
Click to expand...

Maybe you can find someone that can explain life and finance to you in really simple words you can understand.

If kale creates those kind of delusions I am not even going to risk eating it anymore.

Why would you in the first place? It tastes like shit and doesn't benefit you in any way.

You can tell I'm right when no proof is given.

Proof of what? Kale tasting horrific?

Do I need to call daddy Regina to explain it to you?

Yes. Please. Call whomever you wish.

Fear mongering about the debt is useless.

Why?
You must log in or register to reply here.
Top Bottom