Elections day in the UK tomorrow - 145 English local councils, Hartlepool by-election, 13 elected English mayors (including London and Manchester), 39 Police and Crime Commissioners in England & Wales, Scottish Parliament, Welsh Senedd, London Assembly - and the polls spell disaster for Labour (except in London where Khan is expected to be re-elected mayor): 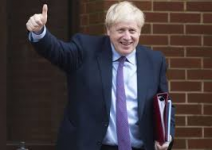 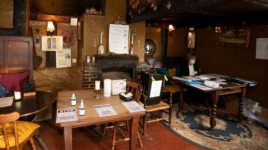 A polling station at the White Horse Inn in Priors Dean, Hampshire. Polling stations close in just over an hour in the UK elections. 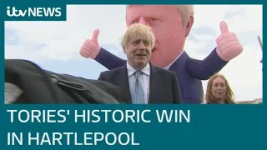 The constituency of Hartlepool has a Tory MP for the first time ever.

The Tory victory in Hartlepool, with a swing of 16% and the biggest increase in a governing party's vote in any by-election since 1945, is a blow to Labour hopes that the choice of Sir Keir Starmer as leader would soon stem their rot after the disastrous leadership of Jeremy Corbyn.

What didn't help Labour in the by-election was fielding a Remainer candidate in a Brexit stronghold. 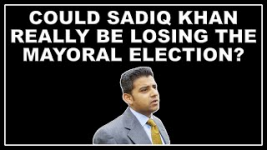 Reports are coming in that Labour is getting very concerned about the London Mayoral election race. #SadiqKhan #ShaunBailey #LondonMayor

Tory candidate Shaun Bailey is leading the count so far 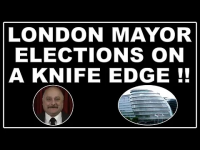 Pro-independence SNP unlikely to get overall majority in Scottish Parliament​

There is still a chance the SNP could get an overall majority but in truth it’s a remote chance.

It rests on whether or not the SNP can pick up Galloway and Aberdeenshire West – two Conservative-held marginal seats.

Those do look like more of a long shot.

And it also depends whether or not they can pick up a couple of list seats – one in the Highlands and one in the south of Scotland.

Bu they would need to get at least three of those four seats, and on the evidence of what we’ve seen so far they will be lucky to make it.

So we’re probably not looking at an SNP overall majority.

But there will be a majority of pro-independence MSPs – the SNP and the Greens in combination.

One way that was realised was the extent of tactical voting, particularly in those seats that both Conservative and Labour were defending.

This is also going to be a record high turnout for a Scottish Parliament election.

So I think we can take away first, that Scotland’s voters on both sides of the argument really are concerned about the constitutional question.

And secondly, probably when all the votes are counted it’s going to underline that this country is pretty much evenly divided between supporters of independence and supporters of the union. 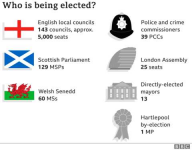 Crunching the numbers: What does the data tell us?​

The BBC has been collecting data in 1,000 key wards.

This gives us something known as the projected national share.

It gives us an estimate of the share of the vote the parties may have won in a nationwide general election - if voters had behaved in the same way as those who actually voted in the local elections.

So on the basis of those 1,000 key wards, the BBC projects that if a general election was taking place, the parties would have the following percentage shares:

The election results thus appear to confirm the apparent vaccine boost to the Conservatives' popularity.

But in contrast to the result in Hartlepool, there is a projected nationwide net swing from the Conservatives to Labour of 2.5 points from the 2019 general election. Hartlepool's by-election saw a 16% swing the other way.

Labour have made at least some progress in this election, albeit far less than what one might expect from an opposition in the middle of a government's term.

The Liberal Democrat projected share is two points lower than the party's performance in the last local elections in 2019 and only slightly better than that registered in 2016 and 2018.

The party still seems to be doing little more than treading water, even if it is still stronger in local elections than it is for Westminster. 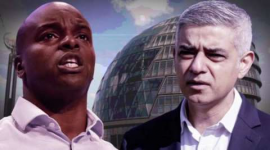 It's currently a close race in London's mayoral election, with Labour's Sadiq Khan 25,000 votes ahead of the Conservative's Shaun Bailey.

Counting in the capital resumes this morning, with seven out of 14 constituencies declared in full.

Mr Bailey is outperforming the previous Conservative candidate, Zac Goldsmith, based on the declared constituencies.

Most polls predicted Mr Bailey would trail Mr Goldsmith, who forced Mr Khan into a run-off in 2016 after securing 35% of the vote.
Mr Khan is currently around 4% behind his 2016 votes, based on the declared constituencies.

In the meantime, from policing to the Tube, read up on what powers the London mayor has, here. 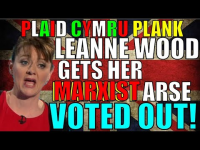 Hartlepool has elected its first ever Tory MP, switching from red to blue. Maybe Labour shouldn't have fielded a Remain candidate in this strong Brexit constituency: 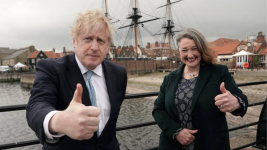 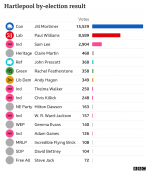 Blaming Labour's Election Defeat On Wokeness Is Wrong. Being Labour is Why They Will Always Lose​ 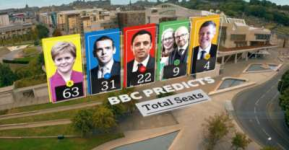 On the basis of the results in so far, the BBC is predicting that the SNP will be the largest party in the new Scottish Parliament and that there will be a majority of MSPs in favour of another independence referendum.

From a projection by Professor Sir John Curtice, the BBC predicts that the SNP will win the election with 63 seats.

That's two seats shy of the 65 needed for a majority in Holyrood.

You know Labour are in trouble when they finish behind the Tories even in Scotland.

On the basis of the 11 constituency mayoral results declared so far, the BBC is projecting that the results of the London mayoral election will be in the first round:
On the basis of these figures it looks as though Sadiq Khan should be comfortably elected as London mayor once the second preferences have been distributed.

On the basis of the 11 constituency mayoral results declared so far, the BBC is projecting that the results of the London mayoral election will be in the first round:
On the basis of these figures it looks as though Sadiq Khan should be comfortably elected as London mayor once the second preferences have been distributed.

Why do Londoners hate themselves so much?


https://www.bbc.co.uk/news/live/uk-politics-57025971
You must log in or register to reply here.
Top Bottom