#KillerCuomo Should Be In Prison for His COVID-19 Lies

These are the accusatory words of Charlotte Bennett, a former executive assistant to Andrew Cuomo.

CANADA'S HOCKEY DAD: Walter Gretzky laid to rest at age 82
Trackerdslogo
The New York Governor is under fire after three women — two of them former employees — came forward alleging they were sexually harassed by the famous politician.

Bennett, 25, has claimed to CBS that while working for Cuomo he also told her at the beginning of the pandemic in 2020 that he would date anyone above the age of 22, that he wanted a girlfriend and that he was “lonely” and “tired.”

Benett reported this and other incidents of Cuomo’s conduct to his chief of staff and chief counsel. No investigation appeared to have ensued. Later, she resigned.


Bennett said she felt ashamed when thinking about coming forward with her claims.

“I feel like people put the onus on the woman to shut that conversation down,” she said. “And by answering, I was somehow engaging in that or enabling it, when in fact I was just terrified.”

This advertisement has not loaded yet, but your article continues below.
Article content
Bennett has hired an attorney who is encouraging other potential victims to come forward.

Bennett’s allegations went public following those of Lindsey Boylan, who claimed she was harassed by Cuomo between 2016-2018 while serving in the role of a state economic development official. Her complaints include the Governor planting an unwanted kiss on her mouth in his Manhattan office, and that he sent her a rose to her office on Valentine’s day. In an essay she published last week, Boylan also recounted an exchange on an airplane with Cuomo where he allegedly said, “Let’s play strip poker.”

Her essay went on to confirm the sexual atmosphere Cuomo created: “His inappropriate behavior toward women was an affirmation that he liked you, that you must be doing something right.”

She resigned in September 2018 after sending a mass email about her resignation to colleagues.

Boylan called out top officials, including women who “normalized” his alleged behavior. She claims several staffers were aware of the Governor’s conduct but did nothing, perpetuating the alleged abuse.

After making two public appearances, Cuomo has not admitted to any of the direct allegations. The New York attorney general is now investigating.

This advertisement has not loaded yet, but your article continues below.
Article content
While none of these allegations have been proven in court, the most potentially damning evidence in this case could be the lack of investigation of Bennett’s claims after they were reported to top officials.

Jurisdictions like Ontario require employers to prevent and respond to complaints of sexual harassment. Ignoring complaints simply isn’t an option. It is baffling that the Governor’s office ignored the allegations as long as it did, especially in the wake of the #metoo movement.

As it unfolds, this case is a cautionary tale for employers. Notably, these allegations in many cases postdate #metoo. A global response to sexual harassment does not mean sexual harassment and assault no longer exist in today’s workplaces. People in positions of power can still abuse that power.

Secondly, it appears employees are still often required to engage legal representation for claims of sexual harassment to be taken seriously and properly investigated by employers. Waiting for a lawyer’s involvement is often too late and will be considered a major strike against an employer for failing to act when the complaint was first put forward.

Employees too should be reminded that even in a post #metoo workplace, incidents of sexual harassment can still arise. Remember you are not time limited in many jurisdictions to legally pursue sexual harassment claims. Even misconduct from years ago may still be pursued. Always report this misconduct to your employer, in writing when possible, and get legal help to ensure you are well represented.

On to your questions from this week:

Q. [Referencing last week’s Rideau Hall workplace culture article] … when I hit the rote grievance words of Ms. El Hilali — to wit, “toxic, unhealthy and unsafe” — I tuned out any sympathy I might otherwise have mustered for the lady. I have no idea what job she worked at — if it were in the construction field, then I can understand the adjectives, and think a call at the time the safety issues arose to the appropriate provincial construction safety office might have assisted. If, however, she was pushing paper, then methinks the lady doth complain too much. When will complainers like Ms. El Hilali express their precise issues — because the adjectives she uses essentially are meaningless, at least to me, and I suspect to any judge who might hear any case the lady drums up.

A. While we don’t know if Ms. El Hilali made internal complaints, I agree that claims should always contain the specifics of misconduct. Using terms that generalize the offending behaviour will not carry the day when tested by the courts. Those who are subject to misconduct should take down careful details of dates and conversations as well as keep record of any documents that can help establish that misconduct actually took place. Claiming you were “bullied” or “harassed” will never be sufficient to pursue a claim against an employer.

Q. Most employees at my company are working remotely because of COVID. My employer is not docking pay for parents who need time off because of their kids. While I understand that people have had a tough time with remote learning, why do people like me have to carry the bag?

This advertisement has not loaded yet, but your article continues below.
Article content
A. You have a right to be treated fairly and consistently among your peers. That said, if no right is being taken away from you it is best to not worry about the financial terms of your colleagues’ contracts. It sounds like your employer will accommodate you as well if you need the help one day. If you have to carry extra workload because of the change in schedule it is worth raising to your employer and establishing an overtime payment arrangement if you qualify for overtime.

Write me with your workplace question at schaudhri@lscslaw.com and it may be featured in a future column. Until next week, stay safe my friends!

CHAUDHRI: Why is Andrew Cuomo only being investigated now?

The New York Governor is under fire after three women came forward alleging they were sexually harassed by the famous politician.

Come on , he was just having a little fun . What’s a guy to do ? Even the MeTo are silent .
Reactions: Twin_Moose 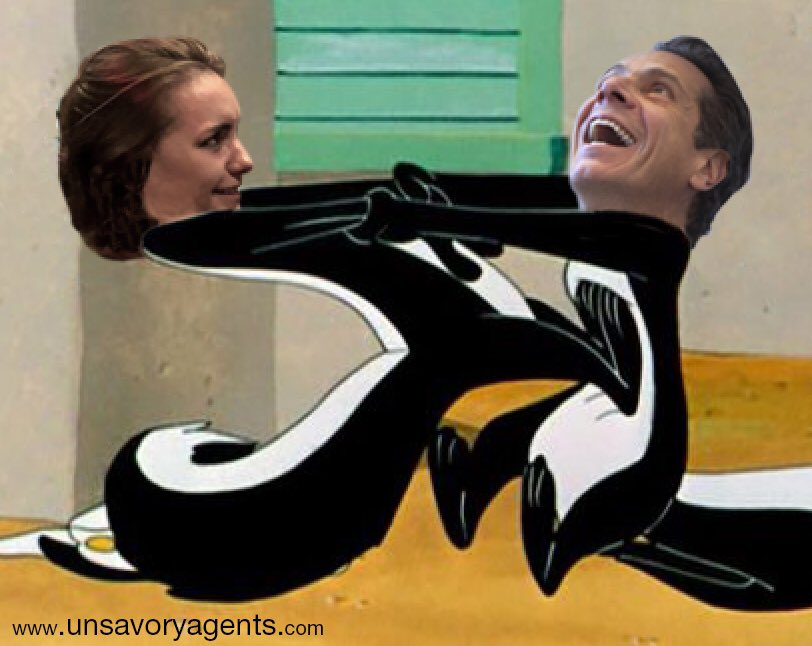 Thousands of deaths is a statistic , now sexual harassment, that is an issue .
Reactions: Twin_Moose

The panel’s investigation, which would run parallel to one being led by state Attorney General Letitia James, would be authorized to interview witnesses, subpoena documents and evaluate evidence, Heastie said.


“The reports of accusations concerning the governor are serious,” Heastie said in a statement.

Cuomo, 63, has denied all allegations by the women, most of whom are former aides. The most recent is an unnamed aide who told The Times-Union newspaper on Tuesday that Cuomo had groped her after calling her to the executive mansion last year under the pretext of business.

Cuomo denied the groping accusation, the Times-Union reported on Wednesday, saying “I have never done anything like this,” and called the details “gut-wrenching.” Representatives for Cuomo did not immediately respond to Reuters’ request for comment.

This advertisement has not loaded yet, but your article continues below.
Article content
Reuters could neither independently verify the woman’s identity, nor her account.

The governor issued a broad apology at a news conference last week for any behaviour that made women feel uncomfortable, but maintained that he has never touched anyone inappropriately.


Heastie, who said he decided to launch the probe after meeting with fellow Democrats who control the Assembly, said last weekend that Cuomo should “seriously consider whether he can effectively meet the needs of the people of New York.”

The list of New York politicians, including Cuomo’s fellow Democrats, calling on the governor to step down has been growing, and on Thursday included New York City Mayor Bill de Blasio, who said Cuomo “just can’t serve as governor anymore.”

Cuomo has said he will not resign and has asked the public to await the results of that probe before making judgment.

De Blasio, a longtime political rival of Cuomo, said on Thursday that the latest accusation was disturbing.

“The specific allegation that the governor called an employee of his, someone who he had power over, called them to a private place and then sexually assaulted her, it’s absolutely unacceptable,” de Blasio told reporters. “It is disgusting to me, and he can no longer serve as governor.”

Calls for Cuomo to step down have been mounting since late February, when Cuomo’s first accuser, a former aide and current Manhattan borough president candidate Lindsey Boylan, published an essay accusing him of making unwanted advances.

The governor has also faced accusations in recent weeks that his administration sought to downplay the number of nursing home residents killed by COVID-19.

“As legislators and as New Yorkers we all must decide what is best for the future of New York State,” read the letter, which was posted on Twitter by one of its signatories, Democratic Assemblywoman Amanda Septimo of the South Bronx.

Interesting another Cuomo breaking news story by a conservative organization

7 women have come forward, 1 forceable touching, could put the Governor on a sex registry

Stay in the fight Andy drag more down with ya

Dems. need him to step down quietly to take the focus off the COVID pandemic politics