Pssssst. I’ll give you a hint, it’s climate change. 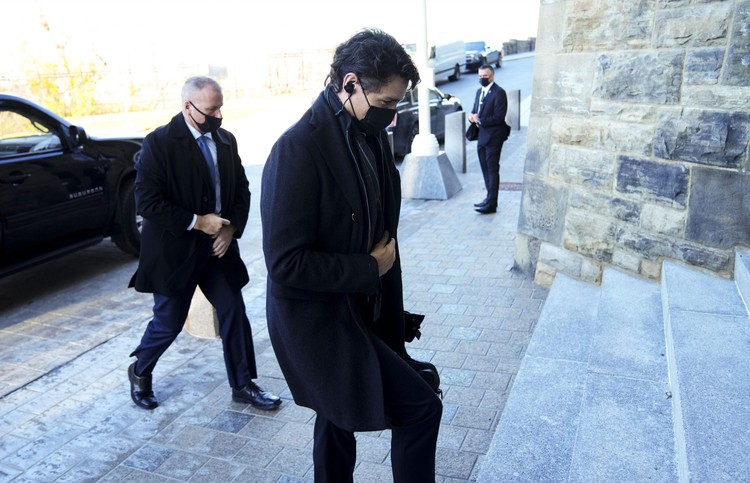 LILLEY: Why did it take Trudeau so long to recall Parliament? — Toronto Sun

What’s on the agenda now that Parliament has returned for the first time after the most important election since the end of the Second World War? Despite Prime Minister Justin Trudeau’s rhetoric, don’t expect them to do much in the near term. The fact that the House of Commons is meeting for the...

Ron in Regina said:
Pssssst. I’ll give you a hint, it’s climate change.

LILLEY: Why did it take Trudeau so long to recall Parliament? — Toronto Sun

What’s on the agenda now that Parliament has returned for the first time after the most important election since the end of the Second World War? Despite Prime Minister Justin Trudeau’s rhetoric, don’t expect them to do much in the near term. The fact that the House of Commons is meeting for the...

LILLEY: McKenna left politics but remains an outspoken climate hypocrite
Why look at an activist's actions when you can bask in the warm glow of their Earth-healing words

Yes, McKenna was in N.Y.C. just after getting back from the COP26 summit on climate change in Glasgow. Despite her noted swimming prowess, I can assure you she didn’t make it to either locale on her own steam.

Such is the life of a climate hypocrite. Glasgow one day, New York the next, Ottawa in between.

Of course, climate hypocrisy is not new, it’s been going on for years and mostly gets ignored by the mainstream media who hang on every word of these activists/hypocrites but ignore their actions. Why look at an activist’s actions when you can bask in the warm glow of their Earth-healing words.

Article content
Al Gore, he of Inconvenient Truth and losing to George W. Bush fame, made billions in the eco green space. His “documentary” was shown to schoolchildren the world over, convincing them that if they didn’t stop mom and dad from driving an SUV, the world would end.

Gore took his fortune earned from green schilling and bought houses – at one point he had a massive mansion in Tennessee and another in California. He not only travelled by private jet but once on the ground, required a motorcade to drive him and his entourage around.

Tom Steyer, the billionaire hedge fund manager who sought the Democratic presidential nomination last election, made a good part of his fortune investing in oil, gas and coal around the world. He then used his money to attack Canada’s oil sands pipeline projects like Keystone XL.

There are more climate hypocrites than can be counted among the Hollywood elite. Take someone like Leonardo DiCaprio, who has lent his fame and his voice to climate causes while also jetting around the planet in high style.


Back in 2016, DiCaprio was taking in the Cannes Film Festival on the French Riviera when he decided to hop on board a private jet to collect an environmental award in New York. He got back on the private jet the next day to head back into Cannes.

For the COP26 meeting in Glasgow, apparently DiCaprio skipped the private jet and flew commercial – first class to be sure, but commercial. That’s in stark contrast to other climate hypocrites like Jeff Bezos, Bill Gates, Prince Charles or McKenna’s old boss Trudeau.

Article content
In fact, there were roughly 500 private jets flown in just for the conference on how to save the planet by stopping the use of fossil fuels.

McKenna knows, though, that it is the words and not the actions of she and her fellow climate hypocrites that really matter — she told us that a few years ago in a truly honest moment.

“We’ve learned in the House of Commons, if you repeat it, if you say it louder, if that is your talking point, people will totally believe it,” McKenna said during a trip to St. John’s in 2019.

Well, it seems she believes her own hype and so do her fellow climate hypocrites.

Spam, is it strictly necessary to post these overlong tu quoque fallacies?

sometimes i find the articles amusing. i don't believe everything that is posted. petros asked me to post the full articles because the website requires the cache/cookies to be cleared in order to view the articles. It is November after all .
Reactions: Twin_Moose 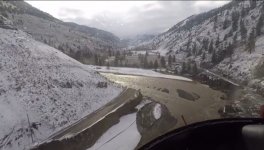 The road to nowhere
Reactions: taxslave, petros and Twin_Moose

Hoping to get in on some of the fixing.
Reactions: petros

taxslave said:
Hoping to get in on some of the fixing.
Click to expand...

It needs rethinking before fixing.
Reactions: taxslave and B00Mer 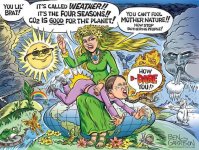 petros said:
It needs rethinking before fixing.
Click to expand...

Not with this government. Dogma only.
Reactions: petros

taxslave said:
Not with this government. Dogma only.
Click to expand...

Replaced with a giant bike lane.
Reactions: Ron in Regina, petros and taxslave

Hwy. 1 should be rebuilt with a third lane for rolling pipeline use only.
Reactions: petros 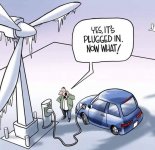 Reactions: Ron in Regina
You must log in or register to reply here.
Top Bottom