I heard Obamagate is blowing up right now

The Russia probe has been widely discredited by multiple investigations by DOJ's watchdog, Congress and Special Prosecutor John Durham. 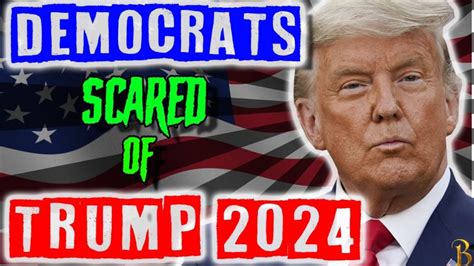 A long but very informative article

mentalfloss said:
This is the thread where all the seedy trash is hidden huh
Click to expand...

Have you found that smoking gun yet ?
Reactions: taxslave and Twin_Moose

mentalfloss said:
This is the thread where all the seedy trash is hidden huh
Click to expand...

Former FBI analyst Daniel Jones' testimony, released in a D.C. Superior Court civil case, recounts in painstaking detail how he formed the group The Democracy Integrity Project in early 2017, raised money for it and continued a private investigation into alleged Russian and other interference in the 2016 election.

Jones acknowledged in his testimony that he worked post-election with some of the key figures tied to Hillary Clinton's campaign and its now discredited Russia collusion allegations, including recently indicted former campaign lawyer Michael Sussmann and investigative researcher Glenn Simpson.

But in one of his biggest revelations, Sussmann testified he hired the author of the now-infamous and discredited Steele dossier to assist his work and felt obligated to alert the FBI when he met with Russia collusion investigators in March 2017. "I proactively reached out to the FBI," Jones testified.

"The purpose of that meeting was to alert the FBI, a place that I had worked with and who I had maintained contacts with who are still there, that the Democracy Integrity Project as an organization existed and that we were collecting information on foreign government interference in elections and that we had the information on foreign government interference in elections, as well as the fact that I had engaged the services of Christopher Steele for the Democracy Integrity Project and alerting them to that, given the public nature of what had transpired from the Bureau on this."......Much More
Reactions: taxslave

It Gets Worse: Look Who Worked Together to Frame Donald Trump With Fake Russia Hoax​

How much more frightening will this conspiracy get? Now, according to court documents reported by JusttheNews.com, we learn that The Dark Lord himself, George Soros, paid for his own investigator to work for the U.S. Senate Armed Services Committee to plant the fake Trump-Russia story–and that then-Senator John McCain let him do it.

Fight the urge to roll up in a ball and watch fairy tales on Netflix. Get your fingers out of your ears. Stop with your “John McCain hated Trump” pap. We all know that. We know McCain shopped the fake pee tape dossier too.

We know that the upper reaches of the U.S. government, including President Obama, Joe Biden, Hillary Clinton and their FBI, were a part of the effort to Get Trump. Bruce Ohr at the Department of Justice was in on it. The intelligence community played along with “CIA director John Brennan report[ing] to President Obama that Clinton herself approved the scheme in order to deflect attention away from her use of a private email server.” Biden’s national security adviser knew and lied about it. Democrat party-connected cyber sleuths using government contracts to gain access to secret data tried to frame and plant fake news about Donald Trump being a Russian secret agent. All of these apparatchiks put their expertise and privileged government positions into the service of Hillary Clinton for President in 2016.
Reactions: Dixie Cup and taxslave

54%.... That's the percentage of "Indigenous youth" (non elder) who are fully vaccinated.

"Are they experimenting on us", "It's the new Residential School". Etc etc etc.
Reactions: taxslave and Twin_Moose

I missed the Fiona Hill part of the indictment, well there goes the first impeachment narrative

Eventually, the lies will be proven as they are now. Unfortunately, the Dems refuse to admit they were instrumental in pushing this forward, but they tend to double down which often makes them look completely incompetent & inept - much like their leader, Biden!! His whole administration is incompetent & inept.
Reactions: taxslave, Twin_Moose and DaSleeper

Never , that is long buried and forgotten .
Reactions: Twin_Moose

And - the criminal investigation of Sussmann is ongoing.​