But but but "debt is good" says flossy.
Reactions: Twin_Moose, taxslave and B00Mer

petros said:
But but but "debt is good" says flossy.
Click to expand...

Flossy doesn't know his face from his ass...

On a brighter note, he has the smoothest hairless ass thanks to bic.
Reactions: captain morgan, petros and taxslave

Real inflation is at least 6 times the official rate. They just eliminate the costly items from their basket. Things like food, housing, gas, taxes that have all gone up double digits in the last 6 months.
Reactions: captain morgan and Twin_Moose

Why food prices will keep going up​

Why food prices will keep going up

Prices for soybeans and corn are hitting new highs and that's driving up the prices Americans pay for food at the grocery store with little relief in sight.

Why food prices will keep going up​

Why food prices will keep going up

Prices for soybeans and corn are hitting new highs and that's driving up the prices Americans pay for food at the grocery store with little relief in sight.

My bet is the farmers will see very little of that price increase.
Reactions: B00Mer 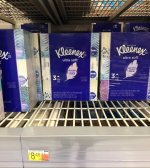 Can you wipe your nose with silver ?
Reactions: petros

naked shorting allowance and abuse in canada has kept the market way below that of any others and especially the US. Canada is a haven for short sellersand the dark pools are the major culprits where they can trade in 1/2 penny increments something that you and me are prohibited.

This is all legalized manipulation plain and simple. Resource stocks in PM's are the hardest hit and gets worse.

Just look at the short trading activity report usually that comes the day after the reporting period on an easy to read CVS file. You will see that a great percentage of canadian stocks have a shorting activity well above 20 -25 %

Hyperinflation has been here for about 4 years now.We are close to the point where it all falls down.

Land.. I hear they are not making any more of it.. then grow grain

There is lots of cheap land left in Canada for growing grain. You just need to buy it then clear it or drain it before CPP or Bill Gates do.
Reactions: Twin_Moose

Nine out of 10 say they are paying more for groceries, gas and shelter

More than nine out of 10 surveyed by Angus Reid say that over the past six months it has become more expensive to buy groceries. PHOTO BY JAMES PARK/POSTMEDIA

Inflation seems to be all we’re talking about these days.

We haven’t heard too much about what the average Canadian thinks about it, except maybe when lining up six feet apart in the grocery store checkout queue.

Until now. A new study by the Angus Reid Institute out this morning finds that just as we are about to emerge from 16 months of pandemic hell, Canadians are struggling with a side-effect of the ordeal — rising prices.

Official inflation data out yesterday revealed that Canada’s consumer price index rose 3.6% from May 2020, the biggest increase in a decade.

It’s something Canadians have known for months.

More than nine out of 10 surveyed by Angus Reid say that over the past six months it has become more expensive to buy groceries (92%), fill up their vehicle with gas (93%), renovate their home (96%) or buy a new one (95%). Buying a car? Seventy-two per cent noted higher prices, thanks to the global semiconductor chip shortage.

Across Canada, at least 83% of residents said home prices in their region went up over the past six months. And we’re not talking just Toronto and Vancouver. More people in rural areas reported rising home prices than urban ones, while Greater Montreal and Halifax reported the most intense increases in the country, said Angus Reid.

More than half of renters (56%) reported their rent had increased over the past six months, with virtually no one (1%) saying it had gone down.

Rising prices, along with on-again, off-again lockdowns, and an unemployment rate of 8.2% have taken a toll. Canadians surveyed were more likely to say they are worse off now (34%) than they were 12 months ago than to say they were better off (20%).

The survey shows the oil provinces of Alberta and Saskatchewan,have been hardest hit, where 45% and 43% of residents said they were worse off, respectively.

The pandemic has been especially tough on lower income earners, many whom have lost their jobs or are working less because of COVID-19 restrictions. In the survey, 46% of people making less than $25,000 said they were worse off, and 38% of people who make less than $50,000.

Nor do Canadian think rising prices will get better any time soon. Asked about the next six months, 85% say they expect groceries to get more expensive and 84% see gas continuing to go up. Four out of five expect little relief in the hot housing market.
Reactions: Twin_Moose 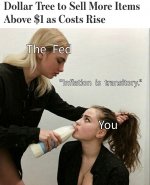 Reactions: Twin_Moose and Dixie Cup
You must log in or register to reply here.
Top Bottom