B00Mer said:
Where was he staying in Tofino
Click to expand...

Twin_Moose said:
I noticed the Casinos didn't shutdown in respect for the day
Click to expand...

I was lucky enough to have the day off. Always up for another paid vacation.
Reactions: Mowich In a statement Thursday, just after his plane departed, Trudeau said the first National Truth and Reconciliation Day was an opportunity for reflection

the continuing adventures of trudope.
Reactions: Mowich and Twin_Moose

Wow, what a great leader. Dredges up a new holiday and calls it Truth and Reconciliation Day and then says "fuck you" to the Tk'emlups on that very day because the little beach bum wanted to have fun in Tofino instead.
Can't you just smell the care and concern he has for Canadians that aren't from Quebec or Toronto? No, me neither.
Reactions: Mowich, Ron in Regina, taxslave and 1 other person 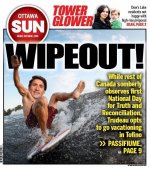 
“No public official goes skiing on Nov. 11, because we show respect to the veterans,” Angus remarked. “On this day of reconciliation, you don’t skip town and go to the beach because it’s about showing respect to survivors.”

The PM and his family departed Ottawa aboard a Canadian Forces jet shortly after 8 a.m., landing five hours later at the tiny Tofino-Long Beach airport.

Trudeau ignored questions from a Global News journalist who tracked him down on Chesterman beach.

The vacation sparked anger in Indigenous communities, with many questioning his sincerity in pursuing reconciliation.

The PM’s snubbed invitations included Tk’emlúps te Secwepemc First Nation near Kamloops, B.C., home of the residential school where the bodies of at least 200 children are thought to be buried.

“Justin Trudeau’s arrogant dismissal of @Tkemlups invitation represents a ‘slap in the face’ to all IRS survivors, especially grieving families of the children that never came home,“ the Union of British Columbia Indian Chiefs tweeted. “If this event was before the election; Trudeau would be there on both knees!”

“We have to demand more from the head of a government that continues to say that reconciliation is a top priority,” she told the paper. “It speaks volumes the fact that he’s in Tla-o-qui-aht territory and hasn’t acknowledged the significance of what today means.”

Liberal Leader Justin Trudeau in Richmond, B.C., on Sept. 14, 2021.
SURF'S UP: PM spends Canada's first Truth and Reconciliation Day on vacation
A woman holds a sleeping child as drummers play and people sing during a Tk’emlúps te Secwepemc ceremony to honour residential school survivors and mark the first National Day for Truth and Reconciliation, in Kamloops, BC., on Thursday, September 30, 2021.
LILLEY: No sense to be made of Trudeau's inexplicable surf trip
Prime Minister Justin Trudeau watches a blessing as Elder Commanda delivers a prayer including a smudging ceremony, on the eve of Canada's first National Day for Truth and Reconciliation, honouring the lost children and survivors of Indigenous residential schools, their families and communities on Parliament Hill in Ottawa, Sept. 29, 2021.
EDITORIAL: Trudeau utterly tone deaf — again

“We just came out of an election where there were a lot of promises made, and a lot of discussion about reconciliation and what that means,” she said. “He needed to be publicly present and there for the community … this is such a critical day for us.”

Groulx said Trudeau’s decision greatly sets back reconciliation efforts in Canada and won’t be soon forgotten by the Indigenous community.

Groulx channeled former NDP MP Romeo Saganash, who in 2018 famously remarked in the House that the Prime Minister “doesn’t give a f—” about Canada’s indigenous peoples. 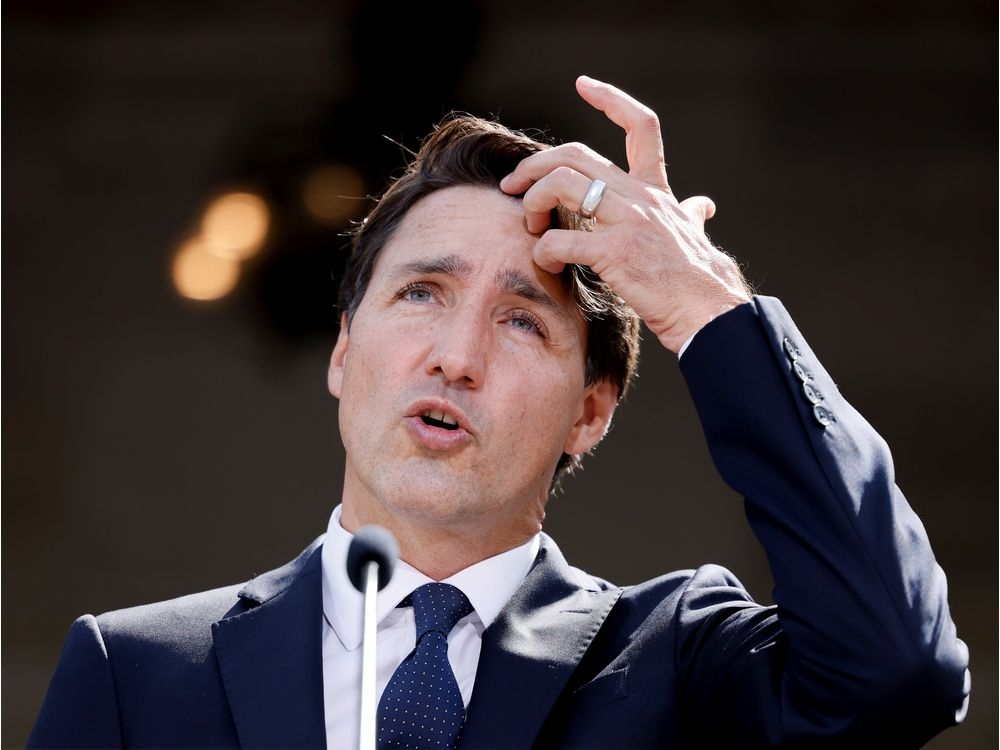 I think it's fine. It shows I don't have to do a damn thing on the day and should not feel guilty for doing nothing. Extra paid holiday. Now attach it to a weekend.
Reactions: taxslave and B00Mer

IdRatherBeSkiing said:
I think it's fine. It shows I don't have to do a damn thing on the day and should not feel guilty for doing nothing. Extra paid holiday. Now attach it to a weekend.
Click to expand...

Yup I don’t give 2 shits about the day..

They had a list already where these kids were buried, from sickness, disease but they decided to try and capitalize on it..

I feel more for the girls who go missing Natives and others that just disappear
Reactions: Twin_Moose 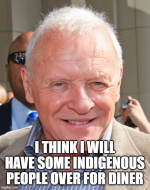 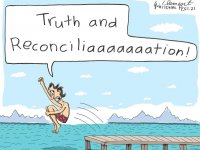 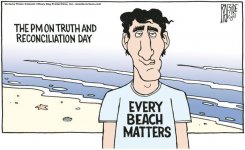 The list includes bible-study programs, placement of priests and nuns in remote northern communities, services under the frequently used label of "religiosity" and religious-document translation.

Some of the items include several hundred thousands of dollars for an Ottawa scholarship program for Indigenous students and support for a Regina drop-in centre for mainly Indigenous women and children.

$696,000, by the Roman Catholic Diocese of Mackenzie-Fort Smith, for community work and presence in the Northwest Territories by religious sisters and fathers.

$600,000, by the Roman Catholic Episcopal Corporation of James Bay, for community work and presence by persons ministering in three communities in northern Ontario, in addition to work that can be classified as "religiosity."

$540,000, by the Sisters of Instruction of the Child Jesus, for community work and presence in First Nations reserves and urban environments in Manitoba, Saskatchewan and B.C. by religious sisters. A variety of services was offered in addition to work that can be classified as "religiosity."

$465,150, by Les Oeuvres Oblates de l'Ontario, for community work and presence by pastors.
$360,000, by Les Residences Oblates de Quebec, for translation of Jewish and Christian scriptures into Innu.

$263,900, by the Missionary Oblates of Grandin, for a biblical studies program in Alberta; university courses offered by a team that explore culture and faith, God's love, social justice, women in scripture, sexuality, hope, healing, etc.

$256,800, by OMI St. Peter's Province, for community work and presence in two Mi'kmaq communities in Nova Scotia by a pastor and one assistant.

The in-kind services were one of three promises made by the Catholic Church entities in the IRSSA. They also promised to give "best efforts" to raise $25 million for support programs, though stopped after raising less than $4 million, and they promised to contribute a lump $29-million cash payment, but came up millions short.

The Church has repeatedly declined to provide details of the $25-million promise of in-kind services, other than to state publicly that the amount was exceeded.

Earlier this week, bishops from across Canada issued an apology to residential school survivors and promised a renewed $30-million fundraising campaign to provide support programs and other initiatives
Reactions: taxslave and Twin_Moose 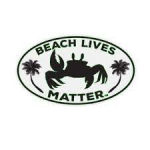 Maybe you should let the secret out .

IdRatherBeSkiing said:
I think it's fine. It shows I don't have to do a damn thing on the day and should not feel guilty for doing nothing. Extra paid holiday. Now attach it to a weekend.
Click to expand...

Many people did. Some didn't take a holiday. Cause service industry has to be open to serve all the government employees that get a day off.
Reactions: Twin_Moose and Ron in Regina 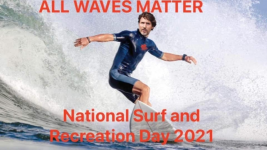 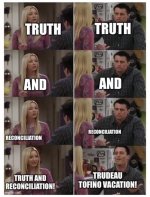 Reactions: B00Mer, petros and Twin_Moose
You must log in or register to reply here.
Top Bottom