Twin_Moose said:
If it can even save one life end the lockdown eh JLM?

Would these suicides be counted as COVID deaths?
Click to expand...

What has been done here to we the people can be seen as crimes committed against humanity. The untold suffering and loss of life because of this hoax and lie has been far worse than what the Convid virus could have ever done. But ask your local politician if they really give a chit. If they were really honest about it they would probably say, aw well, chit happens and it is all working out well for us. They will probably say also that this has allowed us to become and act more like dictators and allowed to create tyranny than we ever thought possible and be able to get away with. Just my opinion of course.
Reactions: Twin_Moose

Wow, what more can be said? 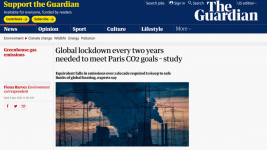 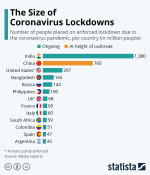 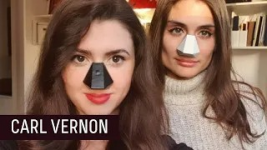 For people who can't breathe in through their mouths? 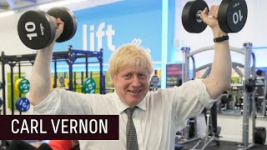 Now They Want You to Do it​

Billionaire globalists like B. Gates and his ilk need to be locked down forever. Something they want to do to we the people forever. 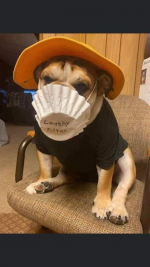 We are truly lucky that we still have one honest news outlet left in Canada like The Rebel around that does try to get the other side of the story out. The rest of the leftist lieberal media party(CBC-GloBull-CTV)in Canada would never cover her story. The media party tries very hard to keep people like her and her story out of the news. Those media outfits mentioned above have been pretty much bought off by our dear comrade leader globalist buffoon. What was that buffoons name again? I try to forget that name as much as possible. I get sick in my stomach every time I see his ugly communist mug on TV. Lol.

We are truly living in globalist communist times these days here in Canada. If we never knew what life is like living under communism, well, we certainly are learning what communism is all about today thanks to The Rebel. The RightEdition.com comes to mind also.
Reactions: Twin_Moose

When it comes to the Covid 1984 virus hoax nothing works because it is all just plain bull shit. Sadly, most people are just happy to go along to get along. Geez, what will my family and friends say to me if I dare to ask questions about Convid 1984? They might disown me. Cowards and wimps.
Reactions: Twin_Moose

Break lockdown rules by attending a party and you get slated by the mainstream media and politicians:

Police who broke up a party which breached lockdown rules found guests had travelled hundreds of miles to attend.

Officers arrived at a house in Gloucester to find "loud music, flashing lights and drunken singing".

They found a man hiding in a bath and guests who had travelled from Durham, 250 miles (402km) away.

It was the first time Gloucestershire Police handed out £800 fines under new powers to crack down on parties.

Loud music and singing can be heard on bodycam footage, with one officer commenting "there's a full-blown party going on inside". 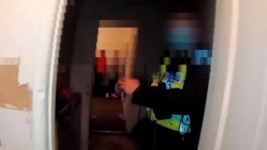 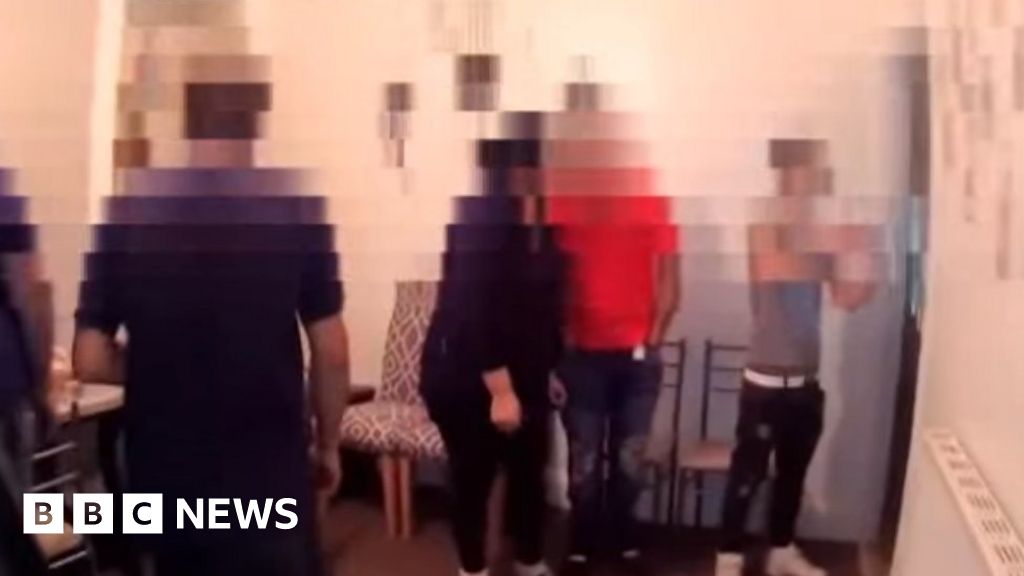 Police found someone hiding in the bath when they broke up the party in Gloucester.
www.bbc.co.uk


But break lockdown rules by attending a vigil for a murdered woman and the mainstream media and politicians support you and instead attack the police for trying to enforce covid regulations:

The leader of the Liberal Democrats has said Met Police Commissioner Cressida Dick should resign over the handling of a vigil to mourn Sarah Everard.

Officers removed women who had gathered on Clapham Common, south London, to pay tribute to the murdered 33-year-old, despite Covid restrictions.

Police were seen handcuffing and leading women away from the vigil.

One video posted online showed officers removing women who were stood in the bandstand.

Cries of "shame on you" and "let them go" could be heard from onlookers. The video showed them being put in a police van and driven away.

Mr Davey said in a tweet that Ms Dick had "lost the confidence of the millions of women in London".

Ms Patel called footage on social media "upsetting" and said she had asked the Met for a "full report on what happened".

And Sadiq Khan, the Labour Mayor of London, said the scenes were "unacceptable" and that he was "urgently seeking an explanation" from Ms Dick.

"The police have a responsibility to enforce Covid laws but from images I've seen it's clear the response was at times neither appropriate nor proportionate," he tweeted. 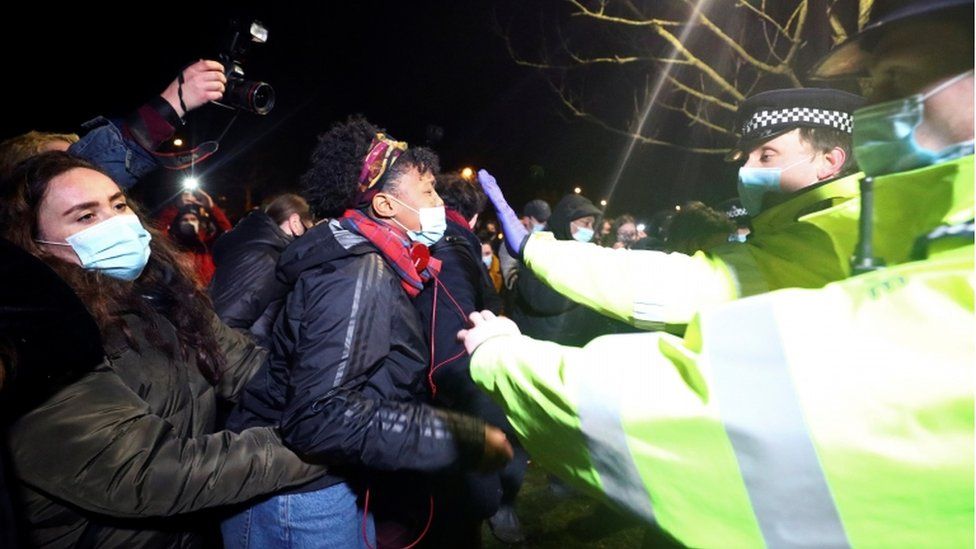 Lambeth police tweeted that "hundreds of people are tightly packed together in breach of the regulations and risking public health".

"We are urging people to go home and we thank those who have been engaging with officers and who are leaving," the tweet added.

A tweet posted by Sisters Uncut alleged "male police officers waited for the sun to set before they started grabbing and manhandling women in the crowd". 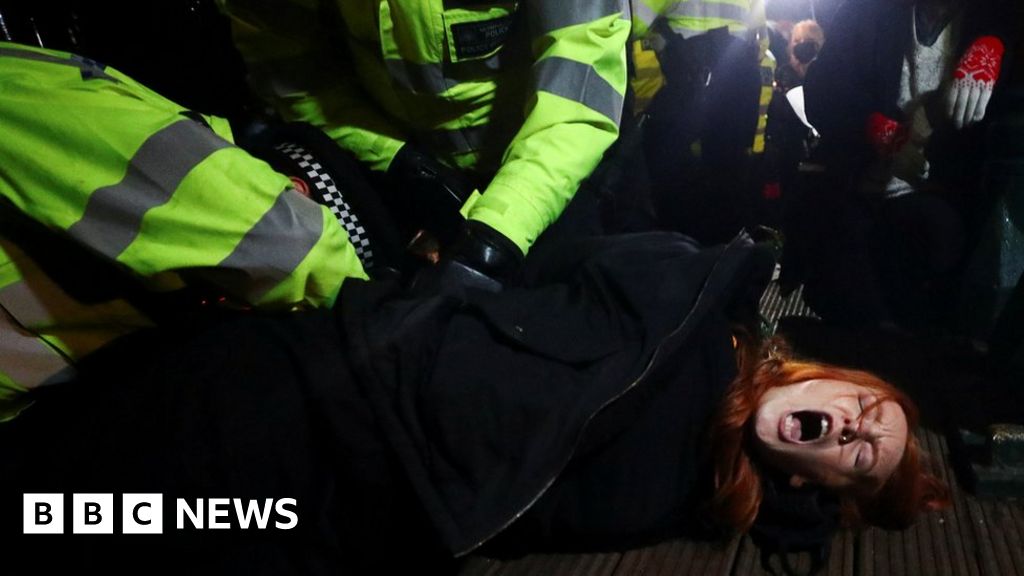 The home secretary wants an independent investigation into the handling of a vigil for Sarah Everard.
www.bbc.co.uk