But apparently it's just fine and dandy for the bigot Minister to mock and dismiss those who don't quite believe that climate change is man-made.

Add our bigot hairbag Governor General to the mix, and you can see the futility in trying to fulfill gender quotas. You never get the best qualified person...just a couple of hysterical, finger-pointing, sanctimonious feminists masquerading as qualified politicians.

She has a rather thin skin for one who wants to play in the political arena .She does have the arrogant liberal act down pat however .

Communist’s are always right about everything. 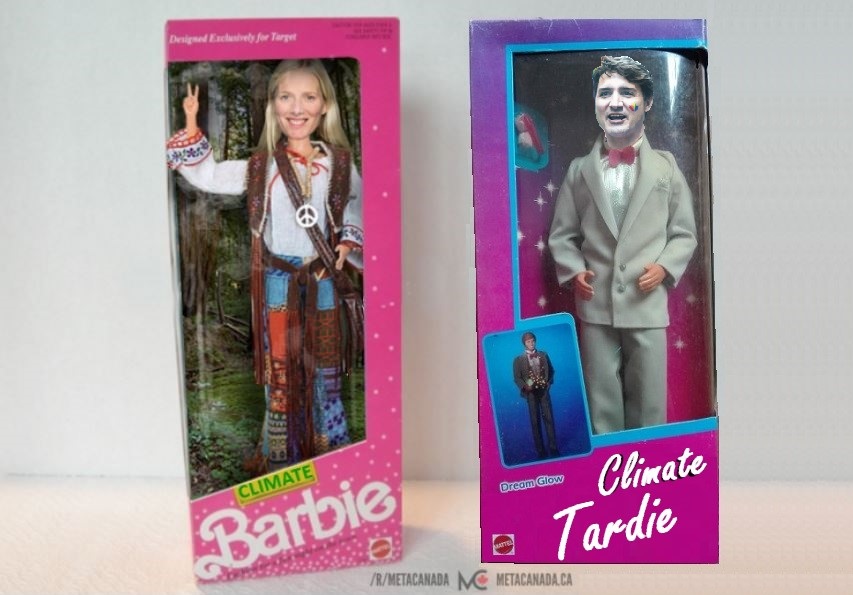 What criteria establishes a political position holder as qualified, competence has long been dropped as a requirement witness our current gaggle of bumblers. Trudoughs' push for more feminists to hold political positions has simply exacerbated an already befuddled regime, bad enough we hapless ontarians have wynne but now we've even more attitude to endure.

Being a minister these days has nothing to do with merit and everything to do with demographics.
I hope she walks everyWhere instead of using a carbon spewing jumbo jet.

Serious news magazines get away with it all the time.........they just use the term in headlines. :lol:

They don't need to push agendas or propaganda either and yet here we are.

Nope. Only fake news organizations like Faux do that

Actually, all news organizations do that.

Wow, it must be nice traipsing through life so full of naivete.

I wish I could find the site again because it was a listing of the major media organizations in Europe and North America, where they sat on the political spectrum and how they portrayed the news. Turns out there's only 3 major media outlets in North America that aren't busy playing the partisan hack game. There's one in Canada and two in the US, with one of the three being a financial publication.

The NYT used to be the "paper of record" or whatever. They were a bastion of journalistic integrity. Today, they're nothing more than an agenda pushing, rights violating rag that isn't fit for lining bird cages.

CNN is even worse. CNN might as well be the propaganda wing of the DNC. They sure act like they already are.

So no Virginia, Faux News is far from the only major fake news outlet these days.

He'll disagree with a sunrise just to garner attention. And he forgets half the time what he's disagreeing with. His shtick is so old and stale, he reminds me of the late Edgar Bergen...his lips move more than the dummy.

He'll disagree with a sunrise just to garner attention. And he forgets half the time what he's disagreeing with. His shtick is so old and stale, he reminds me of the late Edgar Bergen...his lips move more than the dummy.
Click to expand...

That's what all the pretend conservatives say.
You must log in or register to reply here.
Top Bottom