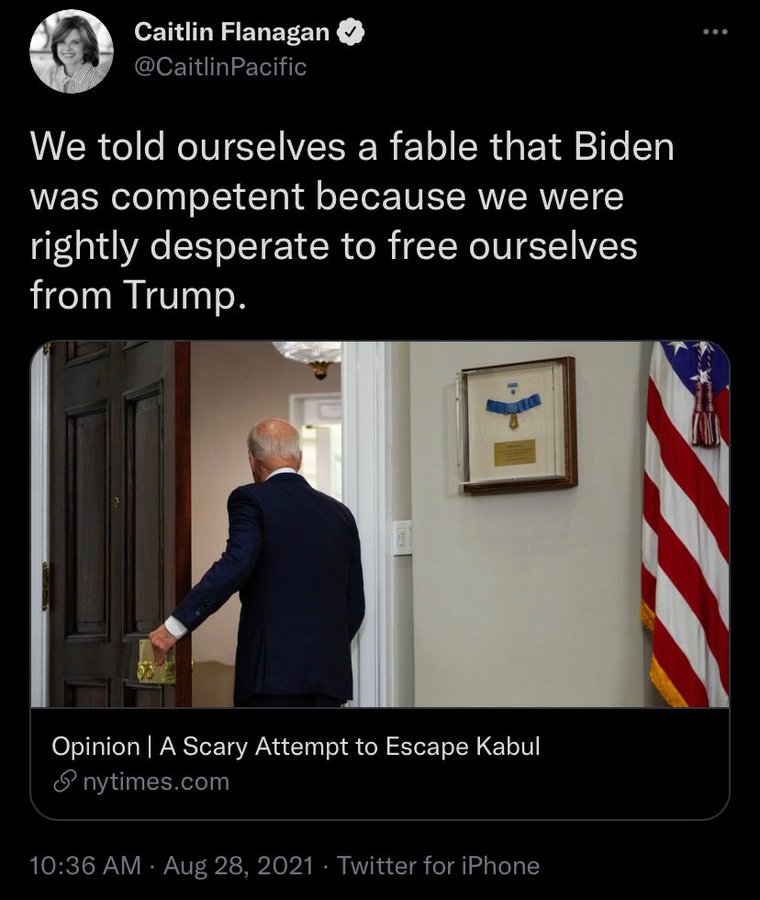 Dixie Cup said:
According to the State Department they "de-militarized" the equipment that was left. Ya, sure they did.
Click to expand... 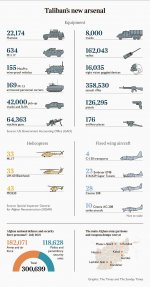 They were flying around with a guy hanging by the neck on some of that “de-militarized” equipment
Reactions: Dixie Cup and Twin_Moose

They did an awesome job replacing the Taliban with the Taliban.
Reactions: Dixie Cup, Jinentonix and Twin_Moose

B00Mer said:
They were flying around with a guy hanging by the neck on some of that “de-militarized” equipment
Click to expand...

Did they manage to land?
Reactions: Twin_Moose

The corrupt UN will save American lives? Yeah right

This where we find out if Beijing has balls or if they are in still tucked away safely in Mao's silk purse.

The Highway to Hell depends on A-Stan.
Reactions: Twin_Moose

As Biden repeats claim that ‘nobody could have known’ Afghan Army would collapse, bombshell transcript from July reveals he pressured Afghan President Ghani to create 'perception' Taliban wasn't winning ‘WHETHER IT'S TRUE OR NOT’​

Gee, would that be the same UN that passed a resolution stating that every country has the right to self-determination while ignoring what China is doing with Hong Kong and Taiwan? Yeah, I'm sure those Americans will be just fine. The Taliban are all about UN resolutions and human rights.
Reactions: Twin_Moose

Jinentonix said:
Gee, would that be the same UN that passed a resolution stating that every country has the right to self-determination while ignoring what China is doing with Hong Kong and Taiwan? Yeah, I'm sure those Americans will be just fine. The Taliban are all about UN resolutions and human rights.
Click to expand...

Knowing the UN history, they will be the next chair of the HR committee.
Reactions: Twin_Moose and Jinentonix

IdRatherBeSkiing said:
Knowing the UN history, they will be the next chair of the HR committee.
Click to expand...

It would be funny if it weren't so true.
Reactions: Twin_Moose

Twin_Moose said:
Apparently the Taliban is to get a rep on the human rights committee

Ya know what's sad. Up until sometime in the 70s the City of Kabul was a decent place. Many said it was more of a European city than many European cities were. Women went to school/university. They worked "non-traditional" jobs. They sang, they danced, they dressed how they wanted and/or in the latest fashions. They were free to live the lives they wanted.
Then subhuman religious extremists and commie shit bags ruined it all. Then the US came along and did a reverse Vietnam. Instead of sending in the troops, they armed and trained the local armed groups and others who had joined them to use in a proxy war against the communists. They in turn indoctrinated many kids with extremist islamic views and thus created the Taliban we all know today.

Let that be a lesson to the sleepy ones out there. It took about 20 years for Afghanistan to go from moderate and free, to a communist shit-hole, and about another 20 years after that to be turned a religious extremist shit-hole.

The center of the road is all the usable surface. The extremes of left and right are the gutters. - Dwight D. Eisenhower.

Just because you've been force fed a particular ideology since childhood doesn't mean it's a good ideology or the shit you've been "taught" is true or accurate. People are force fed religion, just like the Taliban were, and they rarely alter their beliefs either.
Reactions: Twin_Moose and IdRatherBeSkiing 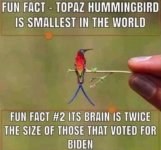 During an event today, Joe Biden again lied and claimed that he came “out of the civil rights movement” in Delaware during the 1960s
Biden made this up and has repeated it multiple times over the years
It’s simply not true pic.twitter.com/qtI7K5YjWP
— Zach Parkinson (@AZachParkinson) September 2, 2021
Click to expand...

In 1987 Biden admitted he lied about his involvement in the civil rights movement.

Biden said he wasn’t “an activist,” wasn’t “out marching,” and wasn’t “down in Selma”

His extent of being “involved” was being the only white lifeguard at an all black pool in Delaware (where he learned about roaches and kids jumped on his lap).