At least they found someone with the right name to lead the nutbar party. 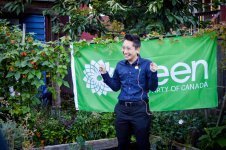 I have no idea what all that means. Does pansexual mean she take all comers, or none at all?

taxslave said:
I have no idea what all that means. Does pansexual mean she take all comers, or none at all?
Click to expand...

Pansexual I think means, just about fucks anything on 2 or 4 legs..

So if you own a sheep farm.. no rubber boots or velcro gloves 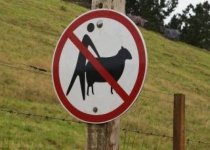 Article content
Kuttner, 30, who identifies as nonbinary and transgender, says they want to bring an end to internal squabbles and get the party “back on track” during their time in the role before the Greens choose their next leader.


The astrophysicist from Vancouver says that with flooding and climate change devastating the country, this is the “exact moment” when the Green Party’s policies are most needed.

Public support for the Greens plummeted in the Sept. 20 election and then Annamie Paul quit as leader, describing her time in the job as the worst period in her life.


In an interview with The Canadian Press, Kuttner says they have been the target of transphobia within the party and finds some internal party politics to have been “very nasty.”

They said the solution is not to kick people out of the party, but to teach them to appreciate other people’s experiences and points of view.

OTTAWA — Amita Kuttner, the newly named interim leader of the Green Party of Canada, says their job is to heal the party after months of infighting and strife.

I think Spammy is a Greenie

Amita Kuttner is a HE, on hormones to get tits.. and sometimes dresses like a dude or a girl depending on the day..

I still say Trans is a Mental issue..
Reactions: petros

B00Mer said:
I think Spammy is a Greenie

nope. its a political board so i occasionally post political threads and political posts. not a fan of politics, politicians, trannies, etc.

if she ever becomes pm she will be more manly than our current pm.

Let the person win a seat in parliament, then we will take any of this seriously

Tecumsehsbones said:
Being a rent-boy pays pretty well, I guess.
Click to expand...

since they are a climate change party i thought they would have been in 1st place provincially and federally.

spaminator said:
since they are a climate change party i thought they would have been in 1st place provincially and federally.
Click to expand...

Considering the new leader and the one that just got kicked out, climate change is the last thing on their agenda.

That'd be funny in the U.S., cuz we call our money "green." (Actually, it's grey on the front, green on the back, hence "greenbacks.")
Reactions: Mowich

hopefully the beginning of the end.
You must log in or register to reply here.
Top Bottom