X-border effort to save the "scrotum frog"

The frog lives its entire life in the waters of Lake Titicaca and nearby lagoons. It has loose, baggy skin which ripples around its body in folds, which earned it the nickname "scrotum frog". 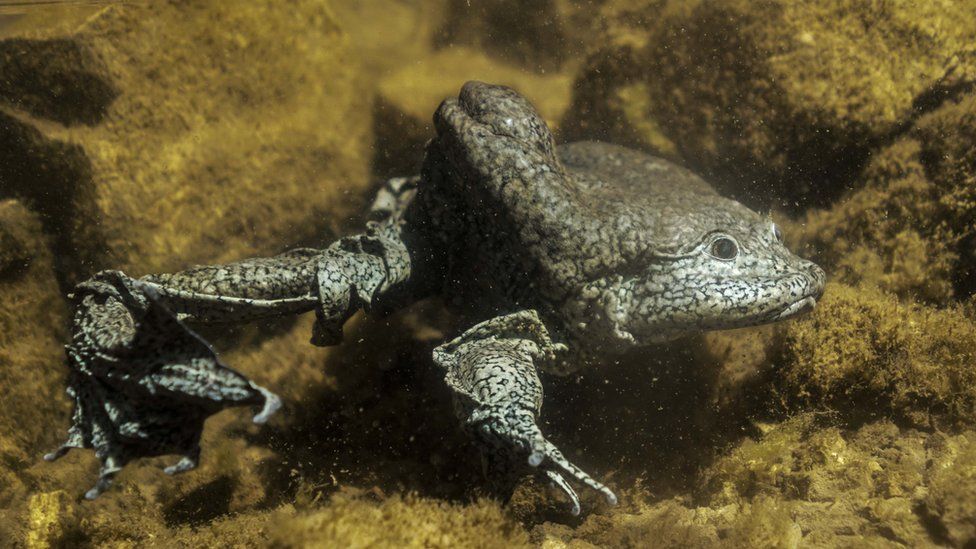 Scientists think the skin flaps help the frogs absorb more oxygen in the lake's water, which is located at a height of 3,800m (12,500ft) above sea level.
Telmatobius culeus are large - their bodies alone can measure up to 14.5cm (5.7in). However, French explorer Jacques Cousteau described coming across a specimen measuring 50cm in total length in the 1970s.
It is exclusively aquatic and can be found at depths of up to 100m (330ft).
In 2016, thousands of the frogs were found dead on the shores of a tributary to Lake Titicaca. Pollution from agriculture and plastics were thought to have caused the mass dying.

More: https://www.bbc.com/news/world-latin-america-53553636
You must log in or register to reply here.
Top Bottom