In February, State Sen. Jim Runestad spearheaded a letter signed by seven others calling on Nessel to launch a probe into Whitmer’s April 15 executive order mandating long-term care facilities admit COVID-infected patients, in a similar directive to that handed down by New York Gov. Andrew Cuomo. Whitmer’s order was renewed throughout the summer until it was finally rescinded in September.

“Attorney General Nessel knows the right thing to do – and that is to get answers for every family who lost a loved one to COVID-19 in a nursing home,” Runestad said in a Monday statement, as the true toll of Whitmer’s order remains unknown. The governor’s Department of Health and Human Services is undergoing active litigation to keep data private that could reveal the true effects of Whitmer’s order on nursing homes.

Hours after Runestad’s statement, Nessel sent a letter to the state senator denying Republicans’ request for what she decried as a “political” investigation.

“Though I will not hesitate to act when justified, I also will not abuse the investigatory powers of this Department to launch a political attack,” Nessel wrote. “No investigation is warranted at this time.”

Nessel argued no investigation was needed, despite the governor’s office withholding data that could reveal the severity of her own orders, in part based upon a report from the University of Michigan that concluded the state’s strategy to protect nursing homes “performed well.”

The report conducted by the University of Michigan’s Center for Health and Research Transformation, however, according to Detroit News Reporter Craig Mauger, was funded by the Health Endowment Fund, which has a board appointed by the governor.........More in the article

Better than the Carson plan?

What is she afraid of by not having an even number of bilateral representatives in the probe?

A commission of 7 Dems and 4 Rep. is not representative to the 5 Dem. house majority


https://twitter.com/i/web/status/1372579117854552065
"The problem is the scope," Pelosi said Wednesday, according to the Associated Press. "Are we going to seek the truth or are we going to say we’re not stipulating that anything really happened that day?"

In addition, Republicans objected to the proposed makeup of such a commission – seven Democrats and four Republicans – to "conduct an investigation of the relevant facts and circumstances relating to the domestic terrorist attack on the Capitol." And they want it to include looking into the violence related to this past summer's social justice demonstrations.

Still, the idea of such a commission might still have some life.

A House GOP leadership aide said Wednesday that House Republican leader Kevin McCarthy is continuing to request that Republicans have equal representation on the panel and greater subpoena power, identical to the 9/11 commission, the wire service also reports.

She must be doing something right if the Left hate her so much, couldn't be all the bills being rejected because she is calling for roll call instead of voice votes?

It's about keeping people in congress safe wow!

I would definitely want a roll call vote on this for the record who is for and against expelling a congressperson against the wishes of her district that haven't called for a removal or even a recall petition like Newsome.


https://twitter.com/i/web/status/1372904183981088774
https://twitter.com/i/web/status/1372893073018064903
That’s why we’re suing the Michigan Department of Health and Human Services. After the state began adding additional deaths to its daily tally, known as vital records deaths, one of us (Mr. LeDuff) requested the underlying data of these newly added deaths. This included the age of the deceased, date of death, when the death was added to the published data, and most importantly, which cases that led to death originated at a long-term care facility or nursing home.

While the department could have easily released this data, it claimed the details would reveal protected health information. Yet records with even more specific data — such as death certificates — are already available for public purchase, and the department has released some information drawn from these records already.

The department is basically saying it can release information as it pleases, but ordinary citizens cannot be trusted with the raw data. Our lawsuit rejects this anti-transparency approach, and asks the courts to apply our transparency law fairly. If we are successful, the department will be required to release the data behind Gov. Whitmer’s pandemic policies — including the facts involving deaths in nursing homes.


Much more in the article 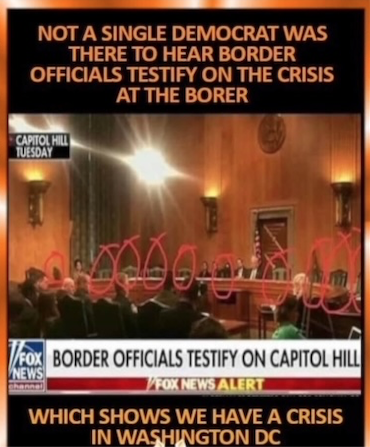