petros said:
They are building an offensive military. Taiwan is going to be invaded as will a few Philippine and Japanese Islands. Soon. Very very soon. This spring type soon.
Click to expand...

Only if Biden is POTUS.

Why Big-City Dominance Is a Problem for Democrats​


The Cultural Problem: Many of America’s largest cities, especially on the coasts, are moving left and pulling away from the rest of the country.​

Earlier this month, the Los Angeles Times published an analysis of California ballot measures that found that “the state’s two major population centers have grown more and more different” from the rest of the state. Residents of Los Angeles and the Bay Area were at least 30 percentage points more likely than other Californians to support various propositions, such as reinstating affirmative action and allowing parolees to vote. A 30-point gap is massive—akin to the difference between deep-blue Massachusetts and purple Pennsylvania. From a political perspective, Los Angeles and the Bay Area look like leftist havens in an otherwise moderate state.

This phenomenon is not specific to California; it is evident across the country. America’s richest and most progressive cities—from San Francisco to New York and Washington, D.C.—have filled with young, unmarried, “extremely online” graduates of elite colleges, who have collectively birthed a novel philosophy you could call “Instagram socialism.” Instagram socialists are highly educated, but not necessarily high-earning, urbanites who shop like capitalists and post like Marxists and frequently do so in adjacent tabs. Many of their causes are virtuous, such as universal health care and higher pay for low-income service workers. But given the dynamics of online communication, which prizes extremity, Instagram socialism usually functions as a crowd-sourcing exercise to brand widely appealing ideas in their most emotional and viral—and, therefore, most radical—fashion. Thus, major police reform (a popular idea) is branded “Abolish the Police” (an unpopular idea); a welcoming disposition toward immigrants (a popular idea) is blurred with calls for open borders (an unpopular idea); and universal health care (a popular idea) is folded into socialism (an unpopular idea).

“Defund police, open borders, socialism—it’s killing us,” said Representative Vicente Gonzalez, a Democrat from South Texas who nearly lost a district this year he’d previously won by 20 points. Beyond giving Republicans and Fox News easy ways to tarnish otherwise appealing reforms, Instagram socialism’s sloganeering is a turnoff for moderates who spend time online but are not, in the modern capital-O sense, Online. The average voter in a general election is something like a moderate 50-year-old woman without a four-year college degree who stays away from partisan media and follows politics only occasionally. She might hate Trump, but her dispositional conservatism makes her less likely to embrace policies tweaked in a social-media lab for viral emotionality.

The urban-online core of the Democratic Party is arguably its most fecund source of new ideas, but it has evolved to become a kind of third party whose ideology and tone are not a good fit for the typical swing voter toggling between the two major parties. The “culture problem” of liberals’ urban dominance also has important implications for the media. As national politics has polarized according to youth, education, and density, the news industry has become particularly young, educated, and densely packed into a handful of cities. Thus people who work in national journalism (like me, a resident of Washington, D.C.) tend to have a set of strongly held views about the world that are artifacts of their zip code. America’s most progressive metros are becoming politically unusual at the same time that national journalists are less capable of seeing how unusual they have become.

Last year, I wrote that several demographic trends, including liberal urban migrants moving to southern suburbs, could help the Democrats recapture the Sun Belt in the future. That future has arrived: With their victories in the November election, Democrats now hold all eight Senate seats in four key southwestern states—Arizona, New Mexico, Colorado, and Nevada—for the first time in almost 90 years. They flipped three House seats—two in urban North Carolina, one in suburban Georgia—and two Senate seats, in Colorado and Arizona, and could flip two more in Georgia. (Outside of the broader Sun Belt, Democrats did not flip one single congressional or Senate seat.)

But just because southern metros shifted away from Trump doesn’t mean that blue Phoenix is the same as blue Brooklyn. On the contrary, if Democrats are going to be a truly metropolitan coalition, they’re going to have to reckon with the fact that not all metros are alike. To take an obvious example: Strict gun-control ordinances that would be hugely popular in Boston might have no chance in suburban Dallas. More subtly, academic critiques of white supremacy that have currency in north Brooklyn might not be as persuasive in the northern suburbs of Atlanta. We are already seeing the battle lines drawn between left-wing urban cores and more centrist southern suburbs. In an interview with The New York Times after the election, Representative Alexandria Ocasio-Cortez excoriated the establishment for not spending enough money on digital advertising; meanwhile, moderates such as Representative Abigail Spanberger, who narrowly won reelection in Virginia, have upbraided the progressive wing of the party for abandoning the centrism necessary to win in places like suburban Richmond.

It’s possible to synthesize these critiques: Democrats might be better served by more digital advertising and more moderate messaging nationwide. But at a broader level, the dispute is a reminder that the current Democratic Party is a riotously diverse coalition, spanning extremely different cities and suburbs, combining young online activists, moderate normies, and conservative Never Trumpers.

This might be the most important lesson going forward. In the past 100 years, Democrats have transformed from a largely rural party to a coalition of density and diplomas—a political handshake between the cities and highly educated suburbs. To win not only the presidency but also legislative majorities, Democrats will have to turn back the clock and refamiliarize themselves with Americans who live outside denser zip codes where Democrats currently dominate. They will have to rediscover the right balance between their progressive urban core and the moderate exurban frontier—between metro and retro. 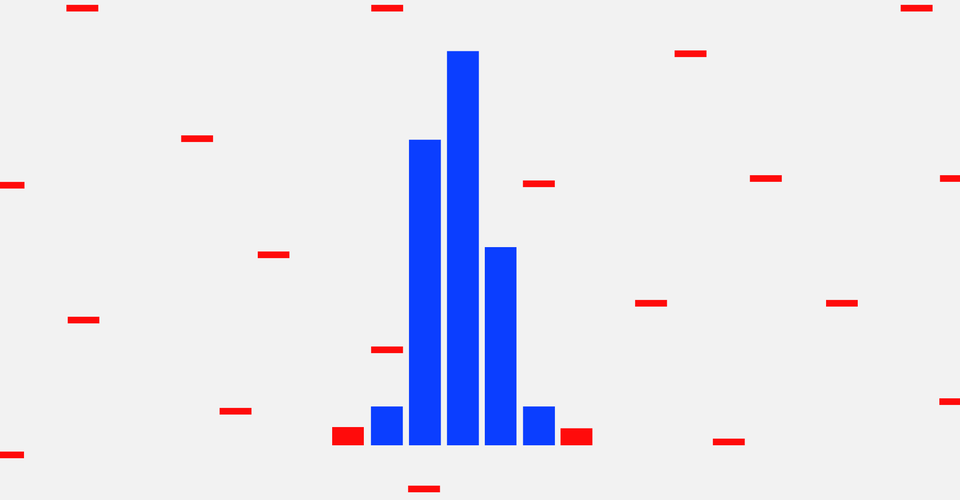 Why Big-City Dominance Is a Problem for Democrats

Why the US was Lucky to get Donald Trump | George Monbiot​

And why they may not be so lucky next time
You must log in or register to reply here.
Top Bottom