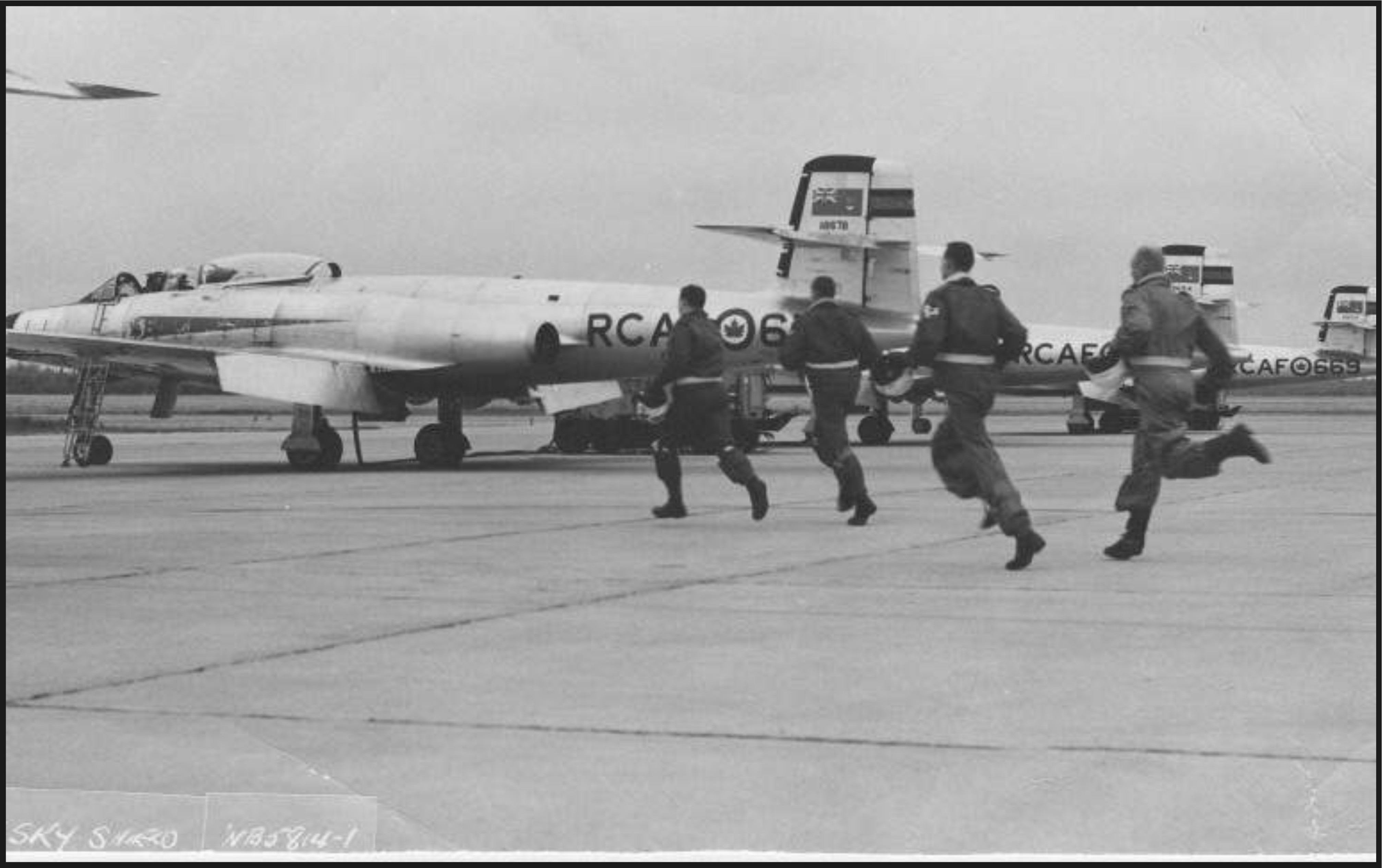 In September 1960 and on October 14, 1961--the date of this photo--NORAD conducted Exercise Sky Shield. Practicing to respond to an attack on North America, all civilian aircraft in Canada and the United States were ordered grounded, and remained at that status for hours, while over 1,800 NORAD interceptors took part in 6,000 sorties.

The jets--fully armed--and crews belong to 414 Fighter Squadron, at RCAF Station North Bay. They were on 5-minute standby--from receiving the alert they had to be airborne within five minutes.

Except for aircraft in Hawaii, the entire U.S. and Canadian commercial fleets and all civilian aircraft were grounded.

Operation Sky Shield II, which ran for 12 hours in October 1961, was the second time—and the longest—that U.S. civil air traffic had been grounded. The first was Sky Shield I, run on September 10, 1960, from 2 a.m. to 8 a.m. Eastern Daylight Time. The third and final time—until last September—was Sky Shield III: five and a half hours beginning at 3 p.m. EDT, September 2, 1962.

The exercise was a waste of time the planers never considered an attack on North America by North Americans.
C

darkbeaver said:
The exercise was a waste of time the planers never considered an attack on North America by North Americans.
Click to expand...

... or Hatians and Cubans in boats, Mexicans in running shoes ...

All of them have invaded North America since that stupid exercise.
You must log in or register to reply here.
Top Bottom