Madelene Wright's career flamed out late last year after videos emerged on Snapchat of the athlete drinking champagne while she was driving.

Fans of London club Chelsea celebrate as Chelsea pull out of the European Super League...

Manchester United are destroying Roma 5-2 in the Europa League semi-final. It's on here in the takeaway. 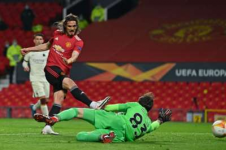 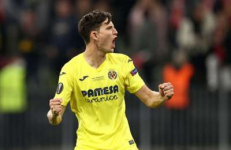 Spanish side Villarreal have beaten English giants Manchester United 11-10 on penalties in the final in Gdansk to win their first European trophy. Manchester United's Spanish goalkeeper David De Gea was the only penalty taker who failed to score for the 2017 tournament winners and in the shootout. Since the tournament's inception in 2010, taking over from the former UEFA Cup, Portuguese club Porto are the only non-Spanish or non-English club to win the tournament. 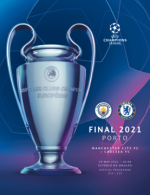 I'm very much looking forward to this tomorrow night. I'll be watching it. Football's equivalent of the Super Bowl - the Champions League final. This year it's featuring two English clubs - Manchester City and Chelsea. City have never won it and Chelsea won it in 2012. City must be the favourites bit it could easily go either way.

England Vs Andorra in a 2022 World Cup qualifier has just kicked off, England's first match at Wembley since they finished second at Euro 2020.

Andorra are fresh from beating San Marino 2-0 on Thursday night, only their fourth ever competitive victory. 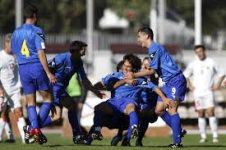 Portuguese superstar Cristiano Ronaldo, the world's best player, scored twice in his first match since returning to Manchester United after 12 years, during which time he's played for Real Madrid and Juventus, to help them beat Newcastle United 4-1 in the Premier League. 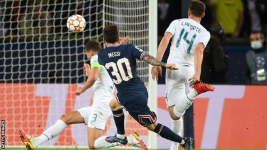 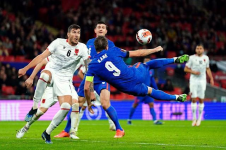 Almost-European Champions England showed once again they are probably Europe's best team right now despite that Euro 2020 Final defeat on penalties to Italy by crushing Albania 5-0 to stand on the verge of qualifying for the 2022 Qatar World Cup. All the goals came in the first half, three of them by captain Harry Kane who also stands on the brink of becoming England's all-time leading goalscorer. His third goal, and England's fifth, came in stoppage time at the end of the first half and was a sublime volley. England, ranked 5th in the world, need just a point (a draw) against tiny San Marino - the lowest-ranked national football team - on Monday night to qualify for Qatar 2022.

It's the first time England have scored six goals in the first half of a match since 1946 vs Netherlands.

Full of drama tonight these UEFA qualifiers for the 2022 World Cup.

Switzerland have gone 1-0 up against Bulgaria which mean that qualification for European Champions Italy is in doubt. Italy are still 0-0 against plucky Northern Ireland. 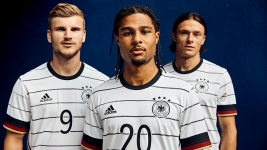